John Grey, a philosopher at Michigan State University, is the winner of the 2018 Sanders Prize in the History of Early Modern Philosophy.

The prize is offered every other year by the Marc Sanders Foundation, and is awarded to the best submitted essay of “original research in the history of early modern philosophy, interpreted as the period that begins roughly with Descartes and his contemporaries and goes to the end of the eighteenth century.” Entries are judged by a committee appointed by the editorial board of Oxford Studies in Early Modern Philosophy.

Here is the abstract of Dr. Grey’s paper:

In the Tractatus Theologico-Politicus (TTP), Spinoza argues that “the right of each thing extends as far as its determinate power does” (TTP 16.3, G III/189); subsequently, in the Tractatus Politicus (TP), he offers a slightly revised argument for the same conclusion. Here I offer an account of the reasons for the revision. In both arguments, the natural right of finite individuals is derivative of God’s right. However, the TTP argument hinges on the claim that each individual is part of the whole of nature (totius naturae), and for this reason inherits part of the natural right of that whole. Using several analogous cases from the Ethics, I show that this form of argument from division is not compatible with Spinoza’s considered view about the way in which finite individuals derive properties from God. The revised argument, by contrast, avoids the pitfalls of his earlier efforts. It also better reveals the deep roots by which the monistic metaphysics of the Ethics feeds into Spinoza’s conception of natural right.

You can read the whole paper here and more about the prize here. 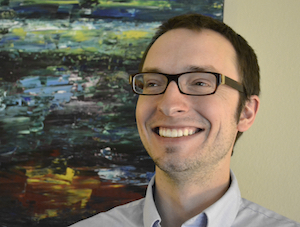 Congratulations, John! So glad to see your excellent work recognized!Report