He joined the University of Pittsburgh in 1960, founding its Center for Philosophy of Science. Prior to that, he was a professor at Lehigh University. He received his PhD in philosophy from Yale in 1951.

You can read more about Professor Grünbaum’s life and career here. 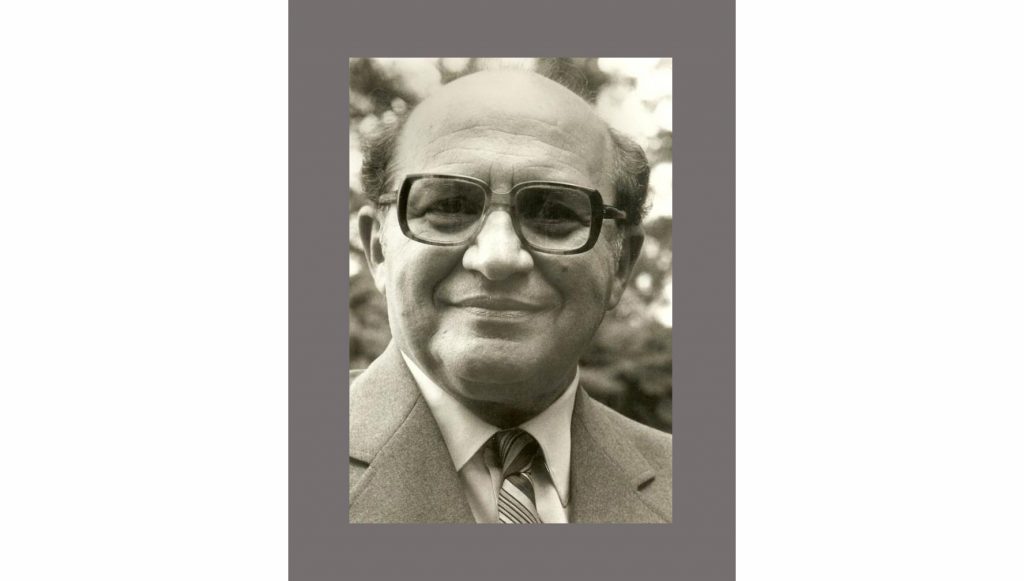 As a grad student, Grunbaum’s work in philosophy of time and relativity had a profound effect on the subsequent course of my studies for decades. He was something like an extra dissertation committee member in spirit–I owe him so very much.Report

While I had the chance to know him slightly from his visit to Notre Dame, a comment about his space-time work might be of more general interest. Those who work in that field will know how his work moved from central in the 1970s to forgotten in a quite brief period. This shift, however, implied that some of his good points had to be rediscovered in the 2000s+ debate on dynamical vs. geometrical approaches to space-time theories, in which similar points are made (by the dynamical side) using similar examples. His discussion of what he calls “Riemann’s concordance assumption” is really outstanding (1970, reprinted in Ch. 16 of the second edition of _Philosophical Problems of Space and Time_). How the opinion could arise that conventionalism had been refuted (especially by Putnam) is hard to understand if one reads this part of Gruenbaum.Report

Just to add to that – the exchange between Grunbaum and Stein on the ontology of space-time in the Minnesota Studies vol ‘Foundations of Space-Time Theories’ is, I think, a model of its kind and had a huge impact on me, not just for the content but also for the mode of mutual engagement.Report

I studied with Adolf at just the time when he was transitioning from his critique of Popper’s demarcation criterion to his critique of psychoanalysis. Lucky for me, I was in on the ground floor of that part of his work, which I found quite convincing. I never would have been much tempted by Freudian theory anyway, but came away from studying that material with him at a time when psychoanalysis was utterly dominant in various humanities fields I was interested in, including feminism and film theory. Although to my knowledge he never particularly targeted Lacan, who soon became part of feminist and film theory orthodoxy, I found that most of his criticisms worked equally well against those positions, which were little better than dogmatisms at least at that time (I won’t go on here, although I could). Adolf was always very strict in class and was famous for not allowing students to smoke in class, which was considered highly offensive of him in those days. (It’s hard now to remember the old days when seminar rooms were full of smoke from not only cigarettes but also pipes and cigars. Ugh.) He was invariably very well-prepared for his lectures and delivered them as nicely structured finished products–not in the sense of disallowing questions, but just in the sense of crafting them well. I loved his class on Popper and learned so much from it. We also went to the opera together one time along with Lynne Rudder Baker–I can’t recall the circumstances but it was something about his wife and their friend not being able to attend. The opera was La Boheme and in the scene where Mimi dies, we were all sobbing together. I thought it was sweet.Report

Adolf Grunbaum was an inspiring teacher and a warm and generous human being. He and Nick Rescher showed me how exciting philosophy could be as an undergraduate and converted me to the field. They guided me through graduate school. I spent many hours of discussions with Adolf, and owe him so very much.Report

I met Adolf only as a beginning graduate student In the first small cohort at the new Pitt graduate program. Adolf and Nick Rescher were there from the beginning, along with Brian Skyrms, and a couple of others. For me those courses, seminars, and informal interactions were transformative. I was immediately struck by Adolf’s incisive lucidity, and am very grateful!Report

Adolf was unfailingly generous to younger people. He never gave a thought to pedigree or position, was accessible and interested in what you said and thought. He recognized the self-correcting fallibility of science and of its philosophy. Adolf did as much as anyone to give the philosophy of science its shape and role on our discipline.Report

I wrote my M.A dissertation about professor Grünbaum’s critique of psychoanalysis and Freud’s dream theory in particular. At the time, I wrote a letter to professor Grünbaum and got a helpful and humorous response plus two of professor Grünbaums unpublished articles. I was so delighted and encouraged by this gesture.
Yet, even without this fleeting contact, I’d hold professor Grünbaum in the highest esteem. He was plainly an intellectual tycoon and will be sorely missed, not only by family and friends, but also by complete strangers who held him dear.Report