Hi-Phi Nation, an audio program that takes things of interest to most people and turns them inside out to reveal fascinating philosophical questions and problems, has been picked up by the popular online magazine, Slate.

This will make Hi-Phi Nation the only philosophy show on a major podcast network.

Hi-Phi Nation is the creation of Barry Lam, an associate professor of philosophy at Vassar College. It has had two 10-episode seasons so far. The third season will begin on January 31st, 2019, giving those who associate “philosophy podcast” with “just two folks talking” time to revise their take on the genre by catching up on previous episodes of Lam’s exceptionally well-written and impressively produced program.

“We love Hi-Phi Nation, a sneaky-smart, story-driven podcast about philosophy and the human experience from Barry Lam. We’re thrilled to introduce it to Slate’s audience,” said Gabriel Roth, Slate’s editorial director for audio, according to a press release.

The show, which has been downloaded over a million times over its first two seasons, will continue to be owned and produced by Lam, and, he says, made in “the attic of Rockefeller Hall at Vassar out of pocket, with total freedom but also little budget.”

It will also be growing in a few ways for Season 3.

The season will include pieces produced by philosophers from around the world. “I’d like the show to be a platform for philosophers doing public-facing work to automatically reach a big audience and to make something that has a lot more dimensions of creativity besides philosophical thinking. I welcome any pitches from philosophers who want to turn stories into ideas in audio form,” Lam says.

Additionally, Hi-Phi Nation will be able to take advantage of Slate’s marketing muscle, as Slate will be distributing and promoting the show and helping to find sponsors for it.
And there is also going to be extra content: a second show featuring discussion between Lam and philosophers about the philosophical issues from an episode, available to Slate+ subscribers.
I’ve made no secret of my enthusiasm for Hi-Phi Nation. In a previous post I asked, “Is this the breakthrough philosophy podcast?” I’m glad the answer is yes. The show is public-facing philosophy at its best. Check it out. 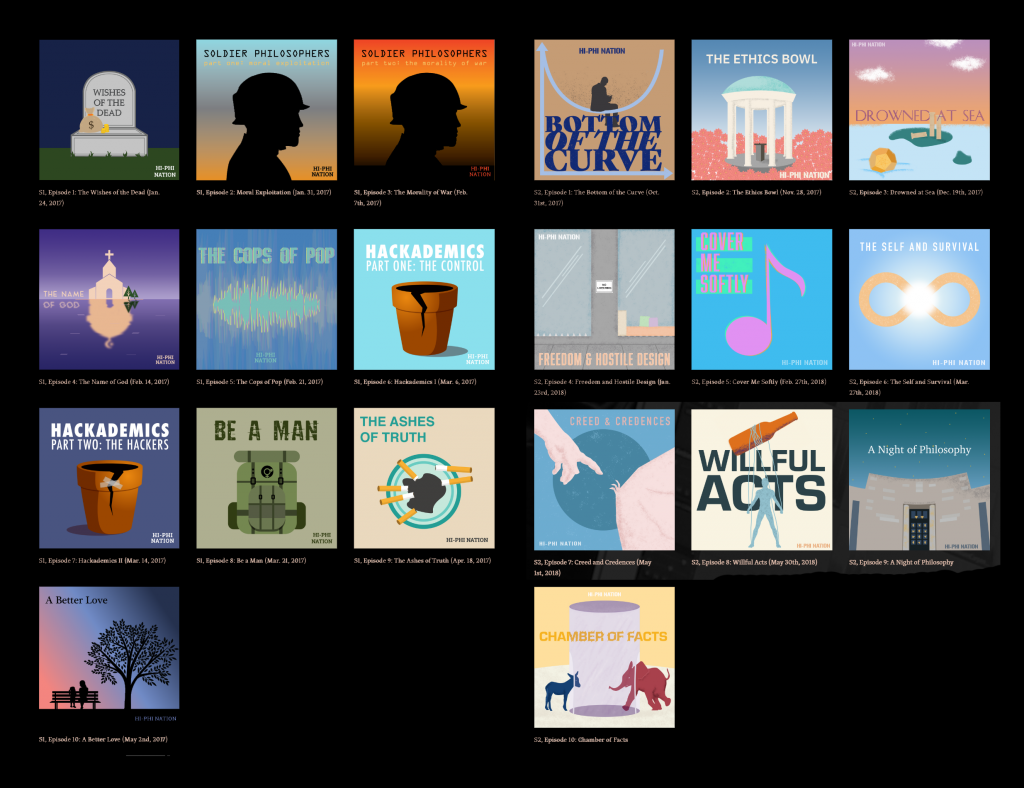 It’s a very good podcast, but I am afraid a move to Slate may bring slickness and professionalism which will make it less charming.Report