Happy Halloween! If well-known philosophers were to dress up for Halloween in what they’d think are scary costumes, what would their costumes be?

To get the pumpkin rolling…

Kant: a murderer at a door

Hume: backgammon set with missing checkers and no dice 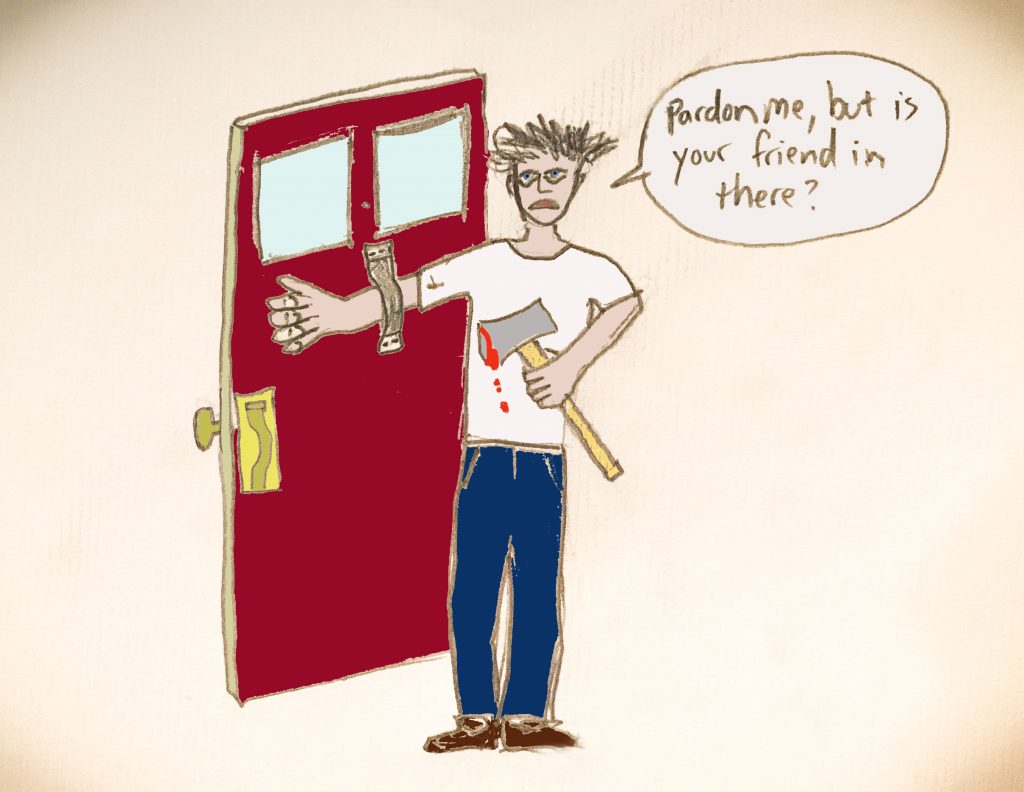 Murderer at the Door Costume (JW)