Maximilian Noichl has designed a beautiful visualization of philosophy from the 1950s to today.

Looking somewhat like a map, the visualization is based on 55,327 papers in philosophy from the Web Of Science collection. Noichl says: “the papers were determined by snowball-sampling: I started with a small sample (a few thousand papers), and extended from there by repeatedly looking at the most cited publications.”

This is how the image was put together:

Articles from various philosophy journals were spatially distributed according to their citation-patterns. Every point represents one of these papers. The papers were then grouped by a clustering-algorithm into 42 clusters which are represented by the colored shapes, and which are labeled around the graphic. 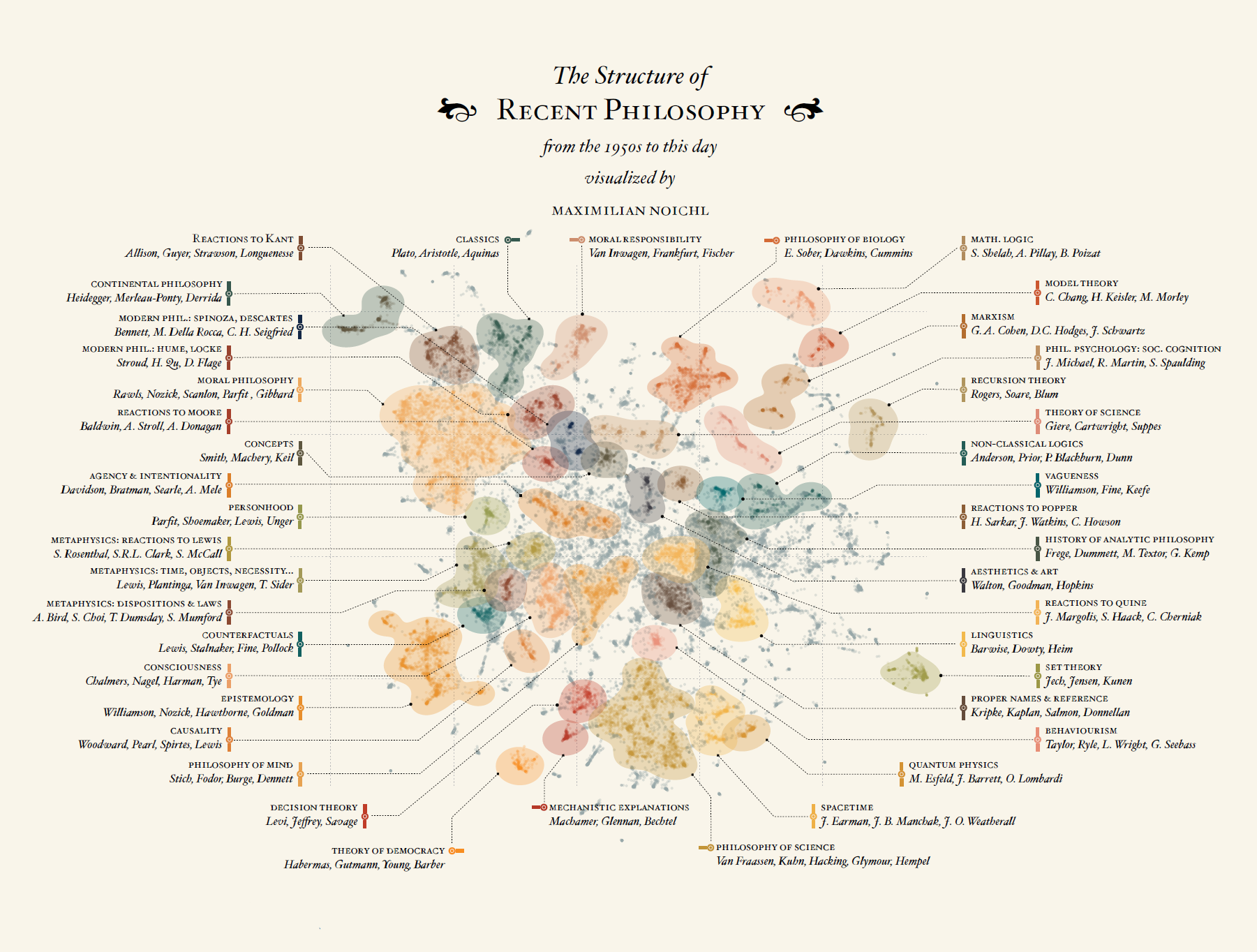 The original version of “The Structure of Recent Philosophy from the 1950s to this day” is on his site and is accompanied by some explanatory text. Here’s an excerpt in which Noichl discusses what he thinks can be seen in the visualization:

The clusters are a bit heterogenic in their nature: while some are thematic, others are determined strongly by specific persons or eras, which seems in itself to be an interesting observation about the structure of the literature. But we can discover more: there is, for example, a remarkable cleft between theory of science and epistemology. And the way various historical clusters group themselves around moral philosophy suggests an internal relation. We can also observe that continental philosophy is a distinct cluster that seems to split into two halves, but is well-formed and not that far away from the rest of philosophy.

You can see other visualization Noichl has created at his website, including a delightful depiction of the interrelation of the ideas of ancient philosophers over time, a graph charting recent trends in philosophy, and an alternate version of the one featured in this post