According to a press release from CNRS, the award

crowns a body of work marked by the power of words and language as well as translation as a way of “making do” with cultural differences, one that has constantly sought to connect contemporary issues with specialized research on the texts of Greek antiquity. Her research represents an exceptional contribution to the philosophy of language from both a historical and practical perspective, and is the work of a committed researcher, notably with respect to multilingualism.

CNRS recognized Cassin for her scholarship and the practical to use to which she has put it:

Barbara Cassin’s initial research focused on rereading our reception of ancient philosophy in light of what it rejected, namely sophistic thought… This detour enabled her to question the foundations of rational thought, and to analyze what makes a discourse effective. She put this knowledge of the “power of words” at the service of the Truth and Reconciliation Commission in South Africa in 1995….

[She] was deeply involved in the Collège international de philosophie, over which she presided for a number of years. In the mid-2000s she joined the European Commission’s group of experts for multilingualism. She is also a member of the French delegation to Unesco, which entrusted her in 2009 with the responsibility of developing a network of female philosophers.

The medal, which has been awarded annually since 1954, has only once before been bestowed on a philosopher (in 1987). Cassin will officially receive the medal in a ceremony this December. 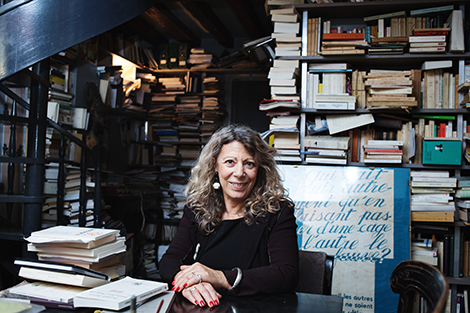 She was elected to the académie française a couple of months ago. This recognition is overdue, but better late…Report

That's a fair assessment when considering the overall importance of the example for the Fregean project. But my view is that, in the context of […]

I recall Frege’s point being more that his own proposed definition doesn’t solve the JC problem, and is thus deficient. (But it’s a long time

Cantor and von Neumann, to name two, offered explicit definitions of the number 1. Hilbert and Brouwer were concerned with closely related questions.

I think you've identified the bizarreness: "it seems obvious". Why ask the question? Why would a mathematician find this interesting? It takes a special type

I once came across an interesting article titled "A Psychiatric Dialogue on the Mind-Body Problem" published in The American Journal of Psychiatry. The teacher in […]

Echoing Brandon, and alongside Cheryl Misak, I'd encourage looking into the research of Kevin J. Harrelson, Joel Katzav, and Adam Tuboly. The sociological work they've […]

Just the preview for Neil deGrasse Tyson's MasterClass contains multiple strange philosophical claims. For instance, he says "I have come to realize that there are […]