King Joffrey had a hard time ruling Westeros, but will that be anything compared to his quest to become a philosophy professor?

[Note: apparently this is old and outdated news. Thanks to a commenter for pointing this out. I’m leaving it up in the hopes that people make some good GoT-related jokes.]

19-year-old actor Jack Gleeson, who plays the spoiled, psychopathic tyrant Joffrey Baratheon on the HBO show Game of Thrones, is a second-year student studying philosophy and theology at Trinity College. He was just made a scholar there on account of having “demonstrated exceptional knowledge and understanding,” according to The Irish Independent.

Gleeson says that once Game of Thrones ends, he will likely not continue in professional acting. “I’d like to be an academic, a philosophy lecturer if possible,” he says.

(Oh, and for those interested in Game of Thrones and philosophy, there’s this and this.) 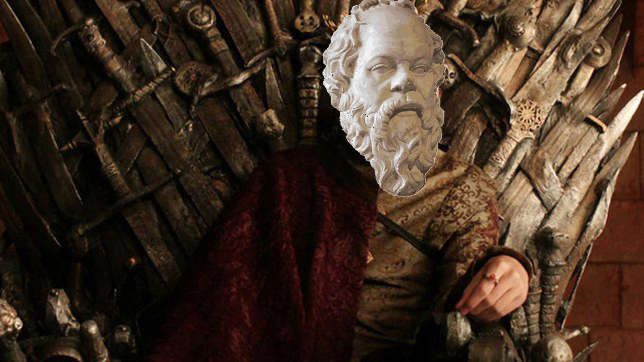 wikipedia writes: “In 2014, Gleeson confirmed he would be permanently retiring from acting after concluding his work in Game of Thrones. In the same interview, he stated that while he had previously been interested in pursuing academia, he had since ‘gone off that idea. In 2015, Gleeson starred in the puppetry shows Bears in Space created by his theatre company Collapsing Horse and in mid-2016 the show premiered in New York.”Report

Oh no! I guess I just so wanted the story to be true that I didn’t look into it carefully enough before posting.

You know nothing, Justin Weinberg.

The damn Lannisters will lie through their teeth to make it easier to double-cross their rivals. Sure, he *says* he is not pursuing academia, but don’t let your guard down for one damn minute.

At least in his case, taking out loans to pursue the PhD/DPhil isn’t such a bad idea. They always pay their debts.Report

Baratheon in Name Only
Reply to  olenna tyrell

“In 2015, Gleeson starred in the puppetry shows Bears in Space created by his theatre company Collapsing Horse and in mid-2016 the show premiered in New York.”

With that kind of success, academic philosophy starts to look good.Report