Sylvain Bromberger, professor emeritus of philosophy at the Massachusetts Institute of Technology (MIT), has died.

Professor Bromberger was known for his work in philosophy of language and linguistics. You can see a list of his published work here.

He came to the United States in 1940 with his parents and siblings, leaving Antwerp to escape the Nazis. In addition to his appointment at MIT, he also taught at Princeton University and the University of Chicago. A festschrift for him, The View from Building 20, was published in 1993.

Among Professor Bromberger’s works are several having to do with ignorance and questions. In one, “Rational Ignorance” (Synthese, 1988), he asks about what it takes to be a “rational ignoramus,” and this leads into a discussion of the value of questions and answers.

One type of value an answer to a question could have, he says, is “gosh value,” which is “a measure of the intellectual pleasure derived from coming to know the answer or maybe the relief of no longer not knowing the answer.” Another type is “cash value,” which is the extent to which the answer “enables us to construct something, to repair something, to find something, to obtain some material benefit.” There’s also “added value,” or the extent to which an answer to one question helps us answer other questions.

What kind of value do answers to questions about rational ignorance have? They have value as “question generators,” he says, and he ends the paper with the following, which I think applies to most philosophical inquiry:

It is not gosh or cash or added value, but the value that a question derives from the fact that its answer may open up new fields of ignorance, a value even less predictable than the others. Let us call it golly value, and stop.

Professor Bromberger died this past Sunday, September 16th. He was 94.

UPDATE: An obituary by Paul Egré (Institut Jean-Nicod, CNRS, ENS, Paris) has been posted by the MIT Philosophy department here. 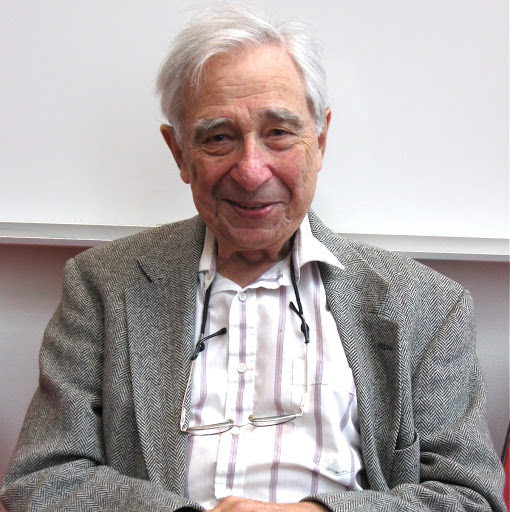 I met Professor Bromberger when I was a graduate student at MIT in 1974.

I remember him as kind and gracious to everyone. May his memory be a blessing forever.Report

II took two classes with Sylvain (as he insisted his students call him) in 1970 and 1971 and was immediately impressed by the way he constantly corrected himself in a never-ending and humanly touching quest to get things absolutely right. He really was kind and gracious, and he loved his students even to the point of inviting them to dinner at his house.Report

Sylvain worked tirelessly to perpetuate the memory of the Holocaust hero who saved his life — Aristides de Sousa Mendes. Here is that story… http://sousamendesfoundation.org/family/brombergerReport

Sylvain was my father’s childhood friend in Antwerp and then later in the United States, and later my friend. He was a lovely man as well as a great philosopher.Report