Police carried Duff from a van to the cage behind the station, while she refused to cooperate or speak with them, other than to ask to see a doctor. She said it was a response to what she felt was unjust treatment by the police.

[She] was pinned down by three female officers who cut off her clothes with scissors in the cells at Stoke Newington police station… after she refused to tell police her identity.

Describing the impact of the search, Duff said: “Being tied up, having my breasts and genitals touched by officers, my earrings ripped out … I found that really humiliating and scary, and also being able to hear the male officers at the door and not knowing if they could see what was happening.”

The injuries from the search forced Duff to postpone her final piano recital of a master of performance degree at the Royal College of Music. She said she still suffered flashbacks from the incident and was recently diagnosed with post-traumatic stress disorder.

Duff herself was cleared of all charges.

The police officer who ordered the search, Sergeant Kurtis Howard, underwent a hearing last week for possible dismissal on charges of “gross misconduct on claims that the search was unnecessary, that he ordered it without regard to whether it was necessary, that it was an unlawful order, and that he failed to treat Duff with respect and courtesy.” He was found not have engaged in misconduct, according to Jezebel. Duff said: “They are effectively saying: ‘This is our policy; Met police policy is to strip search anyone who stands up for their rights or the rights of somebody else.”

The Metropolitan police has apologised and paid compensation to an academic for “sexist, derogatory and unacceptable language” used by officers about her when she was strip-searched… The Met apologised to Duff, an assistant professor of philosophy at the University of Nottingham, after CCTV video capturing the officers’ conversations was disclosed to her as part of a civil action against the force. Insp Andy O’Donnell, of the Met’s directorate of professional standards, told her: “I would like to take this opportunity to sincerely and unreservedly apologise for the sexist, derogatory and unacceptable language used about you and for any upset and distress this may have caused. 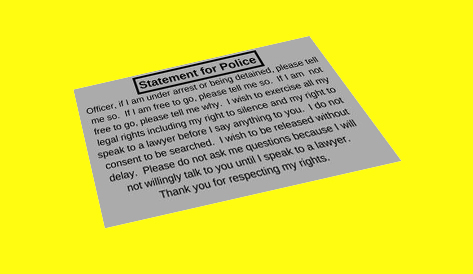