The Australian Research Council (ARC) has announced the winners of its latest round of funding awards, and two philosophers have been awarded large grants.

The ARC has a useful interactive tool for searching through its funded projects by various factors. You can check it out here. 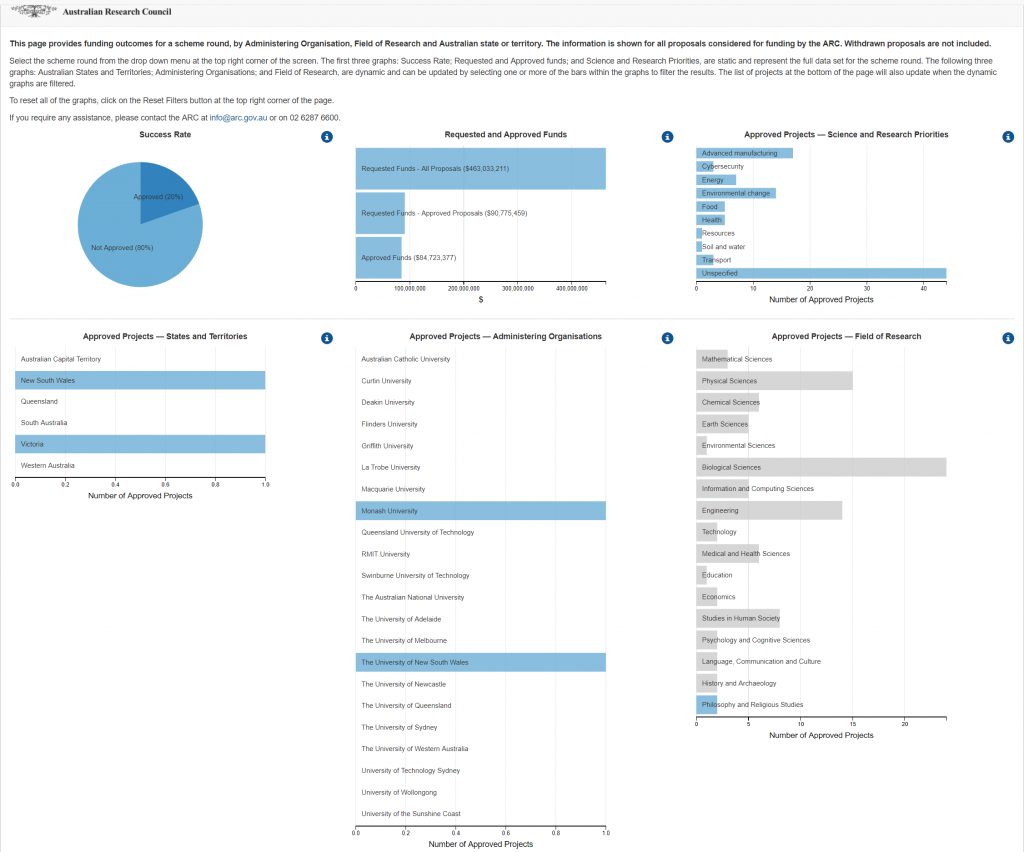