Professor Engelhardt was known for his work in biomedical ethics, especially his book, The Foundations of Bioethics. He was one of the founders of The Journal of Medicine and Philosophy and one of the creators of the Philosophy and Medicine book series.

In an obituary at Bioethics.net, Ana S. Iltis and Mark J. Cherry note that Professor Engelhardt was “described as the enfant terrible of bioethics” who”challenged Western secular liberal moral and political assumptions which, he argued, could not be secured through reason alone, and frequently cause more harm than benefit.” There are also memorial notices at the Rice University website, Reason, and the Notre Dame Center for Ethics and Culture. 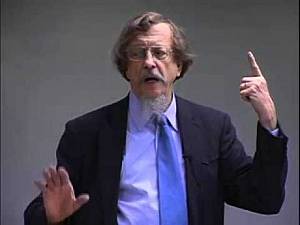 He was a great professor. It was such a blessing to have had him as a teacher and a friend. He will be missed.Report

I envy you having had him as a prof. Always admired his analyses of issues and papers. As noted I used his articles for many years (in my comment) and would have been honored to be his student and to converse with him about those important medical ethics issues. I appreciate your comment from student to your teacher.Report

I started teaching medical ethics in the mid-70’s and throughout my 35 years of doing so used innumerable articles of his. Always thought provoking, well stated, well argued; a true master of his field. So sorry he is gone.Report