Joseph Raz (Columbia Law School, Kings College London), well-known for his work in legal, political, and moral philosophy, is the 2018 winner of the Tang Prize in Rule of Law.

The Tang Prizes, first bestowed in 2014, are awarded in four categories every other year: sustainable development, biopharmaceutical science, Sinology, and rule of law. The Rule of Law Prize “recognizes individual(s) or institution(s) who have made significant contributions to the rule of law, reflected not only in the achievement of the candidate(s) in terms of the advancement of legal theory or practice, but also in the realization of the rule of law in contemporary societies through the influences or inspiration of the work of the candidate(s).”

Professor Raz has authored many books, including The Authority of Law (1979), The Morality of Freedom (1986),  The Practice of Value (2003), Between Authority and Interpretation (2009), and From Normativity to Responsibility (2011).

An acute, inventive, and energetic thinker and writer, Raz has been making major contributions in literally every area in analytical legal, moral and political philosophy. Through rigor of thinking and analysis, he dissects complex and abstract legal concepts into clear-cut methodologies of general application, shedding light on fundamental aspects of perennial issues relating to the source and normativity of law, the idea of legal system, the nature of authority, autonomy and liberalism. Addressing the inter-relationship between law and morality, authority and individual freedom, common goods and pluralistic values, in his more recent writings, he extends his key ideas to contemporary questions in democracy and human rights, bringing out new aspects which emerge only after thorough analysis.

Fearless of diving into the murky world of political theory, human nature, and the very nature of law, Raz connects ethical topics explorations of the relations between practical reason and the theory of value into the realm of rule of law and perfectionist liberalism; further engaging issues such as the legitimacy of difference, the intelligibility of value, reasons and normativity generally. The subtlety and power of Raz’s reflections on various topics lead to many productive debates even among people with radically different views on many specific moral and political issues or diametrically opposed philosophical school of thoughts. In a true sense of philosophical output, Raz’s writings are widely studied, providing an invaluable source for anyone working in legal, moral and political philosophy.

You can read more about Raz’s award here. 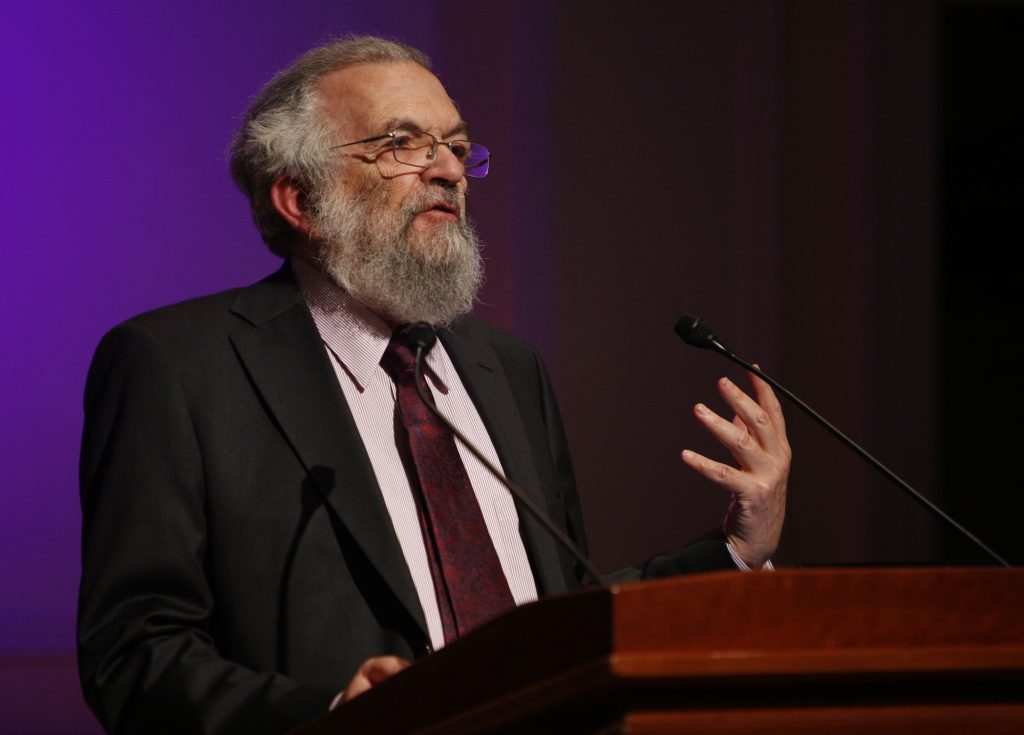 This award is no doubt richly deserved. Raz is a giant in philosophy of law and moral philosophy more generally.
But I wonder whether these philosophy prizes that include a large monetary award might in the future consider allocating half the prize money toward endowing a number post-docs for early career scholars at a range of host institutions. You could call them “Raz Scholars” or “Taylor Scholars” or “Nussbaum scholars” or “O’Neill scholars” in honor of the prize-winner. It could have a big impact.Report

I agree wholeheartedly with Jason’s comment, above. Raz is an enormous and rightly influential figure in more than one area of philosophy, and some of his contributions — again, in more than one area (how many others can honestly boast that?!) — have been brilliant. He changed the course of our thinking in legal philosophy almost single-handedly. But $1.3 million dollars is most justly spent in other places, while of course compatible with the same ends to which it is put here. Perhaps Raz will do with it what more institutions and prize-awarding committees should!Report

The Tang Prize Foundation set up the research grant to continue the laureate ‘s R & D in his field. We repeat the willingness of our respectful laureate.Report