Philosopher Baruch Brody, Andrew W. Mellon Professor Emeritus of the Humanities at Rice University, died on May 30th. He was 75.

Professor Brody was well-known in and outside of the academy for his work in bio-medical ethics.

Rice University has posted an obituary. An excerpt:

Born and raised in New York City, Brody earned a Bachelor of Arts degree from Brooklyn College and studied at Oxford University as a Fulbright Fellow prior to obtaining a doctorate in philosophy from Princeton University. He served on the Rice faculty from 1975 to 2018, when he became professor emeritus, and as chair of the Department of Philosophy from 1975 to 1982…

As one of America’s leading bioethicists, Brody was among the first scholars in his field of applied ethics to tackle abortion in the era following the Roe v. Wade decision. He authored more than 100 peer-reviewed articles and a dozen books on ethics and philosophy, including Taking Issue: Pluralism and Casuistry in Bioethics and The Ethics of Biomedical Research: An International Perspective.

The obituary is here. 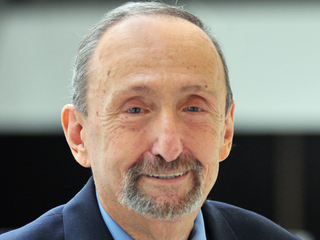 In addition to his work in biomedical ethics, which I understand is very important and highly regarded, and his work giving shape to the Rice Philosophy Department, from which I benefited directly, Baruch Brody was an influential exponent of a particular strain of Jewish thought. Although the “Modern Orthodox” community in North America was from its beginning steered and influenced in part by philosophers, Prof. Brody recognized a need for an explicit philosophical account of the community’s ideology and worked to provide one in, for example, .

Insiders will immediately see how brave, honest, and thoughtful this work is. One can even (I know!) disagree with a great proportion of it and still find it careful, excellent, and valuable. I saw in the Rice obituary this line from his rabbi in Houston, “He was a standard-bearer by modeling that one can be an acclaimed and successful professional and be totally committed to Jewish law. Many in our community saw Baruch as their model.” He was certainly one of the great representatives of philosophers so committed in his generation.Report

Sorry to note his passing. Over my many years of teaching medical ethics he was an author I respected and whose works I assigned to students in almost every medical ethics class.

Also appreciated the comment by Curtis Franks; did not know of this side of his work, but truly appreciate it and that Franks made us aware of it, who only knew him by his contributions to bio-ethics.Report

This is sad. I [probably] owed my first position, at Rice, to Baruch. I certainly owed him a great deal of respect and affection.Report

Very sad news. Although he was most famous as a bioethicist, he did interesting and important work in metaphysics too, an area in which he published his book “Identity and Essence”. Here is a review of the book by Bernard Linsky: https://www.jstor.org/stable/40231264?seq=1#page_scan_tab_contentsReport