Christopher Smeenk, associate professor of philosophy at Western University, and James Weatherall, professor of logic and philosophy of science at the University of California, Irvine (UCI), have been awarded a $1.37 million grant from the John Templeton Foundation for their project, “New Directions in Philosophy of Cosmology.”

The grant will support work over the next three years, including a Summer Institute in philosophy of cosmology and support for graduate student research at both Western and UCI.

Here is how the principal investigators describe their project:

Physical cosmology has enjoyed decades of progress, leading to a new understanding of the cosmos and our place in it. But this success comes with new puzzles. Cosmologists seek to understand events that are far removed from us. Moreover, in many cases they study historical episodes that are apparently unique—such as the origin of the universe—and which cannot be studied experimentally. To overcome these challenges, cosmologists have often revisited basic questions concerning what constitutes an acceptable scientific theory, what sorts of explanatory demands a theory of cosmology can meet, and how to understand confirmation in this context. Their answers to these —essentially philosophical—questions have shaped the character of cosmological theory.

The principal goal of this project is to articulate and scrutinize the philosophical commitments behind cosmology’s Standard Model. With the support of a planning grant, we have conducted a landscape review of the field to identify the most significant open questions. One part of the project will present what we take to be the “philosophy of science” underlying cosmological practice, reflecting on and extending the earlier work we have reviewed. The second part of the project will dive more deeply into two pressing conceptual issues, which we identified in workshops with cosmologists supported by the planning grant: (1) the epistemological significance of the crucial role now played by simulations in linking cosmological theory with observations; and (2) the status of the large-scale structure of the universe in light of suggestions from quantum gravity that characteristic features of general relativity, such as singularities, may not persist into future theories.

In addition to this research component, the project includes outreach and capacity-building activities. It will also provide substantial training opportunities at the pre-doctoral, post-doctoral, and established researcher levels. 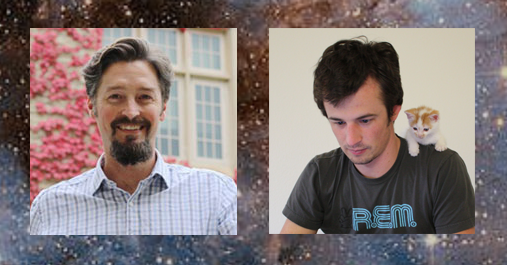