I’m asked from time to time which undergraduate courses best prepared me for working at Goldman Sachs and in the government. People assume I’ll list courses in economics or finance, but I always answer that the key was Professor Demos’s philosophy course and the conversations about existentialism in coffee shops around campus.

That’s Robert Rubin, former U.S. Secretary of the Treasury during the Clinton administration and former chair of Goldman Sachs, writing about the influence on him of a philosophy course he took as an undergraduate in 1956, in an essay in The New York Times.

The course was with Raphael Demos, who was at the time Harvard’s Alford Professor of Natural Religion, Moral Philosophy and Civil Policy (a position now occupied by T. M. Scanlon). Rubin writes:

Professor Demos would use Plato and other great philosophers to demonstrate that proving any proposition to be true in the final and ultimate sense was impossible. His approach to critical thinking planted a seed in me that grew during my years at Harvard and throughout my life. The approach appealed to what was probably my natural but latent tendency toward questioning and skepticism.

I concluded that you can’t prove anything in absolute terms, from which I extrapolated that all significant decisions are about probabilities. Internalizing the core tenet of Professor Demos’s teaching—weighing risk and analyzing odds and trade-offs—was central to everything I did professionally in the decades ahead in finance and government.

Rubin also picked up some existentialism from the coffeehouse scene in Cambridge:

At the same time that I was processing Professor Demos’s class, one of the big ideas floating around coffeehouses in Cambridge, Mass., was existential philosophy. In time, I arrived at my own interpretation of that way of thinking. To me, existentialism is an internalized sense of perspective. I came to believe that on one hand, the present matters a great deal, but on the other hand, in the totality of space and time, the here and now becomes insignificant.

The combined influence of Professor Demos’ course and the coffeehouse existentialism had a long lasting therapeutic effect on Rubin: “embracing these two perspectives brought me a sense of calm in what were incredibly stressful situations.”

As for Professor Demos, here is an interesting bit about him from Wikipedia:

According to the recollections of Bertrand Russell, Demos saved up and traveled steerage to the United States specifically to improve his education, having read all the books available to him at home. Arriving in Boston in 1913 without money, he first worked as a waiter in a restaurant and then as a janitor in the Harvard student halls of residence in order to fund his tuition at the university. He studied under Bertrand Russell, who was temporarily at Harvard, and Russell found Demos to be one of his best students and was impressed by his enthusiasm for philosophy which he found refreshing. Demos obtained his PhD in 1916 for a dissertation titled The Definition of Judgment. He was naturalized as an American citizen in 1921. 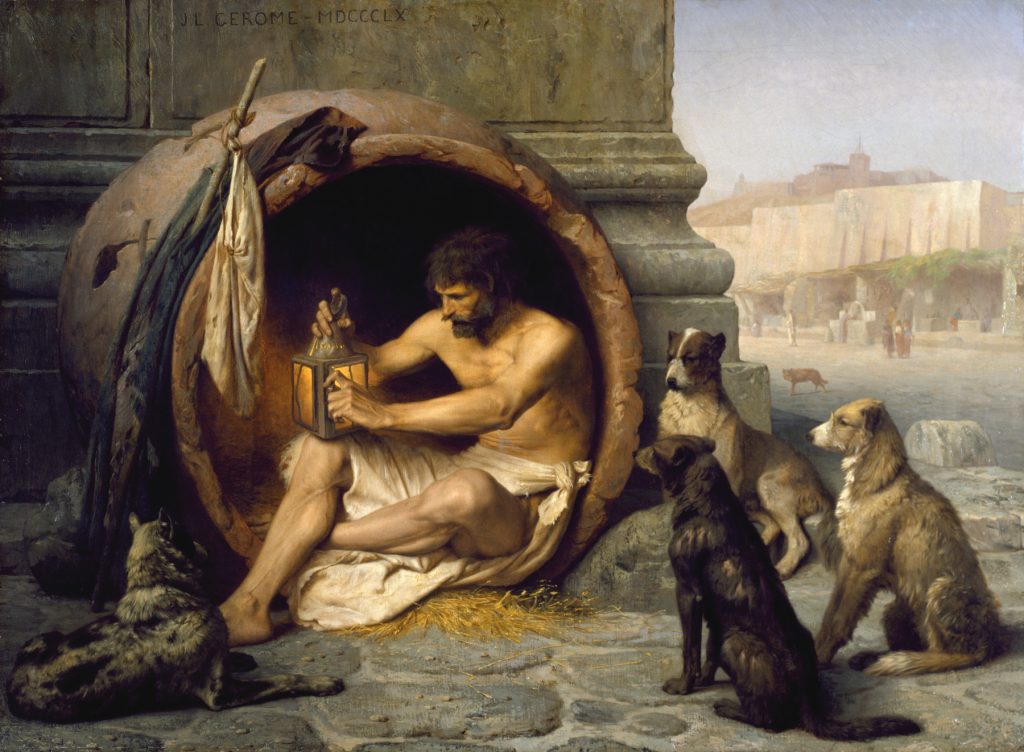 This makes me think of some “stressful situations” highlighted by economist Dean Baker, as well as how Rubin dealt with them:

“Robert Rubin was a main architect of the high dollar policy that led to the explosion of the trade deficit in the last decade. This led to the loss of millions of manufacturing jobs and decimating communities across the Midwest. Second, Rubin was a major advocate of financial deregulation during his years in the Clinton administration. Finally, Rubin was a direct beneficiary of deregulation, since he left the administration to take a top job at Citigroup. He made over $100 million in this position before he resigned in the financial crisis when bad loans had essentially put Citigroup into bankruptcy. (It was saved by government bailouts.)”
http://cepr.net/blogs/beat-the-press/robert-rubin-who-made-a-fortune-on-the-housing-bubble-argues-for-preserving-wall-street-s-power-over-the-fed

(Just to be clear, I read Justin’s post as neutral with respect to Rubin’s role in the economy, so this isn’t an attack on the post. But I do somewhat lament Rubin’s association of philosophy with his success!)Report

Especially ridiculous is the anecdote about how and his colleagues at Golden Sacks drew on existentialist insights to help them keep cool during some corporate crisis in the ’80s. If Sartre weren’t dead, he would’ve died laughing.Report

Everyone, left and right, likes to pick on central bankers (I’ll included Treasury secretaries in there). But the truth is, they’ve shepherded developed economies to longer and longer periods of growth, and shorter and less frequent recessions.

Baker’s a smart guy but has a hard time getting past his ideological blinders. He has belatedly come around to the idea that monetary manipulation like low interest rate policy is a driver of sustainable growth – and that that growth is now benefiting the poor and minorities the most. Wasn’t that long ago that he was cheerleading the Venezuela “miracle”.Report

When much younger, an administrator, to whom I did not report, criticized an administrative law opinion I had written on a complaint I had heard. […]

David Duffy on Why I'm a Shameless Sophist (guest post)

I, for one, just want to hear more about ground-maker semantics of counter-factual uses of the definite article. From a professional in these matters!

Graduate Student on Why I'm a Shameless Sophist (guest post)

Is this not an aristocratic perspective or response? I’m unsure the distinction between the above, original statement, and the response, seemingly to the contrary, to

Graduate Student on Why I'm a Shameless Sophist (guest post)

Yes, I largely agree there. In any case, really interesting piece!

Tushar Irani on Why I'm a Shameless Sophist (guest post)

Yes, I find that a loss for everyone.

Tushar Irani on Why I'm a Shameless Sophist (guest post)

Well that impulse has always been there; otherwise as you say we’d have made a living another way some time ago. What was more pronounced […]

Moti Gorin on Why I'm a Shameless Sophist (guest post)

I think it’s the institutionalized nature of the professionalization that leads to a kind of domestication of philosophy, a conservatism motivated by the need to […]

meow meow on Why I'm a Shameless Sophist (guest post)

I heard about this do-serious-work-after-you-secure-a-tenure talk on different occasions. It makes sense to a certain extent. But, well, many places don't have 'real tenure' anymore.

Ah for this you will have to read my forthcoming work... ;)

Kevin T. on Why I'm a Shameless Sophist (guest post)

Rex2 on Why I'm a Shameless Sophist (guest post)

A mentor once said something along these lines, but the dividing line was full prof. They told me that once they'd crossed this point, they […]