A website has been launched to display the handwritten annotations, marginal comments, and doodles made by John Stuart Mill in the approximately 1,700 books in his library.

Albert Pionke, an English Professor at the University of Alabama, has been working with the Alabama Digital Humanities Center and Somerville College at Oxford University, where Mill’s collection is kept, to examine, photograph, and, if needed, restore the pages of any of the books, in an attempt to identify, classify, and create digital images of the marginalia Mill left in them. The results are being cataloged and displayed at Mill Marginalia Online.

Some of the markings are just lines, brackets, and other mundane forms of drawing attention to the text. But there are mysterious doodles, as well. Yet what will likely be of most interest is Mill’s marginal notes.

It turns out Mill was kind of funny. 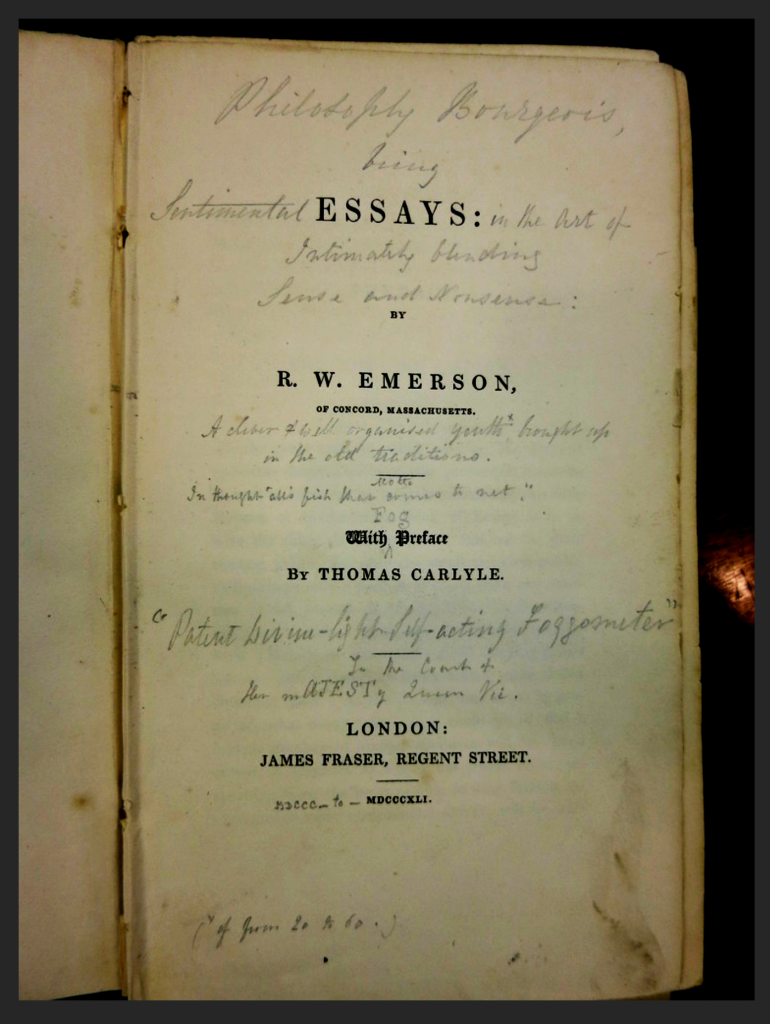 If you’re having trouble making that out, with Mill’s comments (in purple),it says:

Philosophy Bourgeois,
being
Sentimental Essays: in the art of
Intimately blending
Sense and Nonsense:
by
R. W. Emerson,
of Concord, Massachusetts.
A clever + well organised youthᶧ brought up
in the old traditions.
Motto
In thought “all’s fish that comes to net.”
With Fog Preface
By Thomas Carlyle.
“Patent Divine-light Self-acting Foggometer”
To the Court of
Her mAJESTy Queen Vic.

I believe that’s what qualified as a “sick burn” in the 19th Century.

So far, those working on the project have gone over approximately 150 Mill’s books. You can check out the work they’ve done here, and read an article about the project in The Guardian.