The UNC–Duke Philosophy Politics, and Economics (PPE) Program has received a $3.75 million donation from the John William Pope Foundation (JWPF).

The PPE program, according to its UNC site, “trains students to look beyond the borders of academic disciplines by offering them an integrated study of philosophy, politics, and economics. We aim to build on the tradition of Thomas Hobbes, John Locke, David Hume, Adam Smith, David Ricardo, Thomas Malthus, John Stuart Mill, and Karl Marx, who saw questions of economics, sociology, political science, and moral philosophy as inextricably intertwined.”

The donation, part of a $10 million gift from JWPF, will fund a speaker series, two new faculty positions, and two visiting assistant professorships for the PPE program, according to The News & Observer. The JWPF had already provided $775,000 of support to the program since its creation in 2005.

The JWPF, according to its website,  “makes grants to support public policy groups, educational institutions, humanitarian efforts, and the arts. The Foundation’s mission is to ensure future generations have the same opportunities as John William Pope: the freedom to live, work, pursue individual interests, sustain family, and prosper.” It was founded in 1986 and,, according to The News & Observer, “funds public policy groups dedicated to free-market and conservative values, including the John Locke Foundation, Civitas Institute, the James G. Martin Center for Academic Renewal, N.C. Family Policy Council, Jesse Helms Center Foundation and N.C. Free Enterprise Foundation.” 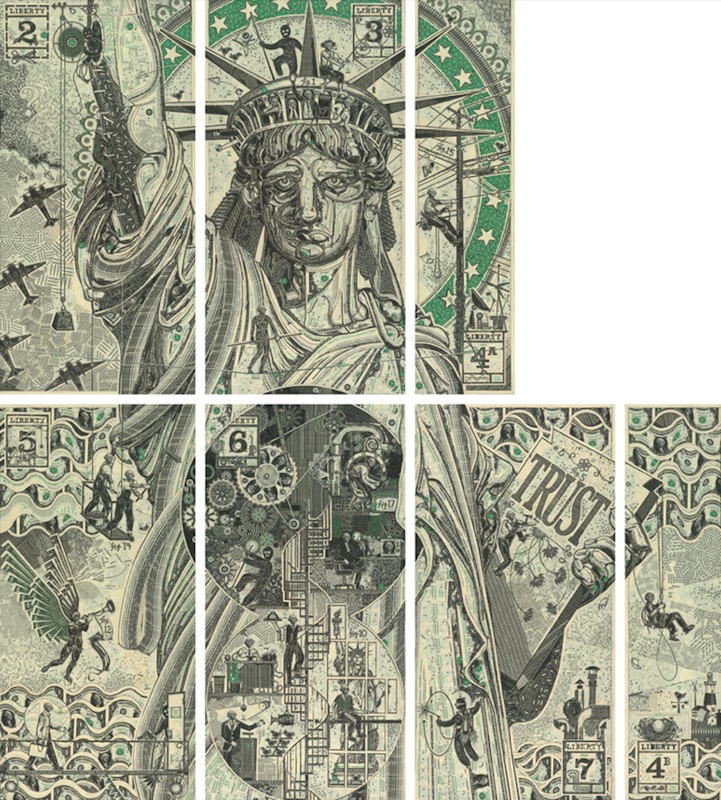 Some of the art you use is really amazing. Both on its own and as connected to the post.Report

Thank you. It’s one of the more enjoyable parts of this gig.Report

If you don’t mind me asking, how do you find the art for these posts, Justin? Or do you just antecedently know a lot about art?

I agree that the art choice is excellent; and I’m trying to get into art myself.Report

I probably know more about art than the average person, owing to the fact that my mother is an art teacher, my upbringing involved frequent trips from the suburbs into NYC to visit museums, and I’ve continued throughout my life to have an interest in art. I don’t have the knowledge that even a lousy art historian has, I’m sure, but often I can remember the existence of some piece of art, or the work of some artist, that may be relevant.

One thing to keep in mind is that while a particular piece of art may seem like a perfect match for a post, in reality each post has multiple aspects and for each of them there are countless works of art that could be interpreted as fitting with them. So finding art that works well with a post may be less impressive than it seems.

When I don’t have something in mind, I use google. Putting together a post on Chinese philosophy, for example, may lead to me exploring the websites of various contemporary Chinese artists. For today’s post by Chris Surprenant I thought string art would be appropriate, and while I had seen Dawes’ work when it was on exhibit at the Renwick, I did not remember his name, and so had to search for it. (Another contender for that post was Marcel Duchamp’s “Sixteen Miles of String,” which I did not know about previously.)

I also regularly check out a few art sites. Colossal, for example, is terrific for bringing attention to some relatively unknown art and is always fun to browse.

Anyway, I’m glad you appreciate the art. Thanks for taking the time to say so.Report

Are there any ideological strings attached to this donation?Report

As Chair of the UNC-Chapel Hill Philosophy Department, I am happy to make clear that there are no ideological strings whatsoever — implicit or explicit — attached to this donation.Report

A Commenter
Reply to  Marc Lange

That’s great to hear — thanks! And congratulations on the donation!Report