“I think of philosophy as partly a creative process and discipline, and I think it would be a tremendous shame if we lost sight of that part of things.”

That’s Michaela McSweeney, assistant professor of philosophy at Boston University, in an interview at the Blog of the American Philosophical Association. Interviewer Skye Cleary asked Professor McSweeney, “What topic do you think is under explored in philosophy?” Here is the full answer, from which the earlier quote was excerpted:

Let me answer a different question, which is what I don’t want us to lose sight of while nobly pursuing underexplored areas of philosophy. I think that recent pushes towards public and social philosophy are so, so important: we really need to be engaging with the public, and we really need to be addressing the (incredibly depressing) social and political issues that we are faced with.

At the same time, though, I think of philosophy as partly a creative process and discipline, and I think it would be a tremendous shame if we lost sight of that part of things. I love metaphysics in part because it is one of the parts of philosophy that allows for some of the most creativity; there are fewer rules (or at least, there should be fewer rules—turns out that sadly there are lots of rules for what kinds of things will get published), for the very same reason that many people think metaphysics is worthless: it’s unclear what “the data” are, or whether there are any data, that we are theorizing about, and also unclear what the correct methodology is. I don’t think these kinds of worries are actually particular to metaphysics, because I think they carry over to basically all of human inquiry; and I don’t think they de-value human inquiry.

When I think about what I value about human inquiry, an awful lot of that is about what it tells us about our relationship to our world, and what it tells us about us, and also that it is often really beautiful and fascinating and incredibly complex. In the end, I think that super abstract, theoretical philosophy can and does help inform the more obviously applicable-to-real-life parts of philosophy, but I also think it is valuable for its own sake, in the same way that other arts are.

I thought this was worth drawing attention to. Creativity is very important to philosophy, and can be manifest in philosophy so many ways, but at the same time it seems less explicitly discussed, celebrated, or taught, in comparison to other important components of good philosophy, such as logical rigor or understanding what is at stake in a dispute.

The whole interview is excellent—lots of good stuff. Check it out. 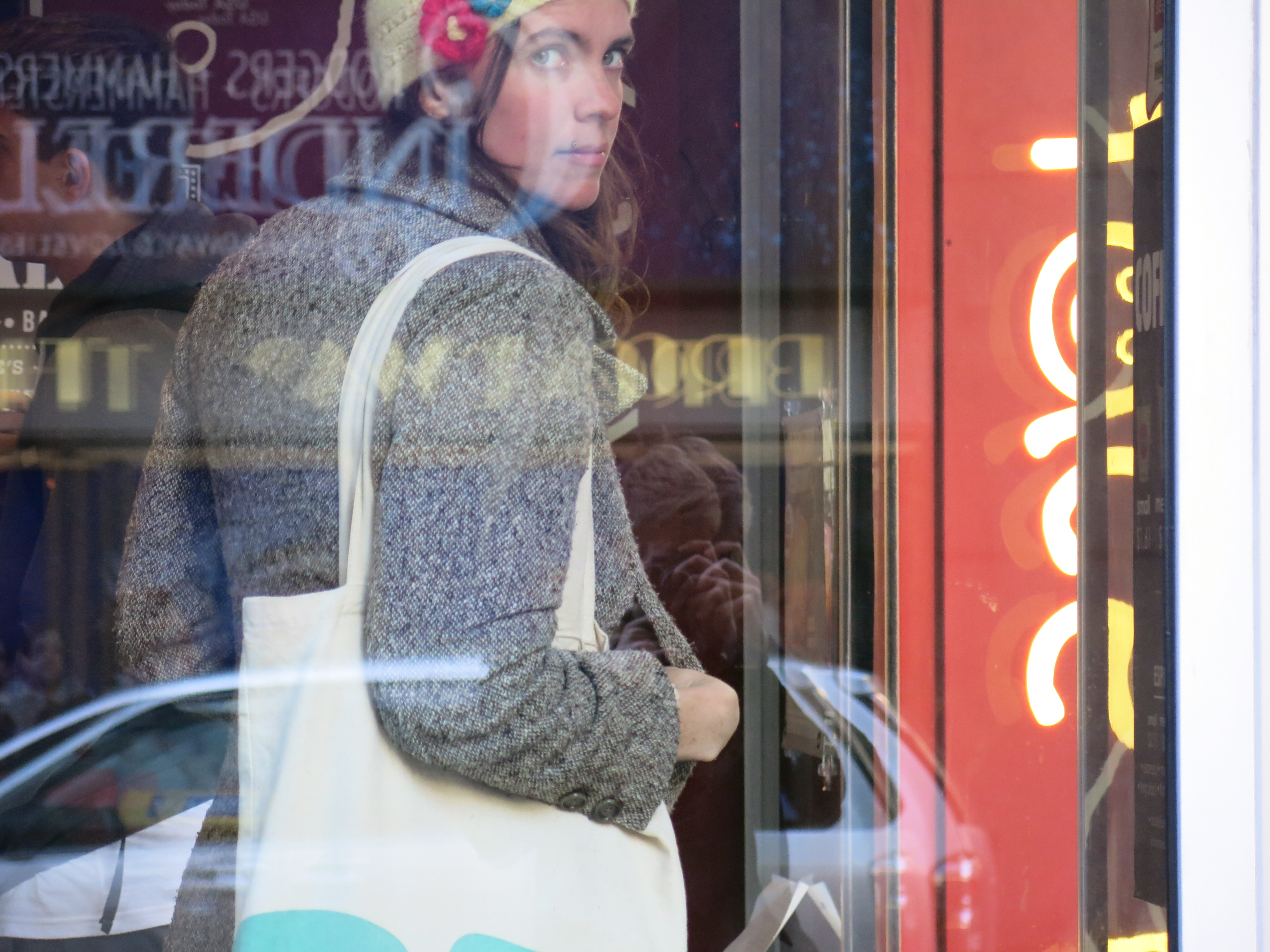 Excellent points on the fundamental importance and creativity involved in philosophy. If I were to name a few creative works of philosophy, the first that come to mind are Nietzsche’s Zarathustra and Kierkegaard’s approach to authorship. Socrates and Plato were also incredibly creative for their time. Sometimes I view my own website as a work of art, rather than a logging of data. Thank you for sharing.Report

Trolley cases provide good examples of philosophical creativity. Come at me all you anti-trolley killjoys!Report

Though unfortunately, a lot of the examples discussed seem to be the first version that popped into someone’s head that could be argued tendentiously to have a particular causal structure. I wish people would spend a lot longer with their examples, coming up with versions where the stipulations that are important for the theory really are deeply intuitive (unlike the idea that a large person falling off a bridge might somehow stop a ten ton vehicle).Report

Metaphysics is inescapable. Those who dismiss metaphysics simply rely on a bunch of metaphysical assumptions they are not going to question.Report

Consonantly with what McSweeney suggests, I’ve long thought that when we fail to emphasize the capacity for creative thought that a good philosophy degree instills, we significantly undersell the instrumental value of the degree. I’d love it if typical responses to the “What’s it good for?” question talked as much about the capacity for creative thought as about analytical abilities, conceptual adroitness, etc.

On a related note, I’ve begun devoting part of a lower-level critical thinking course I teach to creative thinking. (I assign an edition of A. Weston’s little OUP book, _Creativity for Critical Thinkers_, as the text for this.) Students in the course seem especially interested to discuss the extent to which excellence in critical thinking involves creative thinking. And I’ve found it especially rewarding to reflect on how the sophisticated critical thought that gifted philosophers are capable of involves a good deal of creativity.Report

Quine was a great example of a philosopher who had enormous creativity. He argued for a variety of deep and surprising theses. A nice example is the inscrutability of reference. This is the thesis that for any natural language L, there is no fact of the matter about what the referring expressions of L refer to, or about what the predicates of L have in their extension. This is a remarkable claim. However, I must also confess that I don’t quite understand Quine’s argument for it. Specifically, I don’t understand how his ‘proxy function’ argument gives this result.

As I understand it, the basic idea is that we assume that L is a language and that M is a manual that takes all the sentences in L and assigns things as referents to the terms occurring in L sentences. A proxy function is a 1-1 function that takes all the sentences interpreted by M and assigns new objects to the terms in those sentences. So if M assigns x to some term t, a proxy function will assign p(x) to t. The referents of singular terms in M are replaced with ‘proxy referents’, predicates refer to ‘proxy properties’ and relations are reinterpreted from ‘xRy’ to ‘the proxy of x bears R to the proxy of y’.

1-It’s further claimed that the T & M sentences (in examples such as the above and similar examples) have the same meaning and the same truth conditions.* How? The circumstances that make the sentences true in the above example are not the same circumstances and the referents are not the same. Even if a sentence is made true by two models, it does not follow that the models are identical. I’m aware that you can take sentences of arithmetic, identify numbers with sets, and preserve the usual arithmetic truths (even though there are lots of different ways of identifying numbers with sets). But cases like the above do not seem analogous to that. In the situation described in T, S would not be true under interpretation M. So T & M do not make S true under the exact same circumstances.

Quine’s notion of stimulus meaning can be paraphrased as ”…just that set of total neural stimulations that prompt assent on the native’s part to the query ‘S?’ or that elicit an utterance of ‘S’ all by themselves.” and it does not seem helpful here. A person may assent to one interpretation of the sentence in the above example but not the other. Hence they do not have the same meaning.

2-Even if this procedure shows that sentences with different referents have the same meaning and truth conditions, why does this prove that there are no facts about what words mean? Why can’t you say that some community uses interpretation I for the sentences of their language and some other language community use I* for their language and there is some fact about whether the set of I & I* referents are the same set. Why does the proxy function argument establish the ontological indeterminacy of reference instead of just epistemic limits on our knowledge?

I apologize if this is too off topic but since this is a meeting place for professional philosophers I felt this would be the best place to ask such a question.

I emphasized creativity at all times with my students.Report