The other day Balkan Insight reported that a Bulgarian government committee alleged that Bulgarian-born philosopher, literary critic, and psychoanalyst Julia Kristeva, currently emeritus professor at University of Paris 7 – Diderot, was an agent for the Communist-era Bulgarian Committee for State Security. Today, the same publication reports that Kristeva denies this allegation.

The Committee for Disclosing the Documents and Announcing the Affiliation of Bulgarian Citizens to the State Security and Intelligence Services of the Bulgarian National Army claimed, according to Balkan Insight, that Kristeva

was registered as an agent and a secret associate to the First General Department of the State Security bureau, which was responsible for foreign political intelligence-gathering. According to the document released by the committee, Kristeva went under the pseudonym Sabina and was recruited on June 19, 1971 by Senior Lieutenant Ivan Bozhikov. The committee said it based its conclusions on two volumes of declassified files. The document however provides no details that indicate how long Kristeva allegedly worked with the service, what her alleged activities were, or if she was paid.

However, in an open letter published in the French newspaper, Obs, Kristeva claims this allegation is “not only grotesque and false” but “constitutes an attack on my honour” and “an attack against my work,” Balkan Insight reports. 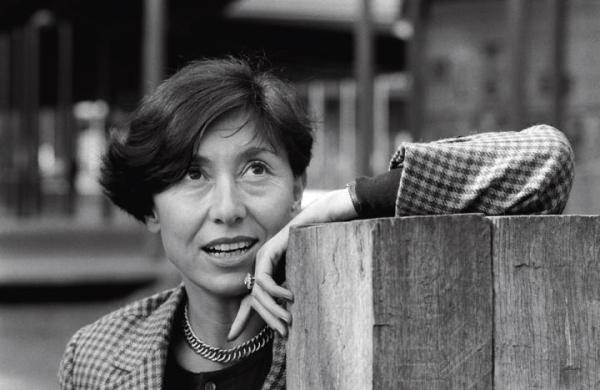 There is a moderate and fair-seeming account on the LRB blog by Maria Dimitrova who has reviewed the 400 page file now published on the web by the Bulgarian Dossier Commission. She concludes:
“As one Bulgarian journalist has noted, we are in the ‘absurd situation’ of forming an opinion of Kristeva based not on her actions ‘but on institutional assessments by State Security – an institution that we denounce as amoral and repressive but at the same time accept its criteria’.”
https://www.lrb.co.uk/blog/2018/04/03/maria-dimitrova/a-jar-a-blouse-a-letter/

I recommend the Binet novel The 7th Function of Language — which Dimitrova mentions. It dances over and around Barthes, Sollers, Kristeva, Eco, Searle, Chomsky and Grice. A clever hoot, and this episode reads like a real-life addendum.Report