Late last  year, the Journal of the History of Philosophy (JHP) had announced that it would not be accepting new submissions on early modern philosophy and would be treating “revise and resubmit” verdicts on manuscripts as rejections. JHP editor Jack Zupko (Alberta) has now announced that these measures are no longer in effect.

Effective immediately, the JHP is lifting the suspension, instituted on December 1, of consideration of new submissions in early modern philosophy, as well as of new *revise and resubmits*.  Our publication queue is back within acceptable range in all historical periods.

The announcement is also available on the journal’s home page. 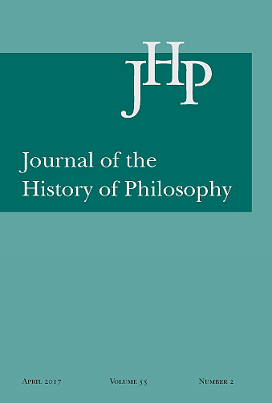