A professor of philosophy at Bloomsburg University of Pennsylvania was arrested last Thursday after child pornography was discovered on his university-issued computer.

Professor Scott Lowe, age 57, was charged with “four counts of sexual abuse of children, relating to the possession of child pornography, and related charges,” according to a press release from Pennsylvania’s Office of the Attorney General (and this Philly Voice article). He was detained at Columbia County Prison last week, and is currently out on $250,000 bail. A hearing is scheduled for February 28th.

According to the Attorney General’s office, “multiple photos that met the criteria of child pornography under the Pennsylvania Crimes Code were discovered on Lowe’s computer after of a routine audit for all Bloomsburg University machines. After further investigation, it was discovered the images were accessed from Lowe’s desktop computer in his office at Bloomsburg University.”

Lowe, a married father of four, was a professor at Bloomsburg for over 30 years, reports WNEP, and for period had been chair of the Department of Philosophy. He has been suspended from his position at the university.

UDPATE (10/1/18): Dr. Lowe was convicted and will serve one to two years in prison, pay a $5,000 fine, and have no future unsupervised contact with children. Details here. 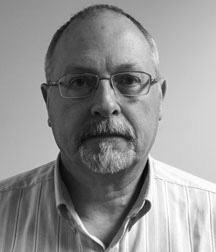 The Attorney General’s press release arguably implies that university students are children or at least child-like when it says the following: “These charges are particularly heinous because the accused is a professor – someone trusted to work closely with students.”

It’s not clear from the Attorney General’s press release who did the initial audit.

I wonder what other things on faculty computers were searched for during the “routine audit.”Report

From the WNEP piece linked to in the post: “According to arrest papers, it was earlier this month during a routine check of campus computers that an employee noticed malware and traced it to Lowe’s desktop in his office in Bakeless Hall: an image of a young girl in her underwear.”

Where did your mind go?Report

It’s more than just that image. That image in itself doesn’t even sound like it meets the criterion of what they’re charging him with.Report

I don’t think that students need to be children or child-like for this to be a particular concern. Students can be vulnerable, and professors have power over them. That seems enough.Report

I taught for a year in the PASSHE (PA state) schools. It’s mandatory that all employees pass background checks relating to child abuse and sex crimes. Part of the rationale is that as faculty and staff we do work with children, especially if we are teaching at extension or branch campuses where high school students often enroll in college courses. I had one class at an extension campus that had 3 (of 35 enrolled students) who were still in high school.Report

Someone has to say it: AG Shapiro’s remarks are outrageous. His talk of “zero tolerance for predators” and abusers, and insinuations about Lowe’s “working closely with students,” all defame Lowe as a threat to children. This is false, libelous stuff. You don’t have to defend Lowe — obviously a sick, sad dude — to point out the plain fact that he merely viewed a few pix on his computer and, by age 57, has evinced no threatening behavior to children, or anyone else, as far as anyone has uncovered. Maybe Shapiro is overcompensating for the fact that his office’s sole “investigative” role in this sordid affair was to be handed over files by the college. Either way, Lowe should sue him. This story is an occasion for pity, more than outrage — unless the outrage is directed at the lying AG.Report

I am not sure I understand this line of thinking. Are you suggesting that the viewing of child pornography does not contribute to the sexual abuse of children? Or is it that since we don’t have any specific allegations of physical child abuse, he shouldn’t be labeled a threat? Are there philosophers out there defending child pornography? If so, I would genuinely like to read their work.Report

And THAT false equation is still MORE justified than in the present case. For very understandable reasons, the crime of child pornography is defined VERY broadly, so that it can include viewing images that did not result from abuse and that were neither purchased nor voluntarily sought.

There’s some work on virtual child pornography. It’s a tougher case, because there aren’t any actual children involved. Some still oppose it because they believe it encourages its consumers to abuse children. Others think it may reduce such abuse, because it gives potential abusers an outlet. It’s been in front of the U.S. Supreme Court at least twice. Some, of course, oppose it simply on indecency grounds.

There were also issues about laws concerning things like sexting. The way some child pornography laws were written, if a 17 year old sexts a picture of herself to her 17 year old boyfriend, he he guilty of possessing child pornography, and she is guilty of disseminating it. And both would have to register as sex offenders – which seems pretty silly. I think most laws in the U.S. have been amended to avoid this consequence, though.Report

Just to help anyone looking for relevant facts of the case…This looks like the portion of the law in play (material must be of an underage person, <18yrs., as a matter of fact; viewer need not know the actual age)

Opps, guilty.
“UDPATE (10/1/18): Dr. Lowe was convicted and will serve one to two years in prison, pay a $5,000 fine, and have no future unsupervised contact with children. Details here.”Report

I hope he gets psychological help and is able to return to society without reoffending. I doubt that a prison sentence for him is going to make the world a better place.Report