The following is a guest post* by Erick Ramirez, assistant professor of philosophy at Santa Clara University. Among other things, Professor Ramirez has been working on philosophical issues related to the limits of our capacities for empathy and taking the perspective of others, and he has been developing exciting new tools to help us somewhat overcome these limits in our philosophical investigations. 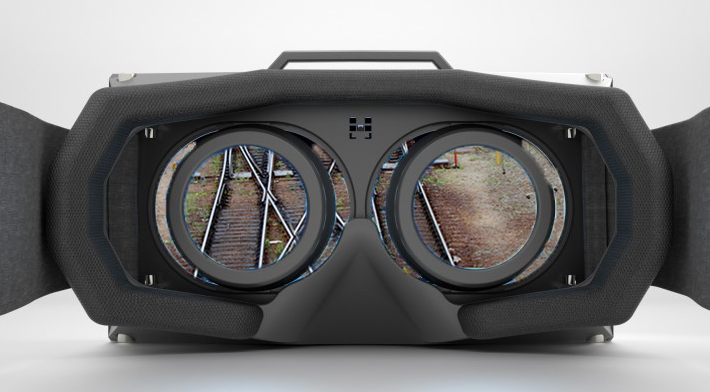 Moving Beyond the Thought Experiment Paradigm: Experiments in Virtual Philosophy
by Erick Ramirez

We might ask our readers to ‘suppose that they were kidnapped by the Society of Music Lovers’ or  to ‘imagine they find themselves at the switch and a runaway trolley car is headed their way.’ If we’re especially ambitious, we might ask readers to ‘imagine that a terrorist has hidden a bomb somewhere in Paris.’ Whatever the scenario, philosophers often ask audiences to take part in these sorts of thought experiments as key parts of a classroom lesson or argument. For at least one broad class of thought experiments, what I have elsewhere called ‘perspectival thought experiments,’ I’ve argued that this is a mistake and, more importantly, that we can do better.[1]

A thought experiment is perspectival because of what it requires that we do to successfully complete it. In a perspectival thought experiment, we must mentally simulate a point-of-view different from our current one and then make decisions (or gauge our feelings) from that new perspective. All of the experiments I’ve listed above are perspectival. The problem with such thought experiments is that they presuppose a capacity for simulation that is all but impossible for us. Why “all but impossible”? In part this is due to the nature of first-person perspectives. Such perspectives are composed (at least) of two parts. The most obvious are doxastic elements: this is a tree, that is a cat, I’m in California. Less obvious are subdoxastic elements: positive or negative mood influences, implicit biases – assuming they replicate-, and other such sundry elements that influence how we conceptualize and frame our doxastic states. Because subdoxastic features of experience are, well, subdoxastic, any attempt to simulate them will rob them of this feature (simulation being a conscious, effortful, process) and alter their effects on our experience.

This is one reason why we are so bad at getting our own future behaviors right (ask any of Stanley Milgram’s subjects whether they thought they would be willing to deliver a 150 volt shock to their peers and they would have all said no). For these reasons, we believe that philosophers, and psychologists interested in moral decision-making, should try to move beyond the thought-experiment paradigm if possible. Having said this, thought experiments can have many uses above and beyond the generation of new data (they can function as examples, they can be used to illuminate unclear features of a concept, they can function as useful bits of rhetoric) and my arguments don’t extend to these uses.  What I’d like to see us do is move away from thinking that perspectival thought experiments generate new (or realistic) data about our moral judgments and to consider how new technologies can enhance our ability to teach, and do, philosophy.

In collaboration with my colleague Scott LaBarge and a pair of intrepid students with computer coding experience (Miles Elliott and Carl Maggio), I have been producing Virtual Reality (VR) analogues of many classic perspectival thought experiments. We believe that VR technology has the potential to help us move beyond the error-laden thought experiment paradigm to get a clearer, more realistic, picture of moral decision-making. Why do we think that? Here are three reasons:

We have currently produced VR simulations of Philippa Foot’s trolley problem and Judith Thomson’s Violinist Analogy. These simulations are free to download at the PhilPapers index; anyone with access to an HTC Vive and a VR capable computer can experience them and use them in any way they wish. Versions optimized for the Oculus Rift will be uploaded soon. 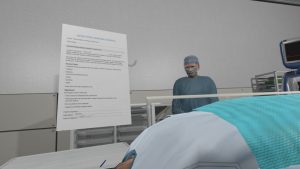 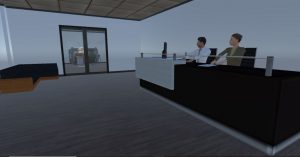 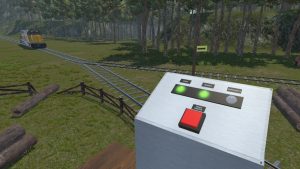