The Journal of the History of Philosophy has announced that Clare Carlisle, senior lecturer in philosophy and theology at King’s College London, is the winner of its best article prize for Volume 55.

Here’s an abstract of the article: 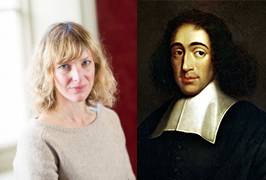