“I think metaphysics is the real theory of everything: nothing is off its remit.”

That’s Peter Simons (emeritus, Trinity College Dublin), in an interview with Richard Marshall at 3:AM Magazine. He continues:

This extreme generality makes it harder to secure feedback about the truth or otherwise of its theories, so there are always many fiercely competing views, some quite extreme, and with no obvious best one even of the less extreme views. Every so often, in fact several times in the history of the subject, this has given rise to a sceptical backlash, with that of logical positivism that you mention being one of the most sustained and radical.

It turned out that the criticisms of the positivists went too far: they were self-undermining. There is a genuine place and need for metaphysics, and if it is suppressed for long, that need makes itself felt. When philosophers avoid it, others spring into the breach: philosophically interested scientists, as well as all kinds of gurus and false prophets.

After several decades in the mid-part of the last century when metaphysics was criticised and largely avoided, it gradually began to revive, at first in the guise of the semantics of natural and artificial languages, what I call Metaphysics-Lite. Since semantics can be done in so many ways, eventually metaphysics was bound to be taken up again for its own sake. It was an interesting development, because a large number of philosophers moved in the same direction independently at the same time. By the 1980s it was making a strong comeback, and since then it has flourished, especially in analytic philosophy. Not so many years ago I was saying we were living in a golden age for metaphysics.

Unfortunately, the rediscovered freedom has again led to some pretty extreme and crazy theories, so another wave of sceptical criticism has followed as surely as day follows night. There has been a return of concern about whether metaphysical disputes are genuine, and a new name for metaphysical reflections on the status of metaphysics: “metametaphysics”. It’s dismaying to find metaphysics through its own excesses being compelled to retrace the steps to legitimation that it so recently took.

I hope the excitement about extreme views dies down and a more level-headed realism returns, but I am not betting on it. Extreme views attract comment both imitative and critical, while metametaphysics tends to undermine the drive for first-order truth. Both divert energies from the serious business of getting metaphysics right.

Thoughts on this thumbnail history and diagnosis of metaphysics are welcome. 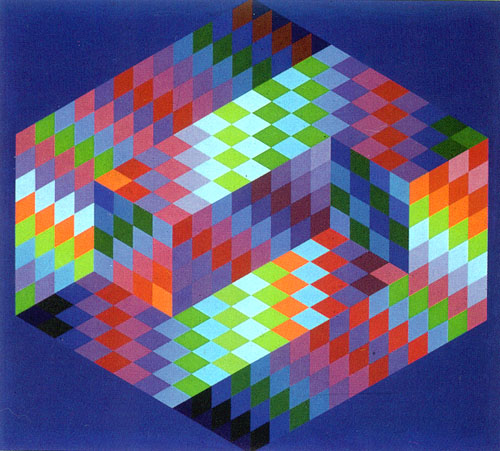 Seems to me like the revival of metaphysics in analytic philosophy was less about finding a new legitimation for metaphysics and more just that people started writing about metaphysical stuff again. Even if there is something to the usual history about Quine saving metaphysics from the positivists and ushering in the revival (by design or on accident), it’d still be reasonable to think about metametaphysics.

Agree with Simons sentiments about extreme first-order views though. Unfortunately, this phenomenon is not unique to metaphysics.Report

I share the desire for genuine metaphysical theorizing, as distinct from logic or conceptual analysis. But as I see it, that desire is always frustrated because we always get several alternative theories and it is always undetermined which one true or closer to truth. Not only do we lack practically applicable criteria for theory choice. No, it’s worse than that. Several metaphysical theories seem to work equally well, after their respective merits and setbacks have been thoroughly discussed. For me, this situation leaves the almost unavoidable impression that competing metaphysical theories cannot really indicate the true overall structure of reality but that they are simply different representations, let’s face it, different formal languages which we could use. In sum, I guess I am not saying much more than Carnap (Empiricism, semantics and ontology) and Quine (Ontological relativity) have said about ontology. When I was much younger, I thought: There HAS GOT to be much more about metaphysics! Carnap and Quine MUST have missed something! Today I think: Like it or not, these two guys nailed it.Report

I find his sentiment about extreme views to be really bizarre. Presumably, these are the more interesting ones. Hoping that they just go away is especially weird. If the methods of contemporary metaphysics don’t rule them out and it seems like they should then this is obviously a methodological problem and the turn to metametaphysics is exactly what the field needs.

I would suggest that the problem is that in order to defend the extreme theories it is more or less stipulated that they have no implications for the rest of human inquiry. Fictionalist and other “easy road” arguments for nominalism are taken to imply nothing for the real-world practices of mathematicians or scientists. Similarly, most platonists (by which I merely mean those who defend the existence of abstract objects) have abandoned the interesting supernaturalistic bits about human psychology that made platonism interesting in the first place. The contemporary version of platonism is just that there are numbers, propostions, etc. This seems rather obvious: there’s a prime number between 2 and 4, so there’s at least one number and in fact there are infinitely many. So what? The literature boils down to sophisticated semantic strategies for avoiding quantification over numbers (or showing the indispensability thereof). But why bother if nothing is really at stake? Our broader semantic and epistemological theories will either be formal and will thus not require any detailed story of how our minds are “linked” to the objects they represent beyond disquotation schemas–and will thus vindicate platonism–or they will focus on concrete causal relationships between human beings and their environment in the same vein as psychological theories of perception–and will thus vindicate nominalism. Whichever is the case, it should be determined independently of metaphysics given the explanatory fruitfulness of the relative theories. Moreover, the answer to the platonism/nominalism dispute will be obvious and uninteresting in either case. This is why the debate is in a standstill: it must be settled by evaluating claims that must by their very nature be evaluated by broader theories outside the purview of metaphysics. Virtually no one is willing to say that we should reformulate the mathematics for all science and be skeptical of all theories until we do so, or that we have a sui generis facilty of intuition that involves violations of physical laws within our skulls.

The problem is not whether the dispute is well-formulated (perhaps it is, perhaps it isn’t). By eliminating all these implications it becomes obvious that we had misconceived of the dispute in the first place as being more important and interesting than it actually is. Much the same can be said for other “difference-minimizing disputes”, as Karen Bemnet once put it. (Though her point is merely that we cannot know which theory is true in such disputes, not that the very question is thereby uninteresting because of the minimal differences.)Report

What makes a metaphysical opinion “extreme” and why is it bad to be “extreme”?Report

I wondered about this too. If you’re a metaphysical realist, on what grounds do you deny that the truth might be extremely weird?Report

Brian Leiter earlier posted a link to Simons’ interview and here is what I said in comment there:

“Above all, the interview is one good bit of evidence for the relevance of history of philosophy to current metaphysical disputes, and even disputes about metametaphysics. One could hardly engage in metametaphysical back-and-forth without knowing the history of metaphysics, unless one takes metaphysics to be some sort of a priori exercise. But ever since Plato and Aristotle that kind of metaphysical a priorism is implausible: empirical reference can’t be detached from any kind of claims about the nature of what is ultimately real. That’s why math isn’t metaphysics–it may engage the real world, but doesn’t rely on it for claims about purely abstract and logical order. But physics, for example, makes metaphysical commitments in just doing its work. Take a contemporary spacetime diagram. It posits a certain kind of existent manifold just to make sense of what it depicts, and, since one such diagram also assumes that different inertial frames exist as well, it contradicts any such representation in a Newtonian absolutist space and time diagram. So spacetime diagrams hold a kind of (at least tentative) metaphysical commitment. ”

There are levels of metaphysical claims after all. High level ones about (e.g.) nominalism versus realism intertwine semantics with ontology for producing distinct views–you have to (as it were) take distinct babies with their distinct bathwaters. But if one is able to fix workable semantics to empirical data as scientists often do (instrumentally or operationally as a methodological semantic commitment), then one can submit lower-level different pictures of a metaphysical nature–Minkowski spacetime versus Newtonian absolutism for instance–and place those pictures in a larger context of coherence with other data as supportive of one over the other. Over a rather short period of history this is how Einsteinian spacetime replaced Newtonian space and time as a plausible metaphysical account (and then further modified by curvature of mass-energy). And I emphasize my earlier use of the word “tentative” at the end of my quote–science leans on metaphysical assumptions based on data that support them, but of course those assumptions are always epistemically defeasible.Report

(I don’t intend the question rhetorically; there may be good reason.)Report

Thanks for the question David (if I may), and I’m not sure I can give you a cogent enough reply to push the force of it aside.

I hope that makes some sense. In summary I’ll say that (some) foundational paradigm changes in physics are truly metaphysical in nature, changing our grasp of the shape of reality. Staying within the boundaries of such paradigms we have more typical changes of how we physically grasp that foundational reality.

Even if I haven’t convinced you, thanks for making me think harder about this.Report