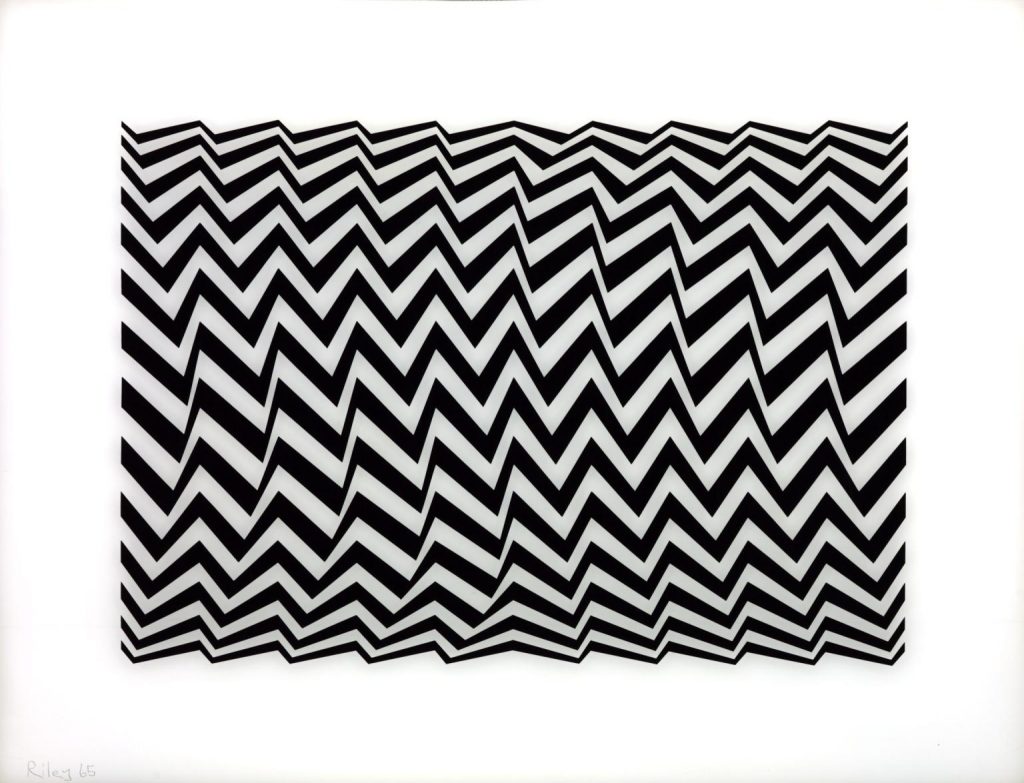 Some Universities Have About 20% Women Philosophy Majors and others About 40%, in Patterns Unlikely to Be Chance
by Eric Schwitzgebel

According to data from the National Center for Education Statistics, about 32% of Philosophy Bachelor’s degree recipients in the U.S. are women, a lower percentage than in almost any other discipline outside of engineering and the physical sciences. I would love to see that percentage rise. (I say this without committing to the dubious view that all majors should have gender proportions identical with that of the general population.)

A case could be made for pessimism. Although academic philosophy has slowly been diversifying in race and ethnicity, the percentage of women receiving philosophy BAs, philosophy PhDs, and publishing in elite philosophy journals has remained virtually unchanged since the 1990s. It seems that we have reached a plateau. Could anything move the dial?

I decided to look, institution-by-institution across the U.S., at the percentage of Philosophy B.A. recipients who are women. If there are some “outlier” institutions that have a much higher percentage of women philosophy majors than is typical, we could look more closely at those institutions. Such institutions might have policies or practices worth imitating.

[Raw data for all institutions here. Summary data for the targeted 66 here.]

I wanted to be conservative in testing for outliers, so here is how I did it.

First, I performed a two-tailed two-proportion z test, comparing the proportion of women Philosophy majors at each target institution to the proportion of women Philosophy majors in all the remaining institutions combined. To correct for multiple comparisons, I used a Bonferroni correction, lowering the threshold for statistical significance from the conventional p < .05 (representing a 5% chance that results at least as extreme would arise from random sampling error) to p < .0008. Ten of the 66 institutions had proportions significantly different from the overall proportion by this measure.

Five more institutions had fewer than 24% women Philosophy majors, with p values < .05 by both measures, but without meeting my stringent criteria for outliers. Due to the nature of multiple comparisons, some of these may appear on that list by chance.

Three institutions were outliers on the high side:

and—but I suspect there’s something odd going on here—

UW Bothell doesn’t appear to offer a straight Philosophy major; so I suspect these numbers are due to a potentially misleading decision to classify one of their popular interdisciplinary majors (Society, Ethics & Human Behavior?) as “Philosophy” (38.01 in the NCES classification). I’m looking into the matter. Meanwhile, let’s bracket that campus.

Between Penn and Scranton were several campuses with higher percentages of women among Philosophy majors, but smaller total numbers of Philosophy majors, and thus not crossing my stringent statistical threshold for outliers: University of Southern California (39.4%), University of Virginia Main Campus (39.4%), University of California Riverside (go team! 39.6%), CUNY Brooklyn (40.1%), Virginia Polytechnic (41.0%), Georgia State (41.1%), Boston University (41.3%), and Cal State Fresno (43.2%). None of these schools had strikingly high percentages of women BA recipients overall (45%-61%, compared to 57% women BA recipients in the US overall during this period and 54% in the 66 selected universities). Among these, U Virginia, UC Riverside, Virginia Polytechnic, and CSU Fresno all have p values < .05 by both measures. Again, due to the nature of multiple comparisons, some of these may appear on that list by chance.

I draw the following conclusion:

Some colleges and universities have unusually high or low percentages of women philosophy majors as a result of factors that are unlikely to be chance, across a range from about 10%-24% at the low end to about 38%-46% at the high end. If these differences are due to differences in policies or practices which differentially draw women and men into the Philosophy major, it might be possible for schools near the lower end of this range to increase their percentage of women Philosophy majors by imitating those at the higher end of the range.

I don’t know what explains the differences. It is striking that the two schools with the smallest percentage of Philosophy majors are both Catholic affiliated, so maybe that is a factor in some way. (ETA: Scranton, one of the high end outliers, is also Catholic affiliated!) Gender ratios among permanent faculty don’t to be the primary determining factor. Judging from gender-typical names and photos on the Philosophy Department homepages, women are 5/24 (excl. 1) and 0/8 of permanent faculty at St Thomas and Fransiscan, vs 4/15 and 2/16 at Penn and Scranton.

“A case could be made for pessimism. Although academic philosophy has slowly been diversifying in race and ethnicity, the percentage of women receiving philosophy BAs, philosophy PhDs, and publishing in elite philosophy journals has remained virtually unchanged since the 1990s. It seems that we have reached a plateau. Could anything move the dial?”

As mentioned in an earlier thread, I would appreciate a discussion of why we are trying to move the dial. Why are we assuming it is better for women to major in philosophy than whatever else they choose? (I’m putting aside journals for now.) Or are we only assuming it is good for philosophy? (If so perhaps that is more understandable as a motive but it is also a selfish one…)Report

Hi Anna! I think it’s good for philosophy. I also think that *if* some of the reason for the disproportion has to do with factors that unjustifiably discourage women from philosophy, as many people believe, then the disproportion is also unfortunate for the women who are discouraged.Report

Thanks Eric. I think few would disagree that if women are unjustly discouraged then that is bad, but I think there must be a lot more evidence to think this is so, i.e. other than just a lack of 50% women majors. After all, a far greater percentage of women are psychology majors than men. So maybe we should ask what psychology does that philosophy does not? . And it is fine to want more women since it is good for philosophy, but we should show at least some concern that recruitment efforts aren’t taking women away from what is better for them. For instance, I believe grad school in psychology offers much better job prospects than grad school in philosophy.Report

I can’t tell if your comment is genuine or trolling. For the sake of charity, I’ll assume the former:

It’s a not a matter of what’s good for women–that’s not our call. That’s not anyone’s call, except women’s. It’s whether women who would otherwise major in philosophy or enter philosophy or choosing not to do so because of a pervasively misogynistic culture. If that’s what’s going on –and I am a TT female philosopher with very good evidence that it is –then we need to fix the culture. Teach women philosophers. Hire women philosophers. Take sexual harassment seriously. End the bro-y pissing contests which dominate philosophical fora.

If all the cultural barriers to women being equally accepted in philosophy are eliminated, and we still lack gender parity, fine. But, we are so very far away from an equal playing ground for women/non-binary people, we simply don’t know what women would do, were equal opportunity available.Report

This is probably too picky, but is “who’re” a legitimate contraction? I’ve never seen it before. Also, it’s a rather unfortunate choice in the above context as it’s so similar to the word “whore”: the title reads like “whore women”.Report

I find it funny that someone would think my comment is trolling. Anyway I agree that we should absolutely make efforts to curtail sexual harassment. I could not agree more that we need to make efforts to do this and change the harassment culture. I just don’t know that that has to do with aiming for 50% gender parity. Are you suggesting it is somehow obvious that sexual harassment is the cause of the gender gap? Because that is not obvious. And that belief based on no further evidence is epistemically irresponsible. That is what worries me about this: the giant epistemic leaps. Why can’t we work with what we know and agree with: sexual harassment is unacceptable and should be stopped and that culture should be changed.Report

Also, I haven’t the slightest idea what this means: “End the bro-y pissing contests which dominate philosophical fora.”Report

Lastly I would say this: “Hire women philosophers IF the particular woman philosopher you are hiring is the best fit for the job.”Report

Thanks, Eric, for your continuing and invaluable work on this issue. Its tremendously helpful.

I have two small comments. First is just that we would expect variation even if all departments were behaving similarly — it should be no surprise that there is a distribution and some outliers on both ends: natural variation. So I’m up for looking at the departments with highish enrollments and seeing what they do differently from the others, but not convinced that what they do different explains the difference. Second point is that, even if it does, and we can figure out what best practices are, getting those practices adopted (even by ourselves) is quite another thing.

And then my usual annoying question (which relates, in a way, to Anna;s): what do we know about the gender distribution of credits (as opposed to majors). Is there something we could do to get this info?