In a new interview at What Is It Like To Be A Philosopher?, Carrie Jenkins, professor of philosophy and Canada Research Chair at the University of British Columbia, and author of the recent What Love Is, discusses her life and work. A question from interviewer Cliff Sosis (Coastal Carolina) prompts some comments on philosophy’s traditions and borders.

Can I talk about writers I find myself fascinated by lately? One is Jorge Luis Borges. Another is Franz Kafka. In both cases, I’m intrigued by how they are able to find ways into philosophical territory through writing that looks very unlike that of the philosophical traditions in which I was trained. I am interested, both methodologically and intrinsically, in creative ways to engage in philosophy that move beyond the borders of disciplinary training. In some cases, way beyond.

Getting outside my comfort zones in this regard has been one of the biggest upheavals to my career since I was appointed full professor. I’ve heard tenure described as a “straight shot to the grave” and I never want my life—including my intellectual life—to feel like that. Philosophy has infinite potential in every imaginable direction; it isn’t functioning at its best when its practitioners are all doing very similar things and moving in straight lines. When philosophy feels limiting and limited, that’s because it’s been made to feel that way. Usually by people in positions of institutional power.

Philosophy itself is a massive collaborative conversation that can’t fail to be exciting. It’s alive and well, it’s moving in every direction, and it’s happening all over the place (certainly not just in philosophy departments, or in universities). The academic discipline called “philosophy,” in my opinion, is in trouble. My best guess is that it needs to look outwards more and inwards less if it’s going to remain credible. To expand its conversations, get over the idea of a “core” (a small subset of topics supposedly of more value than whatever anybody else wants to discuss), get beyond the voices and opinions that are currently loudest, stop dismissing and tone-policing and gate-keeping and excluding and marginalizing in such a defensive way….

Jenkins knows that moving outside the safe space of traditional academic philosophical writing is not without its costs, and will vary from person to person. Part of the interview involves a frank discussion of the mental and emotional challenges she has and continues to face in her career.

This is perhaps closer to being a secret: a huge part of my experience of sending all these imperfect things out into the world is shaped by those parts of the world that respond very negatively to them. And I want to be clear about the costs of that, because I think there are people who see my “productive” public-facing self—maybe they see a smiley face and a list of publications and media appearances and so on—and they make assumptions about what it’s like to be me. Like that I’m a confident person with a high opinion of myself, someone who is happy and enjoying all the attention. Some folks think I’ve gotten ideas above my station, that I am uppity and so on. (A lot of this strikes me as probably being quite gendered, but that’s another story.)

It is epistemically weird: you really can’t know these kinds of facts about someone from their public persona, but some people think they can.

Anyhow, for what it’s worth, what my inner monologue is actually telling me most of the time is that I am worthless and a fraud and a failure, and that I should quit. So to hear those same messages coming from the outside too can be dangerous for me, because I already believe them. I try to avoid getting too much of this full in the face, which has meant withdrawing myself from a lot of activities and connections I might otherwise benefit from. I used to feel “well-connected” in philosophy; now I generally feel isolated.

She believes that what she should do, as an established member of the profession, is encourage work that pushes against philosophy’s comfort zones:

I think it’s in the silences and absences of our current disciplinary conversations that most of the exciting possibilities (and the viable future of our discipline) are hiding….

[O]ne signal to watch for is what provokes the defensive, gatekeeping reactions, like “that’s not real philosophy.” We can listen out for what kinds of voices and questions are being dismissed and belittled by the old guard. If there wasn’t something new and powerful there, the conservative wing of our discipline wouldn’t be so flustered about it….

I see my own future as a philosopher as being about trying to enable those conversations, not about bolstering the status quo. 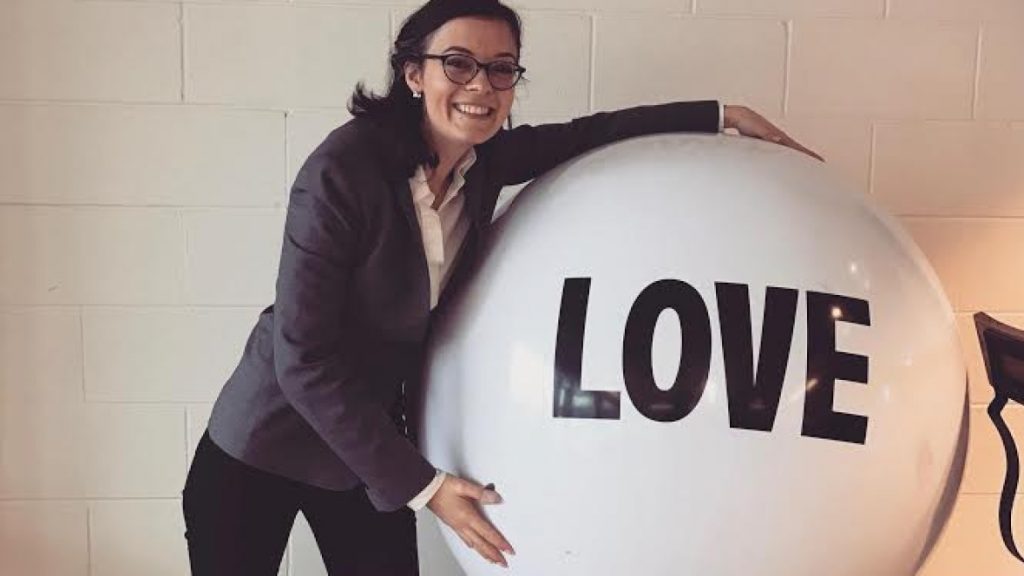 “If there wasn’t something new and powerful there, the conservative wing of our discipline wouldn’t be so flustered about it…”

Hmm, not sure about this inference. Presumably the philosophical traditionalists would be similarly bothered by the growing popularity of a new way of doing things that was genuinely lacking in value, a mere distraction from the kind of philosophical inquiry that’s most worthwhile. Indeed, I take it that that’s exactly what they believe to be going on in actual cases. (Are they necessarily mistaken, such that there are no methodological boundaries worth protecting? That would be a striking claim…)Report

“The academic discipline called ‘philosophy,’ in my opinion, is in trouble. My best guess is that it needs to look outwards more and inwards less if it’s going to remain credible. To expand its conversations, get over the idea of a ‘core’ (a small subset of topics supposedly of more value than whatever anybody else wants to discuss)….”

This complaint sounds off to me. I see philosophy as unusually interdisciplinary, especially lately. Philosophers of mind look outward to psychology; philosophers of language look to linguistics; and ethicists routinely look to both, as well as economics and evolutionary biology.

And part of what makes philosophy coherent, rather than a loose cadre of people in other disciplines, is that philosophers share a “core” education in M&E, value theory, language, and mind. I’m not saying these are “more important” issues than philosophy of love or philosophy of biology. It’s just that they are more typical of the field: they have more in common with other areas of philosophy, and less in common with non-philosophy. That’s because they’re basic and fairly topic-neutral, which makes them ideal for a proseminar, and sensible requirements for a philosophical education.Report

I suspect some of the mischief here is caused by us running together two notions of what the “core” fields are. It’s possible to distinguish

1. Areas where we think the work is of the highest value.
2. Areas that we think should be part of the common training of (most) philosophers.

My very rough sociological sense is that these two notions are much more strongly correlated in philosophy than in other disciplines. And that’s probably a bad making feature of our discipline.

Compare what happens in economics. Here is the list of what’s in the “core curriculum” at MIT econ – https://economics.mit.edu/graduate/ph.d./graduate. It’s very traditional: theory, econometrics, math, probability etc. But that’s not what the best MIT econ grads (or grads of other schools) are working on. They do work on health economics, and development economics, and other much more pressing things. The John Bates Clark medal (https://en.wikipedia.org/wiki/John_Bates_Clark_Medal), for example, rarely goes to someone working on the “core curriculum” any more. (Sannikov may be an exception, but I’d have to actually understand his work to say for sure.)

We could have more of a culture like that in philosophy, where we celebrate people (like Carrie!) who start out with a solid training in the “core curriculum”, but then apply those skills to new areas.Report

Thanks for your reply, Brian. (And — unrelated — for the very inspiring idea of evidential screens!)

I didn’t mean to mischievously “run together” two notions of core-ness. I was trying to distinguish them! Carrie says we should “get over” the idea of a core (of supremely crucial topics), and stop being so insular. I said that we’re not insular at all, and that there is *a* good sense in which we should cherish core (i.e. typical) philosophy — it helps define the field.

But maybe I should have phrased my point more carefully. I could have just said that “The core is bad!” is a tricky claim, since Carrie is using “core” in a way that others. I also take your and Carrie’s point that we should reward people for tackling new issues, and that we shouldn’t assume that “core” work is automatically better.

As for the (intriguing) contrast with economics, I wonder if part of the difference might be due to a difference in the content of core issues, rather than something cultural. No one spends their career disputing the stuff you learn in core econ classes (except Sannikov? I wouldn’t know), but smart people dispute nearly everything in metaphysics — Lewis believes in flying donkeys, van Inwagen doesn’t believe in pencils. In ethics, Mackie thinks we couldn’t know any objective truths, and Anscombe’s “mystical vision” tells her corpses don’t go in the garbage.

So maybe there is just more room for debate (and progress!) in core philosophy.Report

Typo: I meant “since Carrie is using ‘core’ in a way that others wouldn’t use it.”Report

This a very honest and open interview, which I certainly appreciate, but I nevertheless can’t help but view some of Professor Jenkins’ comments about academia as a bit unfair or even hypocritical. Case in point, she criticizes academia for, on the whole, becoming increasingly socially conservative. Yet, according to her CV, she has signed on to a project funded by the John Templeton foundation, which is one of the leading promoters of conservative economic and social thought.

Moreover, a theme of the interview seems to be that there is a disconnect between most of Jenkins’ research and the kind of work she actually enjoys doing because the professional pressures of academia force you to tread a very narrowly defined path or risk perishing. However, given Jenkins’ more than impressive record of publication at such a (relatively) young age, it just isn’t apparent to me that she couldn’t have opted for a different balance between conventional research and more exploratory work that better suited her inclinations and interests. No doubt gatekeeping and incentives to conform are very real problems in academic philosophy, but I just can’t help but feel that Professor Jenkins’ was, and still is, much better positioned to resist these forces than your average early to mid-career academic.

Anyway, this is just my two cents from the outside looking in. It was still a good interview and her work in Philosophy of Emotion sounds very interesting!Report