William Barry, associate professor of philosophy at Notre Dame de Namur University and director of its “Virtual Learning Lab,” taught a new kind of student in his philosophy of love course this past term: a robot.

The robot, Bina48, was developed by Hanson Robotics in 2010 and is owned by the Terasem Movement Foundation. It has some form of artificial intelligence and connects to the Internet. Physically, it is a bust-like head and shoulders mounted on a frame: 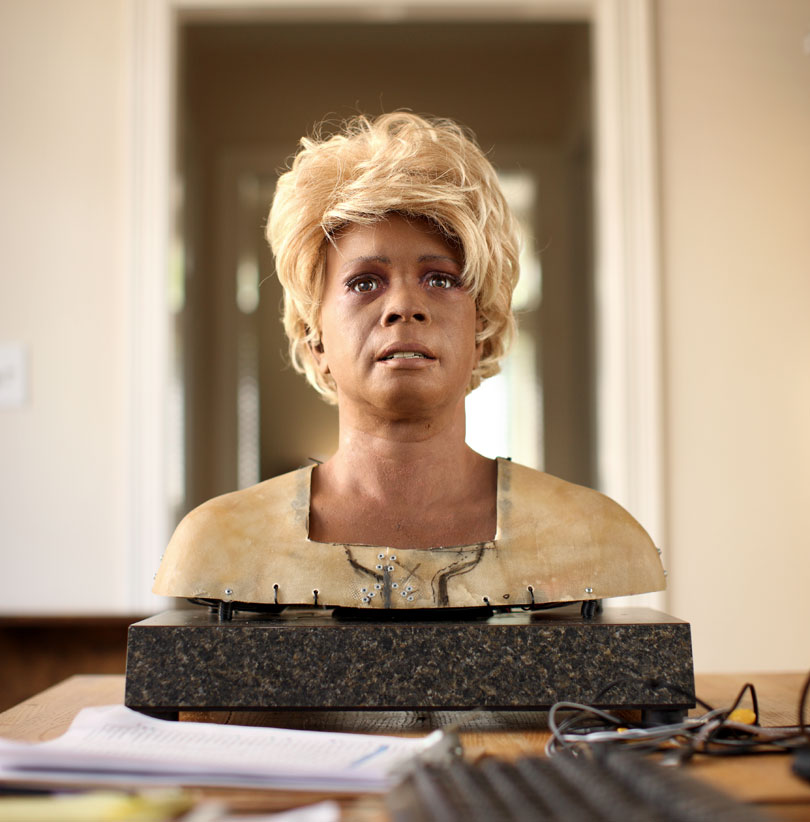 Lindsay McKenzie at Inside Higher Ed reports that, according to Barry, Bina48 is “the world’s first socially advanced robot to complete a college course.” She writes:

Rather than enroll Bina48 in his Robot Ethics: Philosophy of Emerging Technologies course (which, he says, might have been a more natural fit), Barry suggested that Bina48 should take his course Philosophy of Love instead. Love is a concept Bina48 doesn’t understand, said Barry. Therefore the challenge would be for Barry and his students to teach Bina48 what love is.

“Some interesting things happened in the class,” said Barry. He said that his students thought it would be straightforward to teach Bina48 about love, which, after all, is “fairly simple—it’s a feeling,” said Barry. But the reality was different. Bina48 ended up learning “31 different versions of love,” said Barry, highlighting some of the challenges humans may face when working with artificial intelligence in future.

Bina48 took the course via Skype and will be taking Barry’s course on robot ethics next semester.

The full story is here.

I already get a few of those in my courses every semester.Report