Gerald Dworkin, distinguished professor of philosophy emeritus at UC Davis, has put together another volume of philosophical humor, Philosophy: A Commonplace Book, Volume II. It’s available as an e-book here (as is the first volume).

The aim of the book is “to collect witty, entertaining, humorous, clever, insightful, brief remarks about, or relevant to, or within philosophy.”

I do not agree with Plato, but if anything could make me do so, it would be Aristotle’s arguments against him. — Bertrand Russell

Justin Weinberg: As it turns out, you can make the same Heraclitus joke twice.
Matthew Smith: As it turns out, you can make the same Heraclitus joke twice.
Justin Weinberg: You can say that again.
David Grober-Morrow: At least it’s also possible to make different Heraclitus jokes. Parmenides jokes are all the same.
David Grober-Morrow: I’ve been trying to come up with a Zeno joke, but I can never quite get to the punch line.
Justin Weinberg: David, I was halfway to saying the same thing when I saw that you had beat me to it.
David Boonin: I doubt there are any good Pyrrho jokes.
Eric Wiland: Stoic jokes aren’t supposed to make you laugh.
Mark Alfano: Now you’re just being cynical.
Justin Weinberg: I have a list of Euthyphro jokes, but I can’t tell whether they make me laugh because they’re funny or that they’re funny because they make me laugh.
David Boonin: You already know some Meno jokes even if you don’t realize it.
David Boonin: And the Sisyphus jokes are endless.
David Grober-Morrow: Trojan jokes seem funny at first, but there’s almost always something offensive in them. 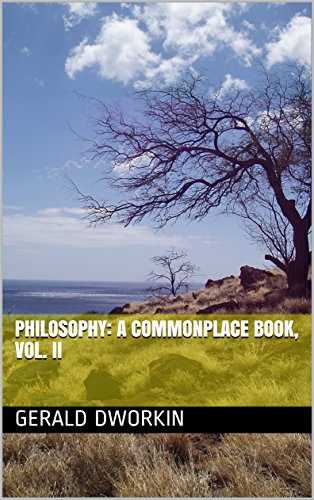 Hartry Field’s tongue-in-cheek recommendation on the back cover of David Enoch’s ‘Taking Morality Seriously’ reads:
“On the scale of texts arguing for an obviously false conclusion, this actually ranks pretty high!”Report