Bob Hale, emeritus professor of philosophy at the University of Sheffield, died last week. He was 72 years old.

The Department of Philosophy at Sheffield posted a memorial notice about Professor Hale. An excerpt:

[At Sheffield] he came to be greatly loved and respected by many here as the most dedicated of teachers, the most generous of colleagues and the best of friends. His untiring enthusiasm for philosophical thinking along with his uncompromising sense of rigour could sometimes be exhausting to the faint-hearted but were a great source of inspiration to those who shared his love for our subject. He was unfailingly kind to and supportive of students and colleagues, always happy to share his extensive knowledge and his razor-sharp mental faculties. His supervisions with his graduate students sometimes assumed epic proportions.

Especially in the fields of the Philosophy of Mathematics, Philosophy of Logic and Metaphysics, Bob was one of the leading philosophers of his generation. His published work includes three major books, Abstract Objects (Blackwells 1987), The Reason’s Proper Study: Essays Towards a Neo-Fregean Philosophy of Mathematics (OUP 2001, jointly written with Crispin Wright) and Necessary Beings: An Essay on Ontology, Modality, and The Relations Between Them (Oxford 2013) as well as many important articles. He was also a British Academy Research Reader (1997-9), a Fellow of the Royal Society of Edinburgh (elected 2000), President of the Aristotelian Society in 2002-3, and a Leverhulme Major Research Fellow (2009-11).

The department is planning a memorial lecture in his honor for sometime in 2018.

An in-depth interview with Professor Hale is here. 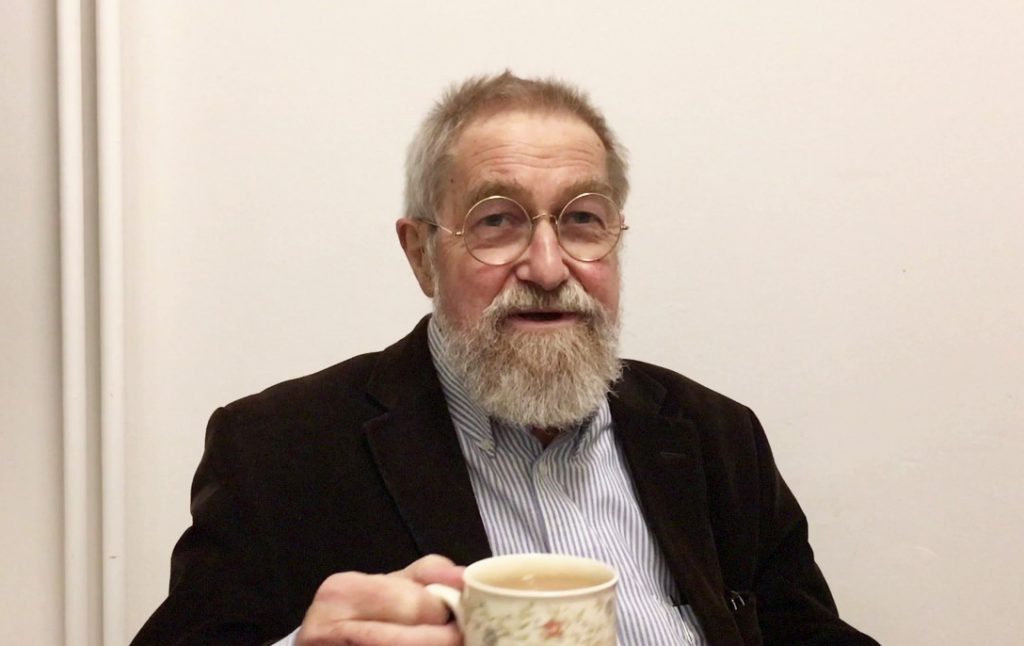 Bob was a fantastic philosopher, and a sound, and witty, person. He was the best supervisor I could hope for; I owe him a great deal. Even if my work was neither in the philosophy of mathematics nor in metaphysics (his main areas of expertise), he always seriously engaged with what I was trying to come up to, often inspiring lines of thoughts and arguments that later became papers. He knew his value, and yet he was humble, and down-to-earth. He consistently supported me during the PhD, from my first tentative papers, to the writing of the thesis, to the final application season, when his good humour and soundness proved essential. Without him, I would probably still be writing my thesis, always adding new chapters; or I would have likely given up applying for jobs. We once discussed what he thought was his main teaching to his PhD students; he thought ‘not to waste one’s reader, or audience, time’. Bob took Philosophy very seriously; he was passionate about it, and saw himself engaged in the project of uncovering the nature of mathematics, from arithmetic to set-theory, and of modality. Uncover some of it he did, I think, like Frege, one of his heroes, before him. With wit, generosity, and unfailing sense of humour.Report

Bob was one of the best people I have known in the profession. I am sure many philosophers out there know how careful and creative he was as a philosopher. But fewer were lucky enough to get to know him well enough to know how kind and charming he was. I was lucky enough to be one of those people, and to count Bob as a good friend. He will be missed.Report

Roy is absolutely right– Bob was such a good person. In addition to being clever and creative and kind and curious and encouraging of others as a philosopher, Bob was really open-hearted as well. I gave a talk at Glasgow when he was there, and he hosted me at his house (which was as warm and cozy and nice as he was). He was genuinely interested in people, and was a pleasure to talk to about many things. Back when I did philosophy of mathematics, talking with Bob was always a pleasure. His views were very different from mine, but he was all about looking for interesting ways to extend the thoughts I was trying to put together. Our paths haven’t crossed for a good while, but I’ll miss him.Report