The following is an obituary for philosopher Eileen O’Neill, who died last week, by Christia Mercer, the Gustave M. Berne Professor of Philosophy at Columbia University and Director of the new Center for New Narratives of Philosophy, which is itself motivated by Eileen O’Neill’s work. 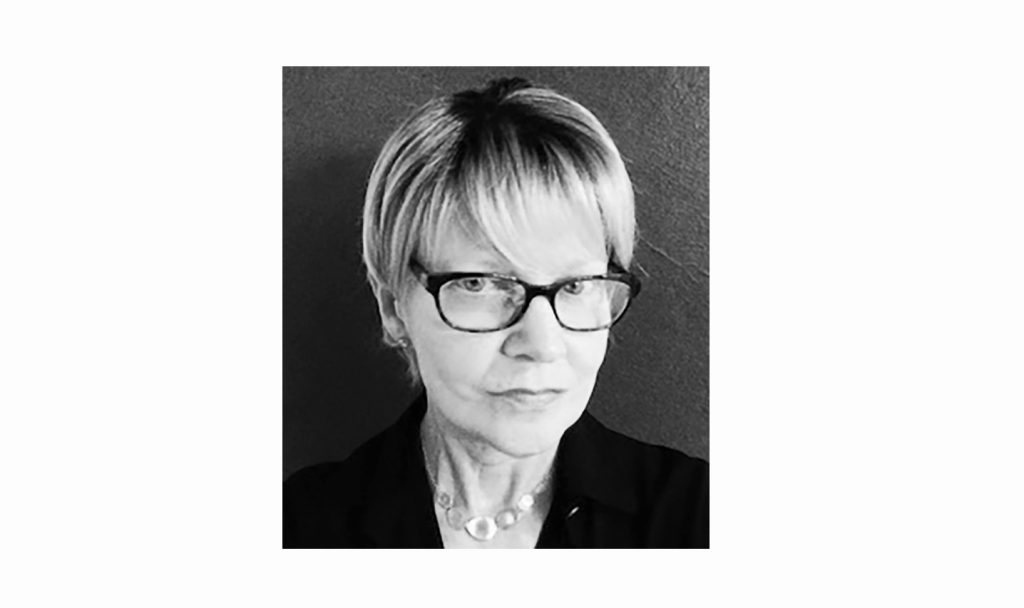 Eileen O’Neill (1953-2017) is probably the most significant historian in early modern philosophy of her generation and may prove to be one of the most important historians of the past several decades. Although her untimely death has put an end to her own work, it will not curtail the movement she created, one that is already changing the way we think of philosophy’s past. Thanks to O’Neill’s philosophical acumen, scholarly tenacity, and personal generosity, there is now a growing awareness among experts that philosophy’s past is richer and more diverse than previously understood. It has become clear that canonical figures are best studied in a broad context and that our philosophical heritage contains long-forgotten innovative ideas, movements, and thinkers. To make the point another way, when our students wonder in twenty years what led philosophers both to reconsider the early modern canon and to embrace the philosophical richness of the early modern period, the answer will be short: Eileen O’Neill.

As a graduate student at Princeton, O’Neill developed a life-long fascination with causation, especially mind-body causation as debated among 17th century Cartesians, writing a dissertation on mind-body interaction under Margaret Wilson. In 1980, she took a tenure-track job at the University of Notre Dame 1980, but was back in New York City two years later, on research leave taking graduate courses in Art History at the CUNY Graduate Center, where she studied with Linda Nochlin and Rosalind Krauss. One of the results of this work is her important 1989 paper, “(Re)presentations of Eros: Exploring Female Sexual Agency.” In 1983, with her Princeton PhD in hand, she accepted an offer from Queens College (and, in 1986, the Graduate Center). She joined the UMass, Amherst philosophy department in 2001.

Eileen’s early career focused, in part, on the theme of causation in 17-century thought and resulted in two papers that remain classics: “Mind-Body Interaction and Metaphysical Consistency: A Defense of Descartes” (1987) examines the medieval background to Descartes’ account of mind-body interaction, while “Influxus Physicus” (1993), a model of scholarly erudition, provides a history of the concept of physical influx from medieval through early modern philosophy.

While developing these new insights into the history of early modern causation, O’Neill began devoting more and more time to her most ground-breaking work, namely, the recovery and philosophical articulation of long forgotten texts by women. When O’Neill began to excavate the writings of prominent early modern women from centuries of neglect in the 1980s, few could have foreseen the far-reaching consequences of her work. O’Neill took an imprecise map sketched by earlier historians, and added its most prominent landmarks drawn in precise philosophical detail. She managed to see connections between canonical and non-canonical figures, trace lines of influence, and recognize unnoticed philosophical exchanges.

O’Neill’s influence is so extraordinary for three reasons, each of which is a necessary condition of her success. First, she did the scholarly grunt work of traveling to archives, working long hours in libraries, and tracking down leads to create the most robust list ever made of the texts and ideas of early modern women.  In a time before scanned books and Google searches, she produced her own catalogue of citations and library of photocopied materials.

The second feature of O’Neill’s work that has made it so influential—and that sets her apart from many previous scholars—is its philosophical care. It was one thing to find forgotten books. It is quite another to make them palatable to philosophers. With a scholar’s attention to detail and a philosopher’s precision, O’Neill explicated core ideas in new systems and made them philosophically gripping. She dared scholars to widen their scope to include long-forgotten figures, hoping women’s philosophies would offer significant insights into the period’s central philosophical debates.

Like many before her, O’Neill’s motivation to study early modern women was feminist in that she was committed to recover the voices of women (and call attention to hundreds of years of neglect).

But it was also deeply philosophical. O’Neill worked to find the philosophical gems in the texts and then polished them with such care that we might all be entranced. And so we were, both by the ideas themselves and by the fascinating insights into the period’s philosophies that these new texts and ideas laid bare. For example, O’Neill’s edition and lengthy introduction to Margaret Cavendish’s Observations upon Experimental Philosophy allowed her to employ her innovative work on causation to expose Cavendish’s system as a historically significant response to 17th century philosophical problems. By uncovering the subtleties of unfamiliar systems and displaying their philosophical sophistication, O’Neill shifted attitudes about the seriousness of working on women philosophers. She made that work respectable and mainstream.

Finally, O’Neill’s work has been so influential because of her personal generosity. If someone in her purview showed any interest in a woman’s philosophy or a problem discussed by one, O’Neill would offer a philosophically robust account of its importance and then send along references and photocopies. She encouraged, cajoled, and helped. There are too many examples of O’Neill’s influence and generosity to begin to list here. The example I know best is her profound impact on me. After working on Leibniz for years, O’Neill suggested that I turn my attention to another 17th century Platonist, Anne Conway, whose metaphysics bears a striking similarity to her German contemporary. I am now working with other scholars on a new edition of Conway’s Principles of the Most Ancient and Modern Philosophy and finishing a book on her philosophy, which I discovered to contain a metaphysical system of astonishing originality.  My attempts to make sense of Conway’s thought led to new insights about central currents in seventeenth-century thought, and confirmed suspicions about Leibniz’s heterodox tendencies, including long-missed ideas in his famous Theodicy. It has also revealed the likely influence that Teresa of Ávila’s (1515-82) meditative ideas had on Descartes’ Meditations. And I am only one of many examples of O’Neill’s impact.

O’Neill’s classic 1998 paper, “Disappearing Ink: Early Modern Women Philosophers and Their Fate in History,” exemplifies her erudition and powers of persuasion. O’Neill shows exactly how “scandalous” it has been to exclude women from our histories of philosophy and offers a clear path to right that wrong. By such means, she persuaded her early modern colleagues and students to work on women and made it easy for them to do. By continuing O’Neill’s project, those colleagues and former students are now influencing the next generation of historians so that O’Neill’s influence will continue long after her death. There is now a groundswell of new research on women and other long-ignored figures. Thanks to her tireless work and philosophical insight, philosophy’s past will be more inclusive, more interesting, and more accurate.

At the time of her death, O’Neill was Professor of Philosophy at the University of Massachusetts Amherst, where she taught a wide range of courses in the history of modern philosophy, as well as courses in feminist philosophy. She was a legendary teacher who gave generously of her time and a beloved colleague who enlivened the UMass community.

Historians of early modern philosophy—indeed all philosophers—owe Eileen O’Neill an enormous debt for her tireless efforts to make the story we tell about philosophy’s past more accurate and more inclusive. She will be dearly missed as a teacher, colleague, scholar, philosopher, and friend.

The Eileen O’Neill Memorial Fund is being created at the Center for New Narratives in Philosophy of Columbia University to support students and scholars working in areas of interest to Eileen. Information about how to give will follow soon.

It was with great sadness I learned of the death of Eileen. In the early 1990s Eileen saw that I had given a talk on a seventeenth-century woman philosopher at a meeting of Society for the Study of Women Philosophers during an APA conference. I sent her a copy of the paper We were both teaching in New York City at that time. We met at her CUNY office and laughed when we saw that we had been keeping our notes and index cards of lost women philosophers in shoe boxes. In those pre-internet days we avidly exchanged the names of women authors we had discovered. We praised the New York Public Library, one of the few American libraries that had these treasures in that day. I spoke at conferences she sponsored at Amherst and at the Barnard conference in her honor. She wrote the blurb for some of my books. When she was struggling with cancer, I gave her a Joan of Arc medal and shared how I often prayed to Saint Joan for courage. Although she had taken her distance from the Catholic faith, she sent a moving note of thanks. Always such a generous colleague! I will remember her in a Mass in honor of Saint Joan of Arc. Rest in peace.Report