Adina Roskies, professor of philosophy at Dartmouth College, discusses neuroscience and philosophy in a recent interview with Richard Marshall at 3AM:Magazine.

Here are some of the relevant excerpts:

Neuroimages are a far less direct picture of what they aim to measure than are photographs. That said, there are parts of the brain, that, if you could read out the neural activity, would present something like a distorted movie of what the person saw (see work from the Gallant lab). But fMRI does not yield this without a lot of intervening modeling and analysis.

On whether neuroscience answers questions about determinism and freedom:

I think the successes of neuroscience give us inductive evidence to believe that our brains are very complicated biological machines, with no necessity for invoking spooky stuff. As such, they must be subject to physical laws. But nothing that neuroscience has yet shown (or will, I argue) suggests that determinism is true—neuroscience just isn’t the right kind of science to make that determination. And I think there are viable forms of compatibilism that make the question moot—that the truth of determinism isn’t the question that freedom hinges upon.

On what neuroscience can contribute to questions in metaethics about moral motivation:

The belief [that it is wrong to kill] very well may motivate you not to kill—it probably does. But it doesn’t have to (it is not a necessary consequence), which is [what] motive internalists claim. It is a common causal concomitant of the belief. I believe there are people who avow having certain beliefs yet don’t act as they should if they have those beliefs, and don’t show signs of being motivated by them. I can imagine a perverse person that is motivated to do things he thinks are wrong. But mostly, I think that certain brain structures represent the world, and other ones represent or instantiate motivational attitudes, and that these can be physically dissociated, and thus are only contingently, and not necessarily, connected.

On how newer techniques in neuroimaging don’t just tell us about where in the brain mental functions are occurring, but also about the structure of mental representation:

I have no doubt that mental functions are consequences of brain function. If all we could do was locate where in the brain they occurred I wouldn’t find it that interesting, and Fodor and friends are happy to characterize neuroimaging as only being able to locate places in the brain. But clever use of imaging can tell us much more. New analytical techniques enable to extract information about abstract representational structure from the neural signal, and while the information is coarse-grained, it is beginning to reveal fascinating things about the nature of object representation, face representation, etc. It also points us toward where in the brain to look with other neuroscientific tools, or in other animals. The early caricatures of neuroimaging as just telling us where things happen fail to adequately appreciate the real purchase that new neuroimaging analysis techniques promise to give us on neural representation. So far imaging is one of the best tools with which to explore (if cleverly deployed) the holy grail of cognitive science: the neural basis of mental representation.

On the prospects for artificial intelligence:

So far, we are not in a world where there is an artificial general intelligence. I am still skeptical that we will design a machine in the near future whose intelligence is domain general, and even more that we will design something sentient, but I am very impressed with the advances in cognitive tasks made recently with deep learning. If we can manage to make a machine that self-organizes and learns to deal with an open-ended array of cognitive tasks, I’m prepared to eat my words. And then we’ll be in a philosophically very interesting (and potentially very dangerous) situation.

The interview also covers other aspects Roskies’ work as well as some thoughts about the status of women in philosophy. You can read it all here. 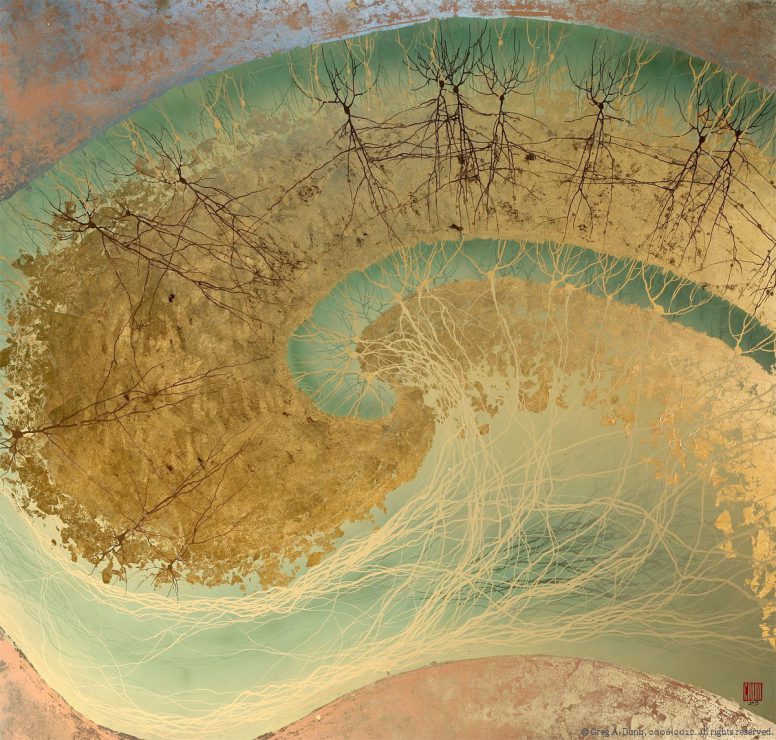 Why is that relevant? I can produce a drawing of what I imagine or see, too. Now the same effect through complex machinery. Links between consciousness and the material world are well known (pictures, linguistic utterances, actions) and now there’s a new link. How does this explain why a conscious subjective point of view exists at all? Descartes can well remain unimpressed.Report