From 2010 to 2015 there was, on average, a 3% annual decrease in the number of applicants to doctoral programs, and in 2015-2016 there was a 7.1% decrease, according to The Chronicle of Higher Education, reporting on data published by the Council of Graduate Schools. 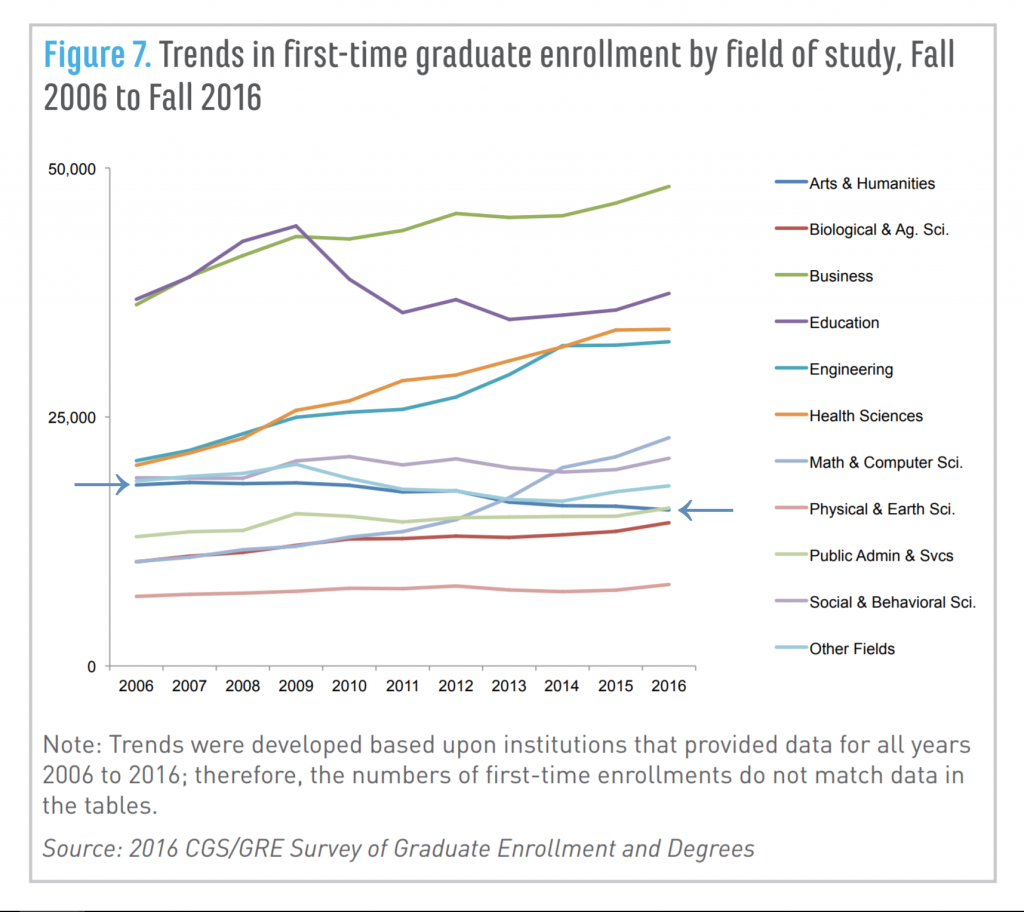 [from “Graduate Enrollment and Degrees: 2006-2016,” by Hironao Okahana and Enyu Zhou, Council of Graduate Education]

The Chronicle suggests that part of the reason for the decline are warnings faculty give undergraduates along the lines of “don’t get a PhD in philosophy unless you can’t imagine doing something else with your life”—warnings which are inspired by both the time and kind of work involved in getting a PhD and dim employment prospects.

Another possible explanation considered is that “hypercompetitive graduate programs are scaring away potential applicants.”

Philosophy does not always conform to the trends in other humanities disciplines. The study only reports on broad categories, such as “Business” and “Arts & Humanities.” I’ve sent an inquiry to the author of the report to see if they have data about philosophy in particular and will update this post if that is the case.

In the meanwhile, we can ask: have those involved with philosophy PhD admissions noticed a drop in applicants over the past several years?

(Since a decrease in applications to one’s program might not be information one is enthusiastic about broadcasting, let me remind readers that if they feel they need to, they can comment pseudonymously. Note: if you regularly comment under your own name here but will be using a pseudonym on this post, when entering your email address add a “DN” to the beginning of it so as to prevent the commenting software from recognizing you.)