The following is a guest post* by Amy Olberding, professor of philosophy at the University of Oklahoma, in which she shares some, uh, unusual funding and awards opportunities.

If you know of similar ones, please share them in the comments. 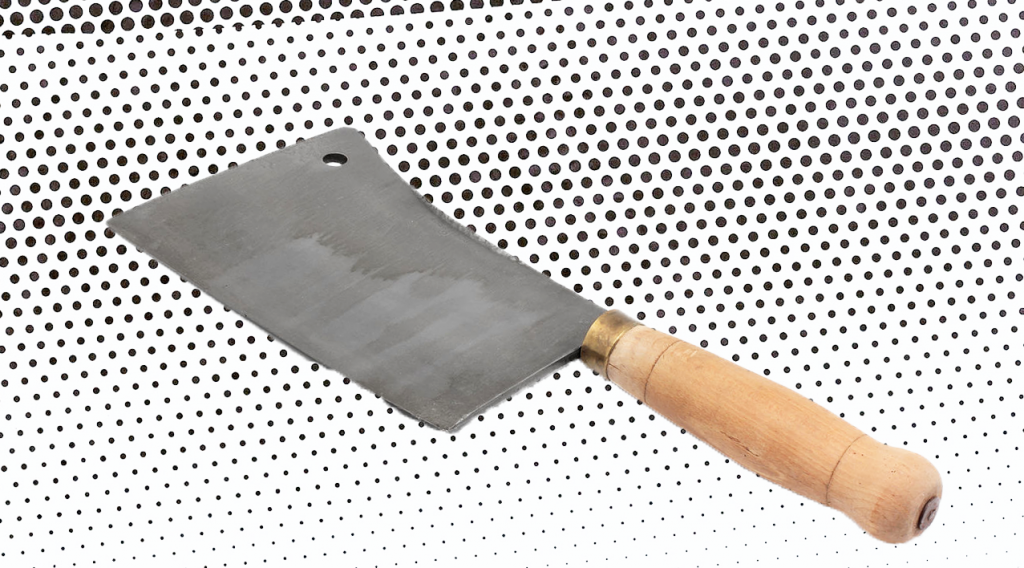 It’s that time of year again, that time when competition season heats up for various prizes, awards, and fellowship opportunities.  As always, we provide here a list of the possible riches that could be yours. So sharpen your pencils, crack your knuckles, and go out there and WIN, Deviants!

Using an Ox Cleaver to Kill a Chicken Prize¹
Deadline: Sept 15.
This award is granted annually to the book review that shows the least mercy and most unreserved glee in shredding the modest philosophical work of others.  So if you have a book review that engages in wild overkill and, better yet, conveys your superior intelligence in brutal blood-letting fashion, send your submission now!

Four in the Morning and Three at Night Fellowship²
Deadline:  Oct 2 (or Nov 8 or Dec 12 – whatever makes you happy since it’s all arbitrary anyway)
This one-year fellowship is granted to support work that cheers and impresses other scholars while cleverly declining to offer anything substantively new or different.  Successful proposals should leave everything intellectually just as it is, yet create the happy impression that they have offered novel innovation.

Questions which Tend not Toward Edification Fellowship³
Deadline:  Nov 10.
This fellowship is awarded to that work which most successfully dodges all real human struggle and problems by taking the least urgent, most abstract, and utterly obtuse speculative endeavor as a totalizing, life-governing obsession.  Scholars submitting proposals for this fellowship, be warned:  Unless you have devoted years of so-far-fruitless labor to compiling extensive notes that will almost certainly never yield any identifiable human good, this is not the fellowship for you.  I.e., competition for this fellowship is especially fierce.

Climbing Trees in Search of Fish Fellowship⁴
Deadline:  Dec 1.
This fellowship is granted annually to that “mainstream” and “western” philosophical work that fulfills two key desiderata:  1) The work must avidly and energetically seeks to address a question historically neglected by the “mainstream,” and 2) the work must ignore vast – nay, mountainous! – heaps of work on the question pursued in “non-mainstream” and “non-western” literatures.  Successful projects will heroically ignore whole territories of human inquiry in favor of retrieving the tiniest scraps of possibility from recognized and thus reputable “western” and “mainstream” sources.

Uncarved Block Prize⁵
Deadline:  Dec 1.
In the interest of promoting “diversity,” this award is granted annually to work that engages the “non-mainstream” and “non-western” while simultaneously bundling everything that might be so described into one amorphous blob.  Successful proposals should mistake Buddhists for Daoists, India for Japan, and make free reference to fortune cookies while discussing Confucianism.  NB for the unaware:  All past successful proposals have utilized the phrase “The One” wantonly, so if you apply, make sure to go there.

Notes for the curious:
[1] Phrasing from Analects 17.4, in which Confucius snobbishly insults an overeager, too ambitious musical performance heard in the provinces.[2] Zhuangzi, Chapter 2:  “When the monkey trainer was passing out nuts he said, ‘You get three in the morning and four at night.’ The monkeys were all angry.  ‘All right,’ he said, ‘you get four in the morning and three at night.’  The monkeys were all pleased.  With no loss in name or substance, he made use of their joy and anger because he went along with them.” (Trans. A.C. Graham)
[3] Phrasing from the Buddhist text, “The Lesser Mâlunkyâputta Sutta.”
[4] Phrasing from Mengzi’s critique of rulers who insist on moral posturing and punitive measures while the common people labor in poverty and deprivation (Mengzi 1A17).
[5] Phrasing employed in “Daoist” sources, Laozi (Daodejing) and Zhuangzi.

Is the “Questions which Tend not Toward Edification Fellowship” the same Fellowship Albert Einstein was awarded in 1916 for his quixotic search for a relativistic theory of gravitation?Report

I’m not sure about Einstein, but I heard that Bertrand Russell was once rejected for the “Questions which Tend not Toward Edification Fellowship.” Reportedly, the committee thought his early work on mathematical logic wasn’t quite abstract and speculative enough. Some even worried that it could indirectly yield a human good.Report

I believe Einstein’s Fellowship was retracted, and required to be repaid post-mortem from his estate, after the invention of GPS.Report

It’s well known that Einstein received the ‘Questions which Tend not Toward Edification Fellowship’ for his work on the photoelectric efect, which was in fact quite useful, only to make up for the fact that he didn’t receive the fellowship in 1916 for his work on relativity.Report