What do people’s tastes in books tell us about their personalities? More specifically, what can we learn about people’s personalities from their preference for philosophy books? A team of researchers from Disney Research and the Singapore Ministry of Defense (what a combination!) used self-reported personality data from Facebook and user-supplied book-genre tags from Goodreads to try to find this out.

For personality, they used the “Big Five” model, which looks at degrees of extraversion, agreeableness, openness, neuroticism and conscientiousness.

They found that books tagged “philosophy” were associated with a greater degree of openness and a lesser degree of neuroticism.

Note that books in this tag are not just academic philosophy books, but include books in the following categories: philosophical novel, spirituality and religion, science and technology, philosophy and psychology, Arabic books, politics and economics, among others.

The following chart shows where philosophy is in terms of openness and conscientiousness. 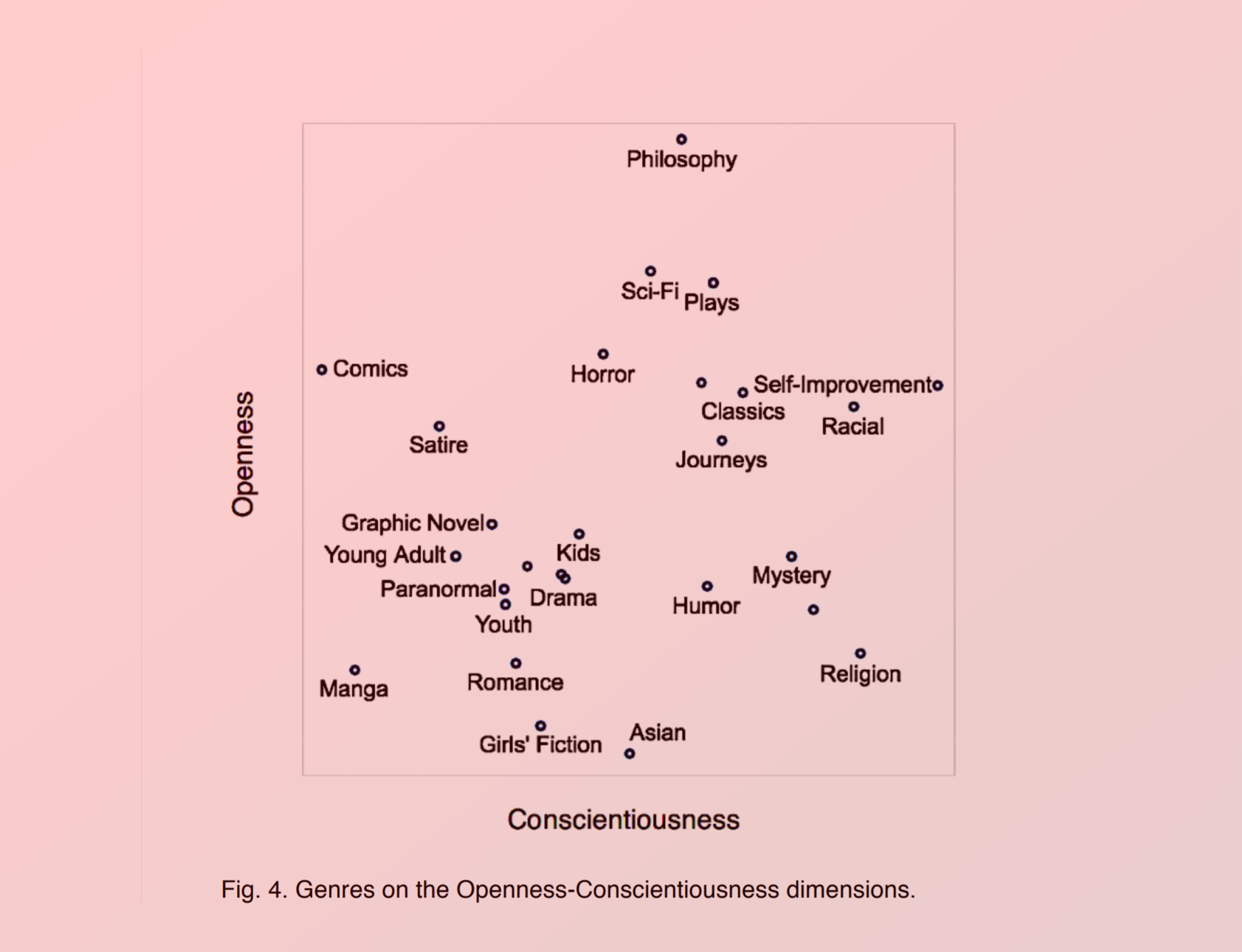 An earlier study about personalities and college majors, by psychologist Anna Vedel, found that “Arts/Humanities” majors, as a group, scored higher than other groups on openness and neuroticism, high on agreeableness, low on extraversion, and consistently lower on conscientiousness. However, a closer look at the data from that study suggested that philosophy majors are less neurotic than Arts/Humanities majors as a whole. (Whether majoring in philosophy is correlated with a preference for books tagged “philosophy” in the book genre and personality study is unknown.)

Interesting that there is a genre of books called “Asian” whose readers have roughly the same degree of conscientiousness as those of “Philosophy” but have radically different openness. Also, comics and the genre “Racial” seem to be two poles of conscientiousness with about the average openness. What are “Asian” books? What are “Racial” books? What kind of population sample is this study based on?Report