Delia Graff Fara, professor of philosophy at Princeton University, died this past Tuesday. She was 48 years old.

She spent most of her career at Princeton, with a few years along the way at Cornell. She received her PhD in philosophy from MIT, and was an undergraduate at Harvard.

(This post will be updated as further information and links to obituaries elsewhere become available.)

[Thanks to Karen Lewis, Benj Hellie, and Jason Stanley for corrections to information in the original version of this post regarding Professor Fara’s age, day of passing, and career.]

UPDATE: The Collegium of Black Women Philosophers has posted an obituary for Professor Fara, authored by Jason Stanley (Yale), which I repost with his permission, below:

Fara’s work has had a massive influence on multiple areas of contemporary philosophy, but most especially contemporary work in philosophy of language. When she entered philosophy of language, it was a field detached from empirical work in linguistics, and absorbed in a debate about the semantic content of proper names and definite descriptions that increasingly had shed its connection to other fields even within philosophy. It was increasingly less clear why the topic of names and descriptions was philosophically central.

Fara was an instrumental figure in a major shift in the philosophy of language, to its current state where it is deeply intertwined with empirical work. Ironically, she did so by focusing on the topic of proper names and descriptions, beginning with her now classic paper “Descriptions as Predicates”, which was awarded the APA article prize for the best article by a younger scholar in any area of philosophy for the years of 2001 and 2002. Her work on names and predicates continued throughout her career, increasingly beset by illness, culminating in her 2015 Philosophical Review paper, “Names as Predicates”. Taken together, her work on this topic reconnects the multi-decade debate on proper names and predicates both to empirical linguistics as well as the topics in metaphysics that led Saul Kripke to focus on these constructions in the first place in his seminal work, Naming and Necessity. Thanks to this body of work it is now possible to see why these seemingly obscure topics were so central to the founding figures in the analytic tradition.

The problem of vagueness is considered by many, both from a technical perspective in logic and a broader philosophical perspective, to be the hardest area of analytic philosophy. Here too, Fara’s contributions match those of anyone in the field. Her paper “Shifting Sands: An Interest Relative Theory of Vagueness”, is one of the most cited papers in analytic philosophy in the 21st century. In it, she argues that the problem of vagueness runs so deep as to force us to reconsider the nature of the reality we discuss. To solve it, she argues, we must accept that the properties and objects that we refer to are themselves constituted in part by human interests. According to her, no solution less radical than this is adequate to the challenge vagueness poses. Her work on vagueness was deeply impactful across many fields of philosophy, from philosophical logic to epistemology, where her “interest-relative metaphysics” was pivotal in the systematic development of a novel view about the nature of knowledge.

Fara was a treasured member of multiple fields in philosophy. During her tragically short career, she produced, even in its later stages when she was beset by illness, work that has permanently altered the landscape of analytic philosophy. Her papers are already classics, regularly anthologized and required reading in graduate and undergraduate classes in philosophy of language, philosophical logic, and metaphysics. She will be sorely missed, but never forgotten. 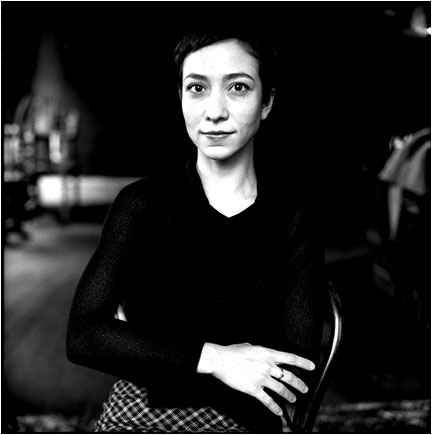 OMG. so sad. I have read her writings, RIPReport

This is such a heartbreaking shock.Report

I am not smart enough to understand Delia’s philosophy work, or even this description of it. But I am glad I knew Delia as a generous and wonderful person, whose smile lit up the world. I will cherish her memory and end my condolences to all who knew her.Report