The American Association of University Professors (AAUP) has written a letter to Alan Walker, President of Sierra Nevada College, regarding the recent termination of Samantha Bankston, an associate professor of humanities who taught philosophy and other subjects at the school, and Dan Aalbers, a psychology instructor there.

Hans-Joerg Tiede, the AAUP’s associate secretary and author of the letter, observes that the notices of termination received by Bankston and Aalbers were “seriously deficient when measured against standards generally accepted in the academic community.” The letter also draws attention to questions regarding the college’s rationale for firing the professors, and notes that the school has not informed them as to whether they will be allowed to file grievances about the decision.

The AAUP suggests that in the absence of other relevant information, Aalbers and Bankston be reappointed for the coming academic year and that any action regarding their employment be in conformity with the appropriate academic standards. 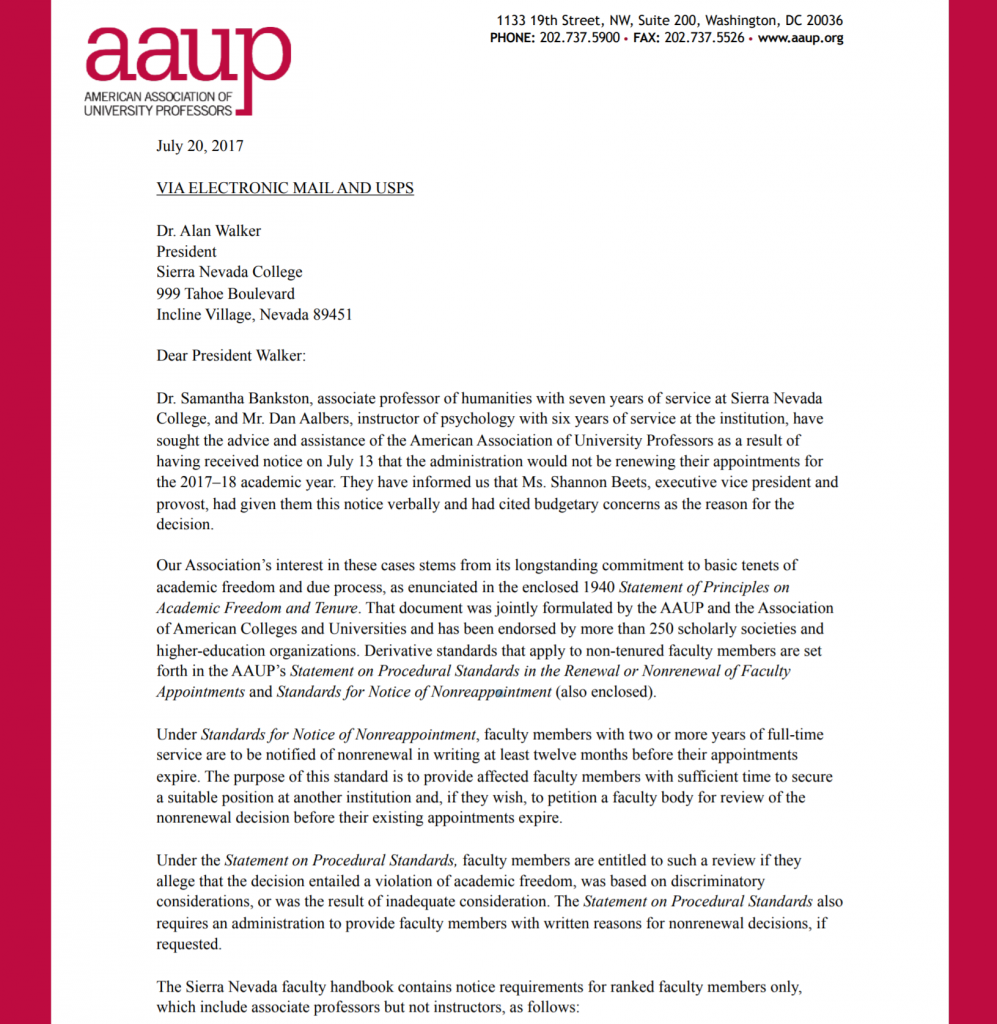