James Williams, a doctoral student at the Oxford Internet Institute who works on the philosophy and ethics of technology design, and who previously worked at Google, is the winner of the inaugural Nine Dots Prize. The prize solicits 3,000-word essay responses to a question, and the winner receives $100,000 and to write a book expanding on the ideas of the essay, to be published by Cambridge University Press.

The question in the prize’s inaugural year was: “Are digital technologies making politics impossible?” There were over 700 submissions.

Digital technologies privilege our impulses over our intentions. They are increasingly designed to exploit our psychological vulnerabilities in order to direct us toward goals that may or may not align with our own. In the short term, this can distract us from doing the things we want to do. In the longer term, however, it can distract us from living the lives we want to live, or, even worse, undermine our capacities for reflection and self-regulation, making it harder, in the words of philosopher Harry Frankfurt, to ‘want what we want to want.’ A primary effect of digital technologies is thus to undermine the operation and even development of the human will. This militates against the possibility of all forms of self-determination at both individual and collective levels, including all forms of politics worth having.

There were over 700 submissions.

According to its website, “the Nine Dots Prize is a new prize for creative thinking that tackles contemporary societal issues… The aim of the Prize is to promote, encourage and engage innovative thinking to address problems facing the modern world. The name of the Prize references the nine dots puzzle—a lateral thinking puzzle which can only be solved by thinking outside the box.”

The prize is funded by the Kadas Prize Foundation, which is directed by financier Peter Kadas.

In case you don’t know it, here is the Nine Dots puzzle. 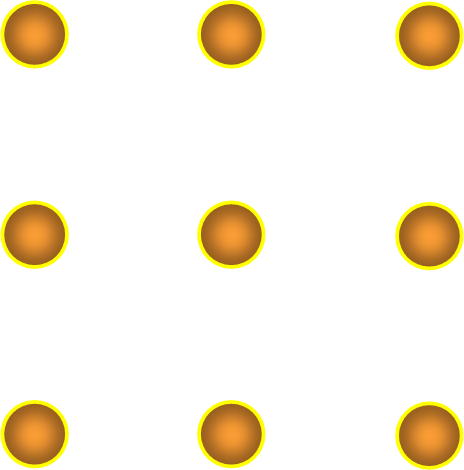 Your task is to draw four straight lines through the puzzle
without lifting your pencil, such that when done,
each of the nine dots has at least one line crossing its center.

For the solution, go here.

I don’t know about anyone else, but I don’t think all or even most of the essays that will win in the future will be worthy of a whole book. I’d much rather see a compilation every 10 years, or to break the prize money up a bit and give it to multiple people every year without the book. Maybe I’m just being unjustifiably cynical here, but 100k is a lot for one person, and winning an essay prize, however competitive it is, doesn’t mean that your submission should be expanded into a book.Report

$100,000 is in the ballpark of what a year’s paid teaching leave costs, and that in turn is about how long you need to break the back of a short book project. Compared to the rather bureaucratic process of applying for a grant for that project from (most) funding sources, just writing a 3,000 word essay strikes me as quite elegant. No, probably a large number of funded books won’t be that good, but that’s true for grant funding too.Report

Can it be a small book? Oh, and why waste time doing four lines on the nine dot puzzle when three will do?Report

Depending on the size of the dots, the three line solution probably requires more actual ink. So it depends on the relative time cost of continuing to draw a line vs turning your pen to draw a new line.Report

Actually, reading more carefully, the way this version of the puzzle is stated requires the lines to go through the centers of each dot. Thus stated, I don’t think there’s a three-line solution.Report