Richard Hamming, a mathematician and scientist who worked on the Manhattan Project at the Los Alamos Laboratory, Bell Labs, and the Naval Postgraduate School in Monterey, California, gave a talk, “You and Your Research,” at a Bell Communications Research Colloquium Seminar in 1986, a few years before he died, on the difference between the great scientists who make significant contributions and those whose work is forgotten.

Hamming, drawing on over forty years of experience as a researcher, described the characteristics of scientists who are able to do “first-class work.” As he says, “each of you has one life to live… Why shouldn’t you do significant things in this one life, however you define significant?”

Here are some of his observations.

Have Courage
One of the characteristics you see, and many people have it including great scientists, is that usually when they were young they had independent thoughts and had the courage to pursue them… Once you get your courage up and believe that you can do important problems, then you can. If you think you can’t, almost surely you are not going to…

Big Problems Are Made Of Small Problems
Age is another factor which the physicists particularly worry about… But let me say why age seems to have the effect it does… When you are famous it is hard to work on small problems…  The great scientists often make this error. They fail to continue to plant the little acorns from which the mighty oak trees grow. They try to get the big thing right off. And that isn’t the way things go.

Look For How Defects Can Be Turned Into Assets
What most people think are the best working conditions, are not. Very clearly they are not because people are often most productive when working conditions are bad… I think that if you look carefully you will see that often the great scientists, by turning the problem around a bit, changed a defect to an asset. For example, many scientists when they found they couldn’t do a problem finally began to study why not. They then turned it around the other way and said, “But of course, this is what it is” and got an important result. So ideal working conditions are very strange. The ones you want aren’t always the best ones for you…

The More You Know, The More You Learn
One day about three or four years after I joined, I discovered that John Tukey was slightly younger than I was. John was a genius and I clearly was not. Well I went storming into Bode’s office and said, “How can anybody my age know as much as John Tukey does?” He leaned back in his chair, put his hands behind his head, grinned slightly, and said, “You would be surprised Hamming, how much you would know if you worked as hard as he did that many years.” I simply slunk out of the office!

What Bode was saying was this: “Knowledge and productivity are like compound interest.” Given two people of approximately the same ability and one person who works ten percent more than the other, the latter will more than twice outproduce the former. The more you know, the more you learn; the more you learn, the more you can do; the more you can do, the more the opportunity – it is very much like compound interest. I don’t want to give you a rate, but it is a very high rate. Given two people with exactly the same ability, the one person who manages day in and day out to get in one more hour of thinking will be tremendously more productive over a lifetime. I took Bode’s remark to heart; I spent a good deal more of my time for some years trying to work a bit harder and I found, in fact, I could get more work done. I don’t like to say it in front of my wife, but I did sort of neglect her sometimes; I needed to study. You have to neglect things if you intend to get what you want done. There’s no question about this.

Believe Enough And Doubt Enough
There’s another trait on the side which I want to talk about; that trait is ambiguity. It took me a while to discover its importance. Most people like to believe something is or is not true. Great scientists tolerate ambiguity very well. They believe the theory enough to go ahead; they doubt it enough to notice the errors and faults so they can step forward and create the new replacement theory. If you believe too much you’ll never notice the flaws; if you doubt too much you won’t get started. It requires a lovely balance. But most great scientists are well aware of why their theories are true and they are also well aware of some slight misfits which don’t quite fit and they don’t forget it. Darwin writes in his autobiography that he found it necessary to write down every piece of evidence which appeared to contradict his beliefs because otherwise they would disappear from his mind. When you find apparent flaws you’ve got to be sensitive and keep track of those things, and keep an eye out for how they can be explained or how the theory can be changed to fit them. Those are often the great contributions.

Immerse Yourself In The Problem
Everybody who has studied creativity is driven finally to saying, “creativity comes out of your subconscious.” Somehow, suddenly, there it is. It just appears. Well, we know very little about the subconscious; but one thing you are pretty well aware of is that your dreams also come out of your subconscious. And you’re aware your dreams are, to a fair extent, a reworking of the experiences of the day. If you are deeply immersed and committed to a topic, day after day after day, your subconscious has nothing to do but work on your problem. And so you wake up one morning, or on some afternoon, and there’s the answer. For those who don’t get committed to their current problem, the subconscious goofs off on other things and doesn’t produce the big result. So the way to manage yourself is that when you have a real important problem you don’t let anything else get the center of your attention—you keep your thoughts on the problem. Keep your subconscious starved so it has to work on your problem, so you can sleep peacefully and get the answer in the morning, free.

I spoke earlier about planting acorns so that oaks will grow. You can’t always know exactly where to be, but you can keep active in places where something might happen. And even if you believe that great science is a matter of luck, you can stand on a mountain top where lightning strikes; you don’t have to hide in the valley where you’re safe. But the average scientist does routine safe work almost all the time and so he (or she) doesn’t produce much. It’s that simple. If you want to do great work, you clearly must work on important problems, and you should have an idea…

Sell Your Work
I have now come down to a topic which is very distasteful; it is not sufficient to do a job, you have to sell it. “Selling” to a scientist is an awkward thing to do. It’s very ugly; you shouldn’t have to do it. The world is supposed to be waiting, and when you do something great, they should rush out and welcome it. But the fact is everyone is busy with their own work. You must present it so well that they will set aside what they are doing, look at what you’ve done, read it, and come back and say, “Yes, that was good.” I suggest that when you open a journal, as you turn the pages, you ask why you read some articles and not others. You had better write your report so when it is published in the Physical Review, or wherever else you want it, as the readers are turning the pages they won’t just turn your pages but they will stop and read yours. If they don’t stop and read it, you won’t get credit.

Don’t Get Distracted
Many a second-rate fellow gets caught up in some little twitting of the system, and carries it through to warfare. He expends his energy in a foolish project. Now you are going to tell me that somebody has to change the system. I agree; somebody’s has to. Which do you want to be? The person who changes the system or the person who does first-class science? Which person is it that you want to be? Be clear, when you fight the system and struggle with it, what you are doing, how far to go out of amusement, and how much to waste your effort fighting the system. My advice is to let somebody else do it and you get on with becoming a first-class scientist. Very few of you have the ability to both reform the system and become a first-class scientist. On the other hand, we can’t always give in. There are times when a certain amount of rebellion is sensible… I’m not against all ego assertion; I’m against some.

Be Wary Of Anger And Negativity
Another fault is anger. Often a scientist becomes angry, and this is no way to handle things. Amusement, yes, anger, no. Anger is misdirected. You should follow and cooperate rather than struggle against the system all the time.

Know Your Strengths And Weaknesses
I am an egotistical person; there is no doubt about it. I knew that most people who took a sabbatical to write a book, didn’t finish it on time. So before I left, I told all my friends that when I come back, that book was going to be done! Yes, I would have it done—I’d have been ashamed to come back without it! I used my ego to make myself behave the way I wanted to. I bragged about something so I’d have to perform. I found out many times, like a cornered rat in a real trap, I was surprisingly capable. I have found that it paid to say, “Oh yes, I’ll get the answer for you Tuesday,” not having any idea how to do it. By Sunday night I was really hard thinking on how I was going to deliver by Tuesday. I often put my pride on the line and sometimes I failed, but as I said, like a cornered rat I’m surprised how often I did a good job. I think you need to learn to use yourself. I think you need to know how to convert a situation from one view to another which would increase the chance of success.

If you really want to be a first-class scientist you need to know yourself, your weaknesses, your strengths, and your bad faults, like my egotism. How can you convert a fault to an asset? How can you convert a situation where you haven’t got enough manpower to move into a direction when that’s exactly what you need to do? I say again that I have seen, as I studied the history, the successful scientist changed the viewpoint and what was a defect became an asset.

There is more in the original lecture and the transcript of the discussion that followed it, which you can read here. 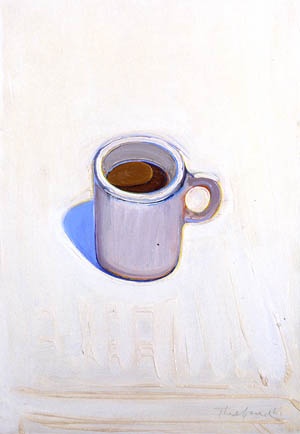