Christopher Howard, a graduate student at the University of Arizona who will be a research assistant professor at UNC Chapel Hill in the fall, has won the 2017 Metaethics Prize from the Marc Sanders Foundation.

The prize includes $10,000 and publication of the winning essay in Oxford Studies in Metaethics.

Mr. Howard will present his paper at the Wisconsin Metaethics Workshop (MadMeta) this September. It’s entitled “The Fundamentality of Fit.” Here’s its abstract:

Many authors, including Derek Parfit, T.M. Scanlon, and Mark Schroeder, favor a “reasons-first” ontology of normativity, which treats reasons as normatively fundamental. Others, most famously G.E. Moore, favor a “value-first” ontology, which treats value or goodness as normatively fundamental. I argue that both the reasons-first and value-first ontologies should be rejected because neither can account for all the normative reasons that, intuitively, there are. I advance an ontology of normativity, originally suggested by Franz Brentano and A.C. Ewing, according to which fittingness is normatively fundamental. The normative relation of fittingness is the relation in which a response stands to an object when the object merits—or is worthy of—that response. I argue that my “fittingness-first” ontology is no less parsimonious than either the reasons- or the value-first ontology, but it can plausibly accommodate the existence of all the normative reasons there are. It therefore provides a superior ontology of normativity.

Mr. Howard is the first graduate student to win this particular Sanders prize. 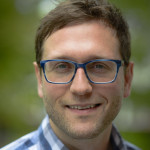