Last week, Tommy Curry, professor of philosophy at Texas A & M University, began receiving racist hate mail and death threats as a result of an opinion piece by a conservative pundit who framed remarks of his in a misleading way. Surprisingly, the president of his university, Michael K. Young, had been taken in by this deception and publicly condemned Curry’s remarks. Now, after a week of loud objections from the academic community (including an open letter of support), President Young has issued a new statement about what he previously said: 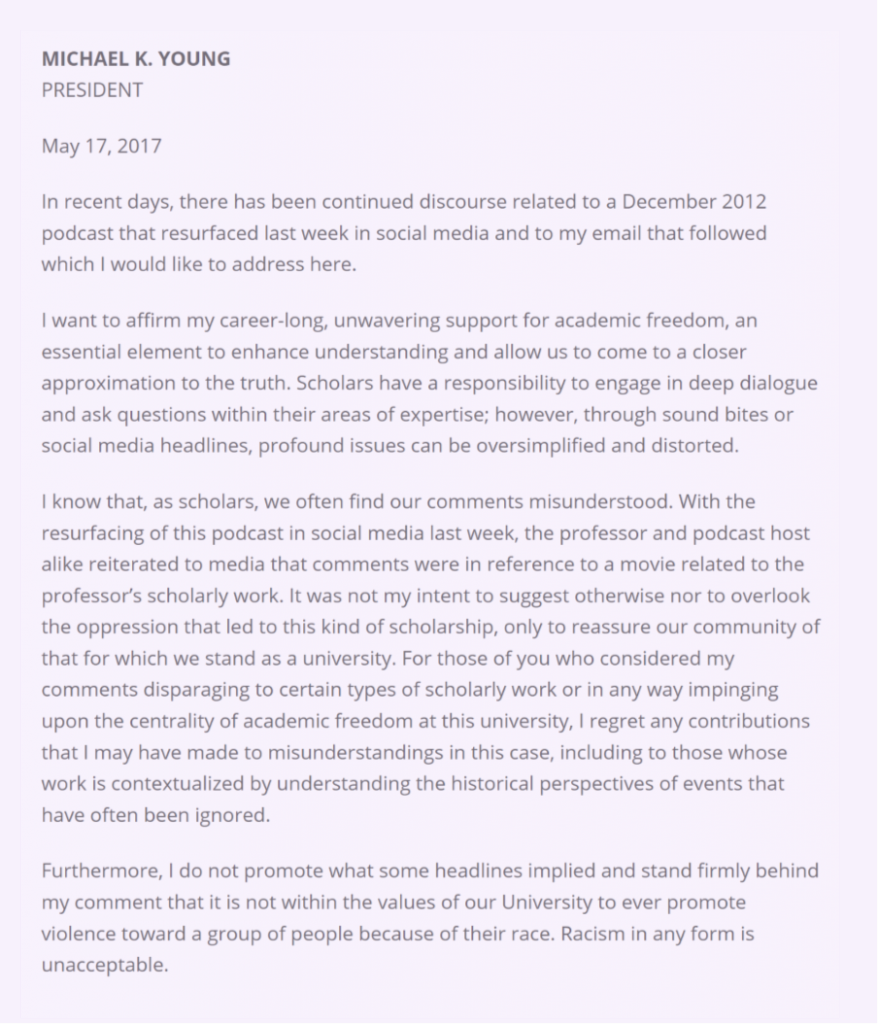 In the letter, President Young:

It would have been nice if he had just come out and said, “I owe Professor Curry an apology for hastily accepting and then promoting a caricature of his work that led to his receiving racist hate mail and death threats and I will take some time to reflect on why it was I was so easily misled,” but I suspect #5 is as close to that as we’ll see. The Eagle reports: “the spokesperson for the university said Young will not make further comments on the issue.”

Tommy Curry has had a rough eight days. “I have received death threats from white men and white women,” the black Texas A&M University professor said. “Many of these have called me a Nigger, a feral beast, a savage and a boy,” he added. “They have threatened to shoot me and my family. Some white women have claimed I am a rapist and would be lynched for [my] crime.”

Typical BS apology; “I regret that you misunderstood me.”Report