It is standard operating procedure at the University of St. Thomas (Houston) for faculty to receive and return their renewal contracts for the following academic year by May 15th. May 15th has come and gone, and not one of the 11 members of the university’s Department of Philosophy has received their contract (neither has anyone in the English Department there).Instead, on Monday, the president of the university, Robert Ivany, sent out a letter to the Philosophy Department that alerted them to the possibility that the philosophy program could be eliminated:

[See the update below for a follow-up email from the president which states that the administration does not intend to eliminate Philosophy.]

The University of St. Thomas in Houston is home to the Center for Thomistic Studies, with which many of its philosophers are associated, and which has the university’s only PhD program.

Here are the facts and their significance: every member of philosophy (11 of us) and every member of the English department (7 of us) was not given a contract. That means we do not know if we are going to return to the university in the fall. We are dangled, our very lives and profession, are dangling before the whim of a strong man. This is contrary to the explicit policy of the university, which flags May 15 as the latest contracts can be tendered. It is also contrary to the customs of UST and to the norms of academia at large. It is a deep attack on tenure. For tenure means continuous employment—only for reasons of dereliction of duty or moral turpitude could one be fired, or if the university is in financial exigency. That means it is about to shut down within the year if a drastic measure is not take. We are in no such situation and the administration does not claim this. We consider this to be an illegal act. English and Philosophy members (save one who chose not to participate) are discussing the case with a legal counsel.

The university does not appear to be in a situation of “financial exigency.”

The faculty in philosophy and English have created a fundraising site to help defray possible legal expenses.

There is some speculation regarding intentional age discrimination (a source informs me that the majority of the professors whose careers are threatened are over 65).

An article in the Houston Chronicle describes tension between faculty and Ivany over the search for his replacement:

alumni criticized the university’s search for a new president when no finalist interviewed on campus was a clergy member. Hundreds of them demanded the search committee reconsider a clerical candidate nominated by the Basilian order. In a Facebook group, they questioned St. Thomas’s commitment to the Basilians and the university’s Catholic roots.

The two fronts converged in the fall when the faculty budget committee said in a report that not interviewing the Basilian nominee could hinder Catholic student enrollment and slow donations to the university from the Basilian order.

In the letter to committee members, Ivany said the report “deeply disturbed” Basilian leadership and undermined the integrity of the search process. He closed the letter by saying disciplinary actions “up to and including potential termination of tenure and/or employment” may follow further commentary on the search process.

Threatening tenure evoked fear, professors said. “This is just without precedent,” said Mary Catherine Sommers, a member of the budget committee who has taught philosophy at the university since 1987.

UPDATE: The president of the university, Robert Ivany, sent an email to “Members of the St. Thomas Community” yesterday in which he states:

The University of St. Thomas understands that the educational needs of students and society change. UST, like other universities, has responded
to students’ increasing interest in market-driven professional and pre-professional programs…

Discussions among academic deans, the administration, board members,  faculty and staff are ongoing. The majority of UST faculty members received their contracts on May 15; those who did not were informed that they would receive them by June 12, 2017, following appropriate action, if required, by the Board of Directors. We will keep the university community informed as appropriate.

I couldn’t help but notice the language “nor does it intend…” and think of a doctrine for which the university’s namesake is well-known. 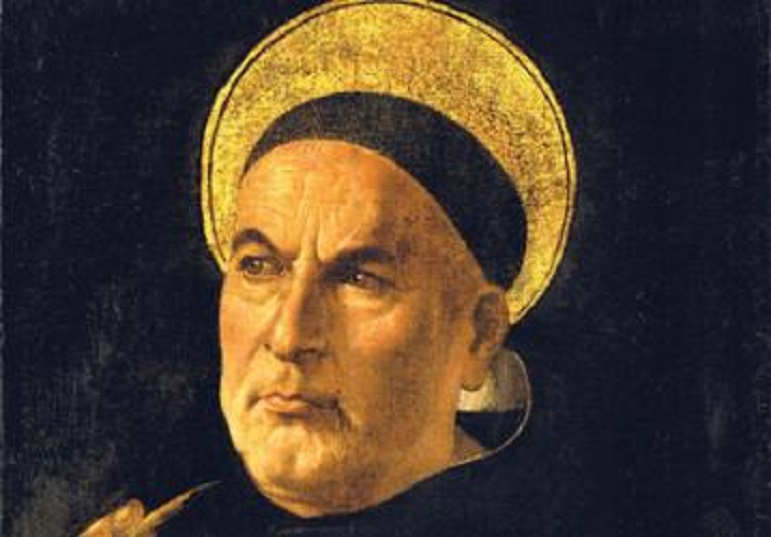 Thank you posting about this. Threats against tenure are threats to us all. And let us not overlook the irony of a supposedly Catholic University eliminating its philosophy program.

I hope someone will start a petition in solidarity and support of these professors.Report

I had a similar reaction as Justin: the “does not intend” of the second email can be reconciled with the first (leaving cancelation on the table) by leaving open the possibility of a revised intention later; the second email does not ensure safety of the program.

But I’d respectfully argue against any more petitions–how about a one-year moratorium?–because of petition fatigue. It seems that’s meant to be an answer anytime anything happens and has lost critical respectability, in my opinion.Report

Jon:
Fighting for what is just is indeed a tiring enterprise. But I don’t see why “fatigue” is a reason to stop doing so. Since perpetrators of injustice don’t seem to be taking a one-year moratorium, I don’t plan to do so either.

I find it tremendously sad that even Catholic Universities are bowing down to “increasing interest in market-driven professional and pre-professional programs.” All those who find value in philosophy and in the traditional understanding of what a university is should find this distressing.Report

Ironic coming from a school named for a philosopher.Report

It was through the rigorous Philisophy classes at UST that I closed the gap in my faith in God. Without that experience I may be an agnostic today. The philosophy classes also helped develop my critical thinking skills, which are put to use every day in my market-driven profession. UST used to be a university where you were prepared not only for your someday profession, but also for your life and your place in society and humanity.

My minor in Phillosophy from UST has been invaluable. With the recent single largest endowment EVER, UST is not hurting financially. Surely investing in the character development, thought leadership and critical thinking skills of the next generation is seen by the Board as a valuable exercise.Report

“Market-driven professional and pre-professional” programs. That’s rich! UST sold me that same hook line and sinker before they canned the bustling MIS program I graduated from a decade ago. The administration seems too self-centered and the general news circling among alumni has been very negative in nature the past year. It’s almost as if the University is focused ONLY on money and NOT on students and alumni. I personally know far too many graduates from this University that have felt totally abandoned by the University after graduation. The alumni network is too inconsequential and lacks substance. If the administration reduces the academics of Philosophy and English to a mere footnote for students, I for one will never donate to this University. I know several other alumni who also feel the same way. The administration might as well just rename the University to Houston Secular Academy at this point if they can liberal arts. No sense in even bothering to be a Catholic Liberal Arts University anymore.Report

Why does a Thomist university need a philosophy department??!Report

Think this thought that what if all of those studying for the priesthood at St. Mary’s Seminary in Houston take philosophical studies at this University then will this place do a major turnaround but no. They have forgotten what the meaning of the word Catholic is. Theses programs are needed for the molding and perseverance of Catholic Christian Philosophy and faith. Instead this place surrounded by waterdown wisdom on Christ’s teachings prefer a “Hipster Jesus” than a Jesus of St. Thomas’s visions. Sad for this rare jewel of the Only Catholic University in Houston TexasReport

“Forgotten” is probably too strong. But the assent to what is at issue seems only “notional” rather than real.Report

Why does philosophy make an education more Catholic? Shouldn’t the emphasis be on theology and Scripture?Report

Let’s be honest. Today, it is no crime to sell out. Universities normally have people at the top who are more utilitarian than intelligent. I remember Bloom’s “infamous” book in which he argued that college/university administrators are generally the last to demonstrate bravery when times are difficult. I certainly taught long enough to know the truth of his statement. Administrators are who they are. In the absence of creative ideas, use the only tool your position allows you: power. No way to solve problems and no way to treat people.Report