The Marc Sanders Foundation has announced that T. Scott Dixon, assistant professor of philosophy at Ashoka University (in India), is the winner of its annual metaphysics prize for his essay, “Plural Slot Theory.”

The prize includes publication of the article in Oxford Studies in Metaphysics and $10,000.

This year, there was a particularly large and strong pool from which to choose.  The judges (Karen Bennett, Ted Sider, Laurie Paul, Ross Cameron, and Jason Turner) had their work cut out for them.  In the end, four essays were offered publication in Oxford Studies in Metaphysics or given invitations to revise-and-resubmit—more than usual for this competition, indicating the strength of the field.

Below is the abstract for Professor Dixon’s winning essay:

Kit Fine (2000) breaks with tradition, arguing that, pace Russell (e.g., 1903: 228), relations have neither directions nor converses. He considers two ways to conceive of these new “neutral’” relations, positionalism and anti-positionalism, and argues that the latter should be preferred to the former. Cody Gilmore (2013) argues for a generalization of positionalism, slot theory, the view that a property or relation is n-adic if and only if there are exactly n slots in it, and (very roughly) that each slot may be occupied by at most one entity. Slot theory (and with it, positionalism) bears the full brunt of Fine’s (2000) symmetric completions and conflicting adicities problems. I develop an alternative, plural slot theory (or pocket theory), which avoids these problems, key elements of which have been considered by Yi (1999: 168 ff.), McKay (2006: 13), and Gilmore himself (2013: 229-30). Like the slot theorist, the pocket theorist posits entities (pockets) in properties and relations that can be occupied. But unlike the slot theorist, the pocket theorist denies that at most one entity can occupy any one of them. As a result, she must also deny that the adicity of a property or relation is equal to the number of occupiable entities in it. By abandoning these theses, however, the pocket theorist is able to avoid Fine’s problems, resulting in a stronger theory about the internal structure of properties and relations. Pocket theory also avoids a serious drawback of anti-positionalism. 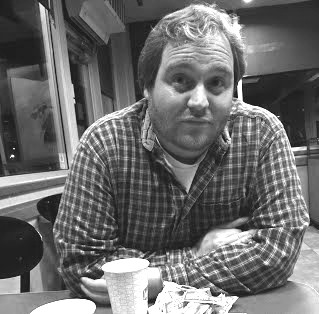 I went to undergrad with this extremely intelligent gentleman in MT way back when. He taught me to play guitar..Report