The Carnegie Corporation of New York has announced the winners of its 2017 Andrew Carnegie fellowships. Among the 35 new fellows are two philosophers: David Danks, L.L. Thurstone Professor of Philosophy and Psychology at Carnegie Mellon University, and Tommie Shelby, Caldwell Titcomb Professor of African and African American Studies and of Philosophy at Harvard University. 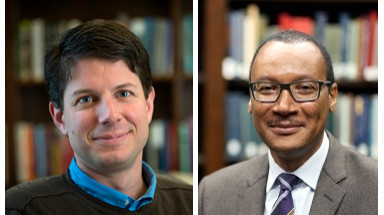 According to the Carnegie Corporation, “each fellow will receive up to $200,000 toward the funding of significant research and writing in the social sciences and humanities.”

Professor Danks work is “at the intersection of philosophy, cognitive science, and machine learning.” Professor Shelby works on Africana philosophy, social and political philosophy, philosophy of race, and social theory.