Alvin Plantinga, John A. O’Brien Professor of Philosophy at the University of Notre Dame, is the winner of the 2017 Templeton Prize. 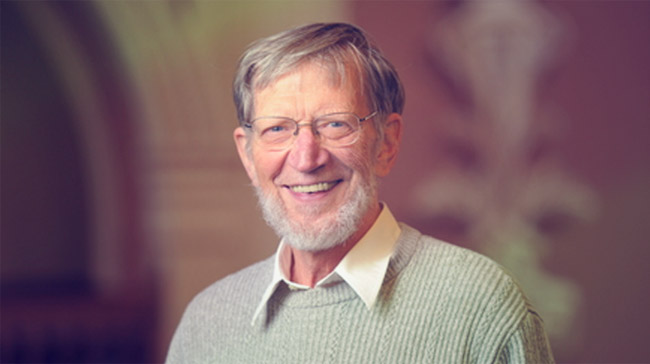 The prize, £1,100,000 (roughly $1.4 million), “honors a living person who has made an exceptional contribution to affirming life’s spiritual dimension, whether through insight, discovery, or practical works.”

In its prize announcement, the Templeton Foundation describes Professor Plantinga as “an American scholar whose rigorous writings over a half century have made theism—the belief in a divine reality or god—a serious option within academic philosophy.”

You can read more about the awarding of the prize here.

Plantinga definitely deserves this. He is hands down, the most influential and greatest mind out there today on the theist side. Anyone interested in western analytic philosophy of religion, regardless of stance, should admit this.Report

I don’t know. I like Robert Adams’s work better. I think it’s largely a matter of preference.Report

This influence of Plantinga (in philosophy of religion, as well as epistemology, and metaphysics) seems to me to have been greater than Adams (who has himself no doubt had a great influence in those areas! And also in metaethics). But maybe I’m wrong here.Report

Sour grapes are inappropriate under these circumstances. I prefer Wittgenstein or… so what? He deserves it for HIS work — it isn’t a contest, it’s rewarding good work.Report

Oh, there are no sour grapes here. I’m not upset at all that Plantinga won the award.Report

Well deserved on all counts!!!Report

That will buy a lot of air conditioners!Report

In case someone doesn’t get the above joke, here is the link. (And if you don’t get why the video is especially funny, see his model of warrant in WCB.)

Does anyone else here share my skepticism about paying academics millions of dollars to say nice things about religion?Report

No
Reply to  beauvoir's baby

Is that what you think they payed him for? There’s a difference between saying nice things about religion and using arguments to make theism a serious philosophical option.Report

beauvoir's baby
Reply to  No

Yes but the arguments have to be pro religion in some way. Plantinga’s arguments might be quality arguments, but I don’t think academics should be awarded on the basis of how their work might be useful for the advancement of a particular ideology (especially one that is, in so many of its guises, so anti-intellectual and regressive). Moreover, it’s venal, and it’s demeaning to scholarship. It’s a bit like a think tank that pays intellectuals to argue for particular political causes, like the Heritage Foundation or Cato Institute, except it’s managed to infiltrate the academy.Report

I’m not sure I see a problem where an organization would be willing to offer an award to someone whose work has been generally recognized to advance positions upon which the organization was founded to advance, unless the position were somehow objectionable. Is that your concern, Beauvior’s baby?Report

I doubt Plantinga’s arguments for the last forty years have been motivated by the hopes of winning the Templeton Prize.Report

That was not what I said nor implied.Report

Anyone else see Brian Leiter’s sour grapes post on this? If not, here’s a summary: “Plantinga’s smart, I guess. But God obviously does not exist, and no non-Christian philosophers have converted because of his work, so it can’t be that good.” Philosophical arguments rarely convert anyone – especially philosophers. So that Plantinga’s philosophy hasn’t changed the consensus (or whatever) is no surprise.Report

FWIW John Hick was much more deserving for such an award in my estimation. He duly considered the hard problems of the PR, pushed forward solutions that, while largely consistent with Plantinga’s on the problem of evil, also acknowledged possible flaws with that result with due epistemic humility. He also accepted the truth of evolution and the general epistemic stability of well-established scientific claims, and attempted to reconcile religious faith with them. While I am a non-theist–converted from conservative Protestant theism and thus not uninformed about all this–I would tout someone like Hick philosophically far above the more ideologically placed Plantinga. I also add that I respect Plantinga’s work in language and modal logic–though not enough to place him as a due recipient of this prize.Report

Hick is great–Evil and the God of Love is a classic. I rather think Marilyn McCord Adams has the most subtle and interesting approach to the problem of evil, for what its worthReport