Joshua Glasgow, Assistant Professor in the Philosophy Department at Sonoma State University and director of the university’s Center for Ethics, Law, and Society, is the winner of the 2017 David Baumgardt Memorial Fellowship. 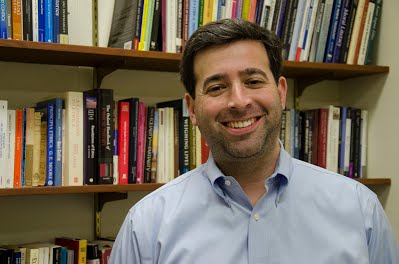 The Baumgardt Fellowship, founded in 1975, is awarded every three years by the American Philosophical Association (APA) to a philosopher selected by its Committee on International Cooperation. It includes a $10,000 prize and the honor of delivering a series of two to three public lectures, known as the Baumgardt Memorial Lectures. The title of Glasgow’s proposed lecture series is “Gratitude, Life, and Death,” according to an announcement email from the APA.

The Baumgardt Fellowship aims to “support and dissemination of research in the field of ethics.” According to the APA,

Competition for this fellowship is open to candidates of any nationality, working in any country, whose research has some bearing on the philosophical interests of the late David Baumgardt. Broadly speaking, these interests were in the examination and comparison of types of morality associated with strong cultural and religious traditions, such as Judaism and Christianity, or based on certain contrasting principles (for example, love and justice on the one hand, power or forgiveness on the other).

In a press release, Peter Graham, chair of the APA Committee on International Cooperation, says:

Professor Glasgow’s research draws from a wide range of intellectual influences, both inside and outside of the canonical figures of the Western philosophical tradition, and is sure to deepen our understanding of gratitude in our lives and the role that death places in the overall shape and value of human life.