The latest episode of the consistently fascinating Hi-Phi Nation, “The Ashes of Truth” is about looking back at one’s earlier choices and thinking of what could have been had you made different ones. Among those interviewed for the episode is acclaimed filmmaker Errol Morris, and he has some interesting things to say about Thomas Kuhn. 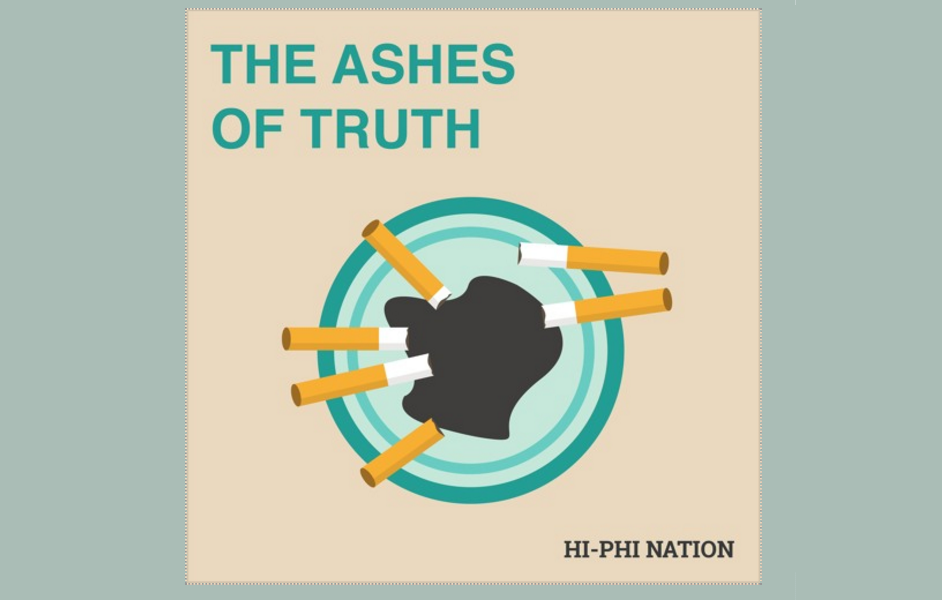 Morris, creator of such works as The Fog of War, Gates of Heaven, and The Thin Blue Line, begins by saying, “If only I could do it all over again, I could have taken, perhaps, a different course.”

What different course? Well, he wasn’t always a filmmaker. He started off in philosophy, and in the early 1970s he was a PhD student in the history and philosophy of science at Princeton. While there, he studied under Thomas Kuhn, author of the well-known The Structure of Scientific Revolutions (1962).

“Ending up with Kuhn, I believe, was one of my great misfortunes,” says Morris, continuing, “I see him as a fraud. Dogmatic. Inflexible. Abusive…” Morris ended up leaving his studies.

Now, 45 years later, Morris is writing a critique of Thomas Kuhn’s ideas, motivated in part by curiosity about the life he didn’t pursue.

You can hear more about that, and about his conflict with Kuhn, in the podcast below.

The creator and host of Hi-Phi Nation is Barry Lam (Vassar). To learn how to support his work on the podcast, go here.

Is this a rehash of the articles (in the NY Times?) that Morris did on Kuhn a few years ago? Those were, in my memory, slightly interesting, but also extremely self-indulgent and showed a pretty shallow understanding of the philosophical issues that Kuhn was interested in (and of philosophy more generally.)Report

The articles Matt mentioned can be accessed via here: https://opinionator.blogs.nytimes.com/tag/incommensurability/

It is pretty interesting to hear the first-person narrative from a person whose philosophical view somewhat vividly tells what it was like to be a philosopher of science in 1971, the ‘preservation’ of which could have been made due to his insulation from the mainstream philosophy ever since. Philosophical contents aside, Morris’ testimony of Kuhn’s urging not to attend Kripke’s lecture is also intriguing. Perhaps historians of philosophy can unearth the jewels from these stories.Report

Warren Goldfarb claims in the link below that this story (along with other stories by Morris about Kuhn) is false:

Many others apparently thought it bizarre as well. So perhaps we should take Morris’s words with a grain of salt.Report

I’m familiar with Kuhn’s work, having taken his undergraduate course at Princeton – a good many years ago now – on the philosophy of science. I admire Morris for the thoughtful and insightful work he has done over his life. But I found his attacks on Kuhn in his NYT blogs pretty superficial and, indeed, far too personally and egotistically motivated. I am sorry that as a graduate student Morris felt unfulfilled – and apparently underappreciated — in pursuing the philosophy of science under Kuhn’s tutelage, but that is a poor basis on which to conclude that Kuhn’s ideas and contributions to that field – which numbers of other full-fledged scholars in the field have obviously found inspiring and influential – simply must be all wrong and that he, Morris, after all these years (including Kuhn’s death in 1996) is the one best qualified to show they are wrong and overthrow them. Seriously? I really think, as Morris decided long ago that he was just not interested enough in the philosophy of science to pursue it and earn a degree, that he can find any number of worthier cultural issues to investigate now, similar to the work he has done before, that will genuinely enrich our understanding.Report

I was also a tiny bit disappointed with Barry Lam’s indulgence with Morris’ overly personal issues with Kuhn. I was glad someone (Patton) set the record straight and clarified what I had assumed had always been clear, namely, that Kuhn’s inquiry is descriptive and historical, not a substantive thesis about truth and science.Report