To the list of nonacademic career possibilities for a person with a PhD in philosophy, add “Chief Philosophy Officer”—a kind of philosophical counselor for business executives.

Michael J. Coren has authored a piece at Quartz about this kind of work:

Silicon Valley is obsessed with happiness. The pursuit of a mythical good life, achievement blending perfectly with fulfillment, has given rise to the quantified self movement, polyphasic sleeping, and stashes of off-label pharmaceuticals in developers’ desks.

Yet Andrew Taggart thinks most of this is nonsense. A PhD in philosophy, Taggart practices the art of gadfly-for-hire. He disabuses founders, executives, and others in Silicon Valley of the notion that life is a problem to be solved, and happiness awaits those who do it. Indeed, Taggart argues that optimizing one’s life and business is actually a formula for misery.

“I call it “the problematization of the world,” he said. “Once you start looking for this relatively new way of thinking—problem, challenge, solution, repeat—you see it nearly everywhere.” Instead of asking, How can I be more successful, he says, “It’s far more important to ask, ‘Why be successful?’”

Taggart is among a small band of “practical philosophers” entering the world of business. Serving as a kind of Chief Philosophy Officer, they summon ancient thinkers to probe eternal questions like, “How does one live a good life?” but also more practical ones like “What should my startup build?” This strand of philosophical inquiry, aided by books, blogs, and advisors, is gaining a small but intensely loyal following.

The article namechecks Stanford University’s Symbolic Systems program, mentions the recent trendiness of Stoicism, and notes that philosophical counseling is not yet reimbursed by health insurance plans. 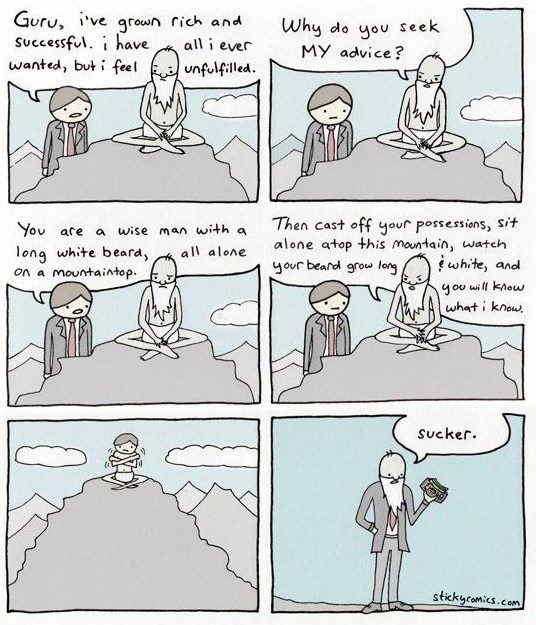 “The business community in Silicon Valley can really use philosophy,” said Joseph Walla, founder of HelloSign, who hosts other founders in his own reading group on the ancient Greek philosophy of Stoicism.

“Use” being the operative word here. Although Walla surely intends by this “benefit from,” it is difficult not to hear in the word “use” more troubling instrumentalist associations.Report