The following is a message from Professor Hanoch Ben-Yami, Head of the Department of Philosophy at Central European University (CEU), regarding recently proposed legislation threatening its continued existence in Hungary.

[UPDATE: Below the message from Professor Ben-Yami is a statement from the Yale University Department of Philosophy in support of CEU. If your department has authored a statement of support, you can email it to me and I will include it in an update to this post.]

I am sure you all know by now of the intentions of the Hungarian government to pass new laws that would make it impossible for the Central European University (CEU) to continue operating in Hungary, at least in its present, academically independent form. You can read more about it on our website. I’d first like to thank all those, and they are many, who have already supported us, either personally or through their institutions. And I would like to urge you to support us further, primarily by arranging that your departments and universities send the Hungarian government statements of support for CEU. A list of addressees and sample letters can be found on our #IstandwithCEU pages. You can also sign privately a petition in our support, which has collected by now close to 30,000 signatures.

I would also like to say a word about the nature of the conflict. CEU will continue to exist, in Budapest or, if worse comes to worst, elsewhere in Europe. Despite the significant difficulties we shall face if we move, it is not a battle for the survival of CEU in which we are engaged. We are primarily fighting for the values we represent: those of the enlightenment and open society, of human rights, freedom of speech, transparency of governance, pluralism and tolerance, and others. With thousands of alumni, we have been successful in spreading these values in Hungary, Central and Eastern Europe and beyond during the 26 years of our existence, and that is why the current government would like to see us gone. If we hadn’t been successful, then this government, which sees itself as promoting illiberal democracy—yes, illiberal democracy—wouldn’t mind our continued existence in Budapest.

This conflict, namely, is a forefront of a battle against these reactionary forces. Emboldened by the election of President Trump and by his strengthening connections with President Putin, Prime Minister Orbán is now attacking CEU, a bastion of the values of open society. In our support, we can list the Hungarian Academy of Sciences, The British Academy, Princeton University, 17 Nobel Laureates, and many others. I am confident on which side the overwhelming majority of the readers of my letter are. By showing your support you can join our struggle. 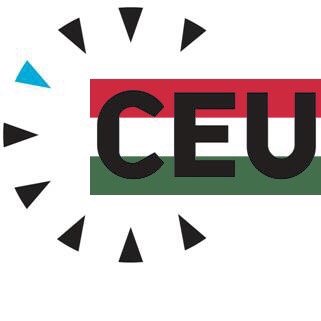 UPDATE (April 3, 2017): The Department of Philosophy at Yale has written in support of CEU: 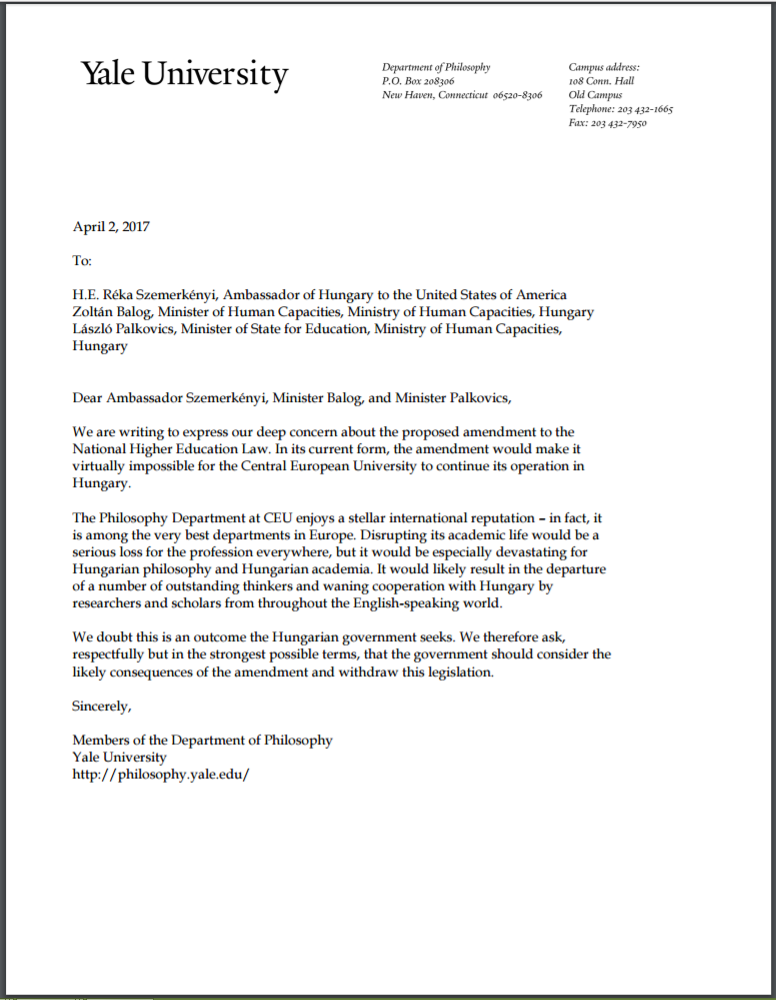 UPDATE British Philosophical Association(April 7, 2017): The has posted a letter in support of CEU: 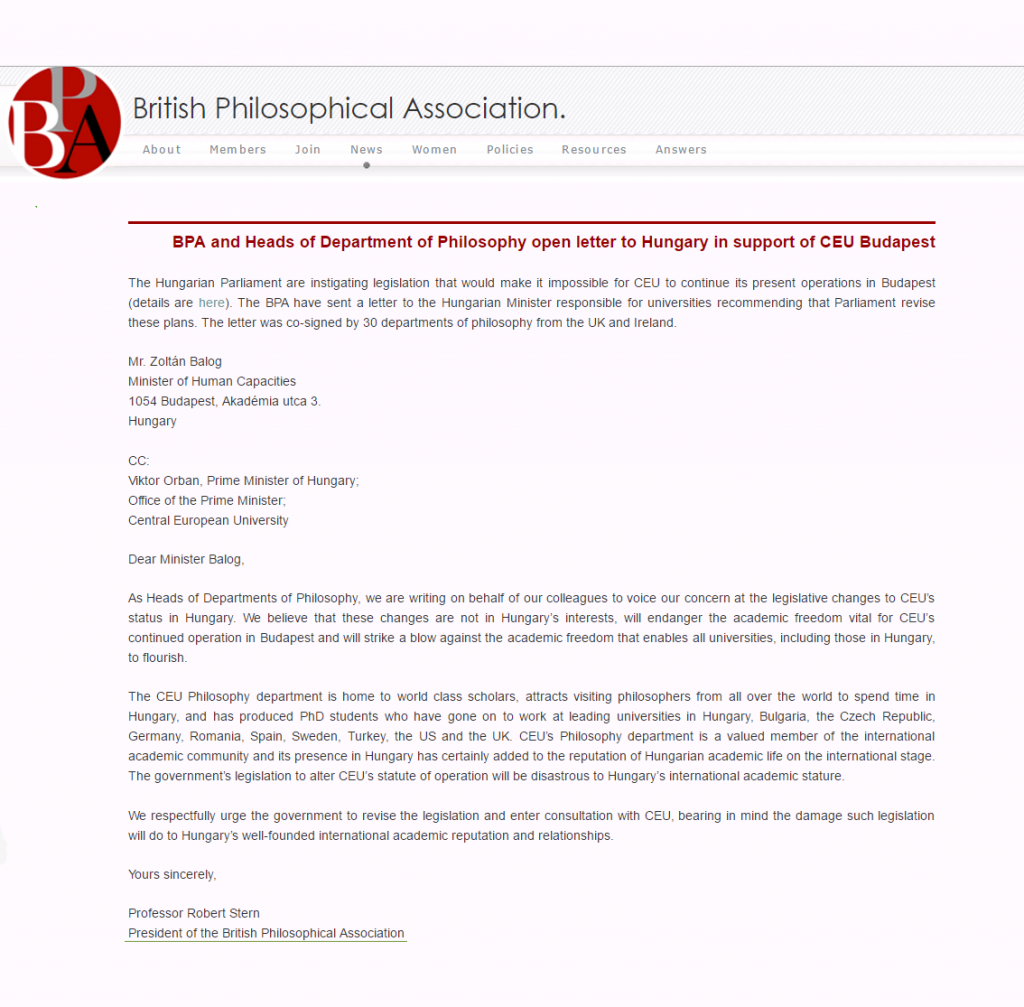 as an update, according to the change.org email i received today, it looks like orban is forcing debate on the bill tomorrow and a vote on tuesday.Report

What Orbán is doing is objectionable, and shameless. But it’s got nothing whatsoever to do with Donald Trump. Though, I suppose if your goal is to appeal to American academics, finding a way to shoe-horn his name into the letter is a good bet for sympathy.Report

Orban has praised Trump heavily and Orban (like Trump) is part of a wave of right wing populism that is sweeping Western nations. Trump’s victory did not just embolden the most appalling elements in American society. It also emboldened his authoritarians admirers in Europe. The letter is right to notice this.Report

Given that CEU was founded by George Soros, and given Soros’ perception among today’s nationalist-populists as someone actively working for global hegemony of a certain ideological stripe, I think it’s difficult to see this as anything other than a product of the populism that Trump represents. To say that is only to attribute these perceptions and motivations to the actors involved, of course; it is not to endorse them.Report

Despite the significant difficulties we shall face if we move, it is not a battle for the survival of CEU in which we are engaged. We are primarily fighting for the values we represent: those of the enlightenment and open society, of human rights, freedom of speech, transparency of governance, pluralism and tolerance, and others

Given that the export of ‘enlightenment values’ to eastern Europe after 1990 turned out to be mostly a moral, economic and demographic disaster, and given that I fundamentally disagree with most of the moral and ideological framework of classical liberalism, I can’t say this letter has made me in any way sympathetic to CEU or to Mr. Yami.

I’m not a conservative and have more than a few disagreements with Mr. Orban, but good for him for fighting back against attempts to export liberal values to countries that don’t want them, and good for him for trying to shut down Central European University. In the old communist era Mr. Yami would be in a labour camp, not just out of a job, so he should count his blessings.Report