Boston University philosophy major Clarinda Blais has created a program, the Free Philosophy Project, that brings philosophy discussions to homeless shelters. The project, which has been running for about a year and a half, began at the women’s center at St. Francis House, a day shelter in Boston, and has now spread to eleven shelters in the Boston area, reports The Washington Post.

Blais has trained other students at her school and at Harvard to run the discussions. Boston University’s philosophy department funds the project and will provide support to Blais as she develops a training manual to be used in a national expansion of the project.

Further information, including a video, here. 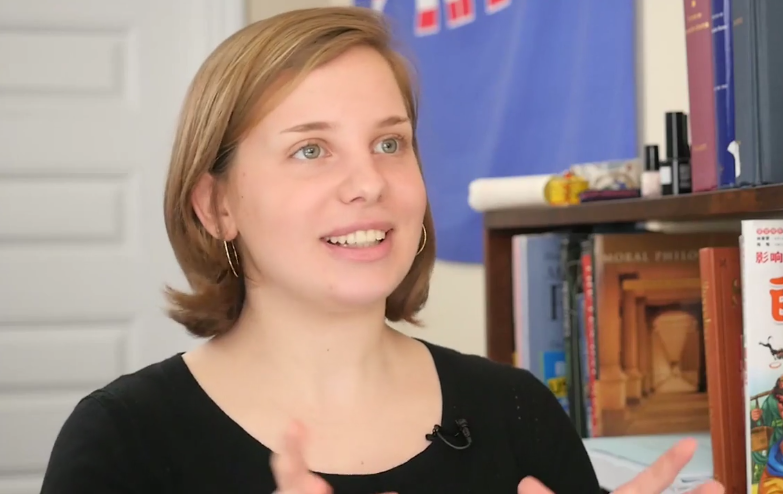 What a great idea! Like philosophy in prisons programs this is an outreach worthy of the highest praise! It treats a population that may have been disregarded intellectually as equally able to understand philosophical issues. Again, highest praise.Report

I feel like a bit of a grinch here, but I have my doubts about how valuable philosophy is to people in prison and people who are homeless. Might the talents of highly educated, well connected people be better spent helping those people get out of prison or not be homeless?Report

Derek Bowman
Reply to  Not sure

These are reasonable questions to ask so long as they don’t merely apply to prisoners and the homeless. How valuable is philosophy to any of us, given the various constraints and options we face in our lives? Is it merely a congenial diversion to those of us with the leisure to engage in it, or is there a deeper value to being able to reflect deeply on ourselves, our social world, and the nature of knowledge and reality?

If it’s merely a diversion for us, then perhaps it isn’t sufficiently better than other forms of diversion available to prisoners and the homeless. But if it’s something that brings deeper value to the lives of (stably housed, non-incarcerated) college students and professors, then it’s not clear why it might not bring similar value to those who find themselves in less desirable circumstances.

And if we’re going to ask these questions seriously, then we should look to what the prisoners and students at homeless shelters themselves say about the value of these efforts. There is a long literary and philosophical tradition of philosophers finding solace in philosophy, even in the face of poverty, imprisonment, and execution. And you can see here for one contemporary account of the value that incarcerated students seemed to find in their philosophy classes. https://freerangephilosophers.com/2016/08/21/nancy-mchugh/Report

DocFE
Reply to  Not sure

Depends on what you think philosophy can offer them. Will it save them from their condition? No. Will it stimulate their thinking and maybe tell them they are worthy human beings and not intellectually voids? Yes.

Sure, not all will benefit — but then think of your philosophy classes — do all the students benefit and get bettered? (If you think so, you are fooling yourself.)

The issue is not the results per se, but the trying, the treating people down on their luck as worthy and intelligent. Some of my best philosophical conversations were with heroin addicts back in the 70’s when I worked as a counselor-trainee in the Illinois Drug Abuse Program (as a recent b.s. in psych). These were people society deplored on the surface, but when dealing with them day to day I found many very intelligent and wanting some mental stimulation. You want to write them off, OK for you, for me this is a good deed that will go rewarded.Report

Where I live (Washington, DC) there is a paper called Street Sense which homeless people buy for (I think) fifty cents and sell to people walking by for a suggested donation of $2. I bought one and started talking to the man who sold it to me, and turns out all of the content in Street Sense is from homeless people. And they write some pretty deep stuff!Report

I love when something that would be perfect satire for a Netflix comedy happens in real life. Haha!Report

I’ve taught philosophy to prison inmates and /they/ will most certainly tell you it’s valuable.Report

If you’re skeptical of talk about “a deeper value to being able to reflect deeply on ourselves, our social world, and the nature of knowledge and reality,” you can always justify philosophy programs in homeless shelters on the grounds that there are bound to be homeless people who would enjoy philosophy. And you don’t have to restrict these discussions to large social issues. I bet plenty of homeless people would get a kick out of logical puzzles involving ‘This sentence is false’ or intransitive preferences.Report