Judge for the Tenth Circuit of the United States Court of Appeals and Supreme Court nominee Neil Gorsuch has a doctorate in philosophy from Oxford University, having written a thesis for his D. Phil under the supervision of John Finnis, known for his defense of “natural law” theory.

What does Gorsuch’s philosophical background tell us about the kind of Supreme Court judge he would be? Two philosophers have recently taken up that question: J. Paul Kelleher (University of Wisconsin, Madison) at Vox, and Gerald Dworkin (UC Davis) at New Rambler Review.

In “Neil Gorsuch’s ‘natural law’ philosophy is a long way from Justice Scalia’s originalism,” Professor Kelleher distinguishes between varieties of natural law theory, explains which Gorsuch endorses, and its implications for his judging. Kelleher argues that Gorsuch’s legal approach makes his “views about morality fair game during his confirmation hearings,” and suggests some questions for senators to ask him.

In “No Exit,” Professor Dworkin takes a close look at The Future of Assisted Suicide and Euthanasia, the book version of Gorsuch’s thesis. Dworkin cautions that “while Gorsuch was clearly influenced by Finnis, in no way should it be inferred that his use of modes of reasoning that are similar produces conclusions that are similar.” Dworkin investigates Gorsuch’s defense and use of his “inviolability-of-life” principle, taking a critical look at Gorsuch’s thoughts about its implications.

(If you come across other work by philosophers on Gorsuch, please provide a link in the comments.) 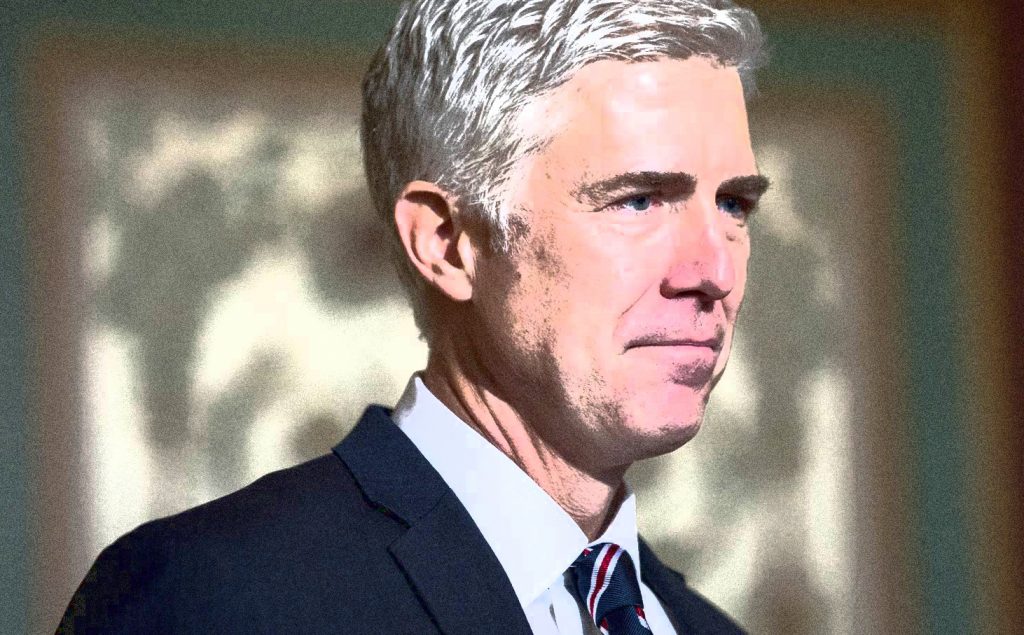 It’s perhaps a small difference, but Gorsuch’s DPhil is from the law faculty (in law/jurisprudence) and not from the philosophy faculty at Oxford. Some of the law DPhil’s are very philosophical, others much less so. Probably Gerald Dworkin’s review of the book that resulted is the best place for people to go if they want to know how philosophical this dissertation (and so perhaps Gorsuch) is.

Another discussion that might be of interest to philosophers is this one, by legal and political theorist Cory Brettschneider, from Brown:

Here’s a link to a blog post that I did no Gorsuch and the Natural Law.

Having written on Hobbes and natural law theory over the years, I am no more sanguine (as Hobbes might say) about a natural law theorist than I was about an originialist. The problems are different but serious. For originialists the issue was how to get into the heads of those in the past — today in law courts no one accepts another’s claim of what someone else thought, so why do we accept this for the Constitution’s intent?? As to natural law: there is no argument that can justify it as God’s will – which is it’s supposed strength. Then, what is natural varies from person to person. Since he is a natural law theorist, please explain what natural law theory he embraces. Aristotle? Aquinas? Natural law theory, apart from Aristotle is a religiously based theory. And there we are again, religion and politics in the interpretation of human-made law. Not a good blend.Report

A fine little thing. I've installed this now. My thanks to Mr Chen, and may he flourish in his PhD!

I don't understand how the extension replaces the service. Maybe I'm missing something. (I also paid for the membership)

Author Co. on Which Philosopher Co-Authors Most?

A different but also interesting issue concerns the percentage of one's publications that are co-authored (perhaps given some minimum number of publications--five, say). [Maybe someone

Thanks for reminding everyone about the Friends of SEP program, which is worth joining apart from the printable PDFs, because it supports the SEP. Membership

I just subscribed and paid for the the "friends of the SEP" program to support their work and also to download printable pdfs. This extension

David Wallace on Which Philosopher Co-Authors Most?

My guess is that the philosopher with most co-authors - by far - is Owen Maroney (Oxford), who was a member of the CMS collaboration, […]

SCM on Which Philosopher Co-Authors Most?

Like Colorado for shark attacks, I'm joint first for least!

Branden Fitelson on Which Philosopher Co-Authors Most?

I've had over 50 co-authors. Not sure how that rates, but seems like a lot for a philosopher.

cozy author on Which Philosopher Co-Authors Most?

For what it is worth, there are 26 co-authors listed on H's google scholar page.

Andrew W on Which Philosopher Co-Authors Most?

John Hawthorne seems to coauthor a lot, but I wouldn't pretend to have done any kind of comprehensive survey.

Simon Căbulea May on Philosophy Grad Programs and the GRE, 2021-22 Application Cycle

The Philosophy Department at Florida State University will no longer be requiring GRE scores for admission to the MA and PhD programs, although applicants may […]